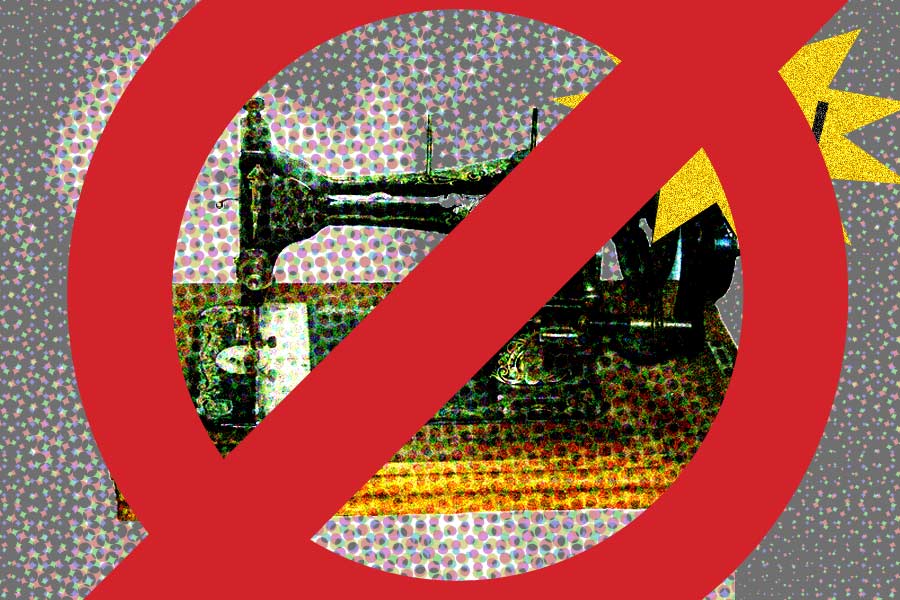 If you use ad-blocking software, those bits of code that prevent advertisements from appearing on your browser as you surf the web, you’re stealing. Not in the same sense as walking into a shop, grabbing the nearest item and walking out, admittedly. But in the sense that you’re using resources, and not only failing to offer any compensation, but also preventing anyone else from doing so for you. Prior to ad blockers, you had something for nothing, because someone else was paying. With ad blockers, nobody’s paying. Before long, you’ll get what nothing deserves.

Recently, Apple hosted a keynote event where they launched their new iOS9 operating system. It’s compatible across a host of Apple models dating back as far as the iPhone 4s, and will offer useful features such as identifying unknown callers, an improved version of Siri, and even iPad multitasking. It will also include something that has website owners and journalists in a state of mild panic: the company’s first foray into built-in ad blocking, an area that’s already growing at a rate of around 70% annually.

To be fair, let’s acknowledge that there are certain sites where blocking advertising is understandable: those hopelessly spammy ones with multiple pages per article and ads flying out of all corners. But unless you’re carefully calibrating all your settings, when you use an ad blocker, you’re probably blocking ads on most sites you visit, so it’s important to look at what that means.

Ars Technica and the early adopters
If you want a glance at the future of the web, the people obsessed with its technology are a good place to start. Ars Technica, a popular technology review and commentary website, is ranked just outside the world’s top 1000 websites for views, according to web ranking agent Alexa.com, and was facing a funding problem due to ad blocking as far back as 2010. Being technical types, they found an interesting way of dealing with the problem, which may presage a coming ad-blocking arms race.

As founder and senior editor, Ken Fisher doesn’t agree with the stealing analogy, but does starkly explain the stakes of ad blockers. “My argument is simple: blocking ads can be devastating to the sites you love. I am not making an argument that blocking ads is a form of stealing, or is immoral, or unethical, or makes someone the son of the devil. It can result in people losing their jobs, it can result in less content on any given site, and it definitely can affect the quality of content. It can also put sites into a real advertising death spin. As ad revenues go down, many sites are lured into running advertising of a truly questionable nature.”

So Ars Technica asked their technically knowledgeable readers to turn off ad blockers, either generally or just on their site. To make a point, they ran a 12-hour experiment turning all their content into “ads” (as far as ad blockers were concerned), which prevented anyone running the software from reading the site at all.

Even back in 2010, 40% of visitors to Ars Technica were using ad-blocking software. In effect, that means the site had only 60% of the ad revenue it should have had in order to maintain the site and pay its authors. It shouldn’t take a mathematician to work out how devastating this could be when it comes to quality of content or even mere survival.

As for the Apple effect: According to Statcounter, as of July this year 75% of global tablet Internet usage is through Apple’s iOS system, while Comscore puts mobile Internet usage at 41% iOS.  In short, the percentage of people using ad blocking software is likely to rise dramatically.

Most online ads are pay per view, so even if you don’t click on something, the site gets paid. If you’re using an updated Apple device, those views will decline in short order. While the iOS update won’t kick in on every device overnight, it’s pretty clear that Ars Technica’s issues five years ago were nothing compared to the financial tsunami that’s about to hit the Internet.

Why should non-journalists care?
I’m a journalist, and I can understand why people don’t like us. There are some horrible practices out there: the most poorly-titled articles often get the most attention, and the Internet has encouraged flippant reporting, designed to get a page viewed or ranked rather than cover something in depth. It’s hard to know whether the modern journalist created the superficial nature of the Internet, or vice versa. There’s probably an element of both.

What remains beyond doubt, though, is that the world needs journalists. Without journalism, we’d be relying on word of mouth. As so often happens in social media, images and data would be disseminated out of context, without the right of reply and without even a semblance of neutrality. News shouldn’t fall into the same realm as memes, but it could.

While it’s true that everyone has their own internalized bias, stories should be passed through editorial standards. Some publications are better at that than others, but no one should be left to read reviews of products that also sponsor publications. That’s not journalism, it’s PR.

The end of “separation of church and state”
“Separation of church and state”—the way some in the media refer to the firewall between editorial and advertising—is a key facet of journalistic integrity. It’s the practice that enables a newspaper running an ad by Coca Cola (for example) to investigate them if necessary. For respected journalism, it’s dogma, and has been for generations. Without such a separation, readers would have the same faith in reporting that they might have for scientific studies into smoking sponsored by tobacco companies, or obesity studies funded by McDonald’s.

The problem is, advertising has become almost the only source of income online. If advertising can’t sit alongside content, it starts to be disguised as the content itself. This is already established practice for respected publishers like Condé Nast, who not only do it, but make arguments in favor of it.

“If we touch it, it will be good or we’re not going to do it,” said Condé Nast’s chief marketing manager Edward Menicheschi, somewhat willfully missing the point. The more cynical among us might suggest “well” would be better written as “well-disguised.” His company’s rules on what they call “native marketing” include that the pages won’t display the company’s logo. This ignores the obvious point: that they’re still trying to disguise well-written marketing as actual content, and making it unclear to readers which is which in the process.

Re-monetizing the web
The industry has heard the argument, “It’s not our fault your business model sucks,” numerous times. It’s a valid point, but easily countered: “It’s not our job to provide you a service for free.” The business model is going to have to change, and there will be important casualties along the way. Blame for this reality has to lie partly with the user who willfully destroyed the old model.

For high-profile publications, monetization of websites is becoming a serious topic. You don’t have to look too far to find examples: they range from newspapers like The Wall Street Journal and The Financial Times, who have acted alongside non-traditional sources like Slate.com and LinkedIn. There are various extremities in the severity of paywalls, and various other membership schemes that offer exclusive content in exchange for signing up. Savvy internet users, though, know that only the hardest of paywalls can prevent access via a browser’s incognito mode.

To reward all content producers, there needs to be a broader context that goes beyond large individual sites. That’s still missing.

There are some small-scale alternatives. Patreon.com, which offers varied payment options to fan-fund various creations, and is used by a number of high-profile musicians, is an interesting model. Some simply ask for funding via social media and Paypal donate buttons, working on the principle that good content will be rewarded (it often isn’t), but it’s hard to imagine a scenario where breaking hard news is funded in this kind of way. It’s also hard to imagine crowdfunding replacing income from advertising. In the meantime, advertorials (essentially fake stories) have become increasingly difficult to resist for small sites, turning journalists into marketers.

If we want to maintain a semblance of quality online—and that’s becoming an increasingly urgent problem—something has to give.

Taking a step back
We’re all guilty of sharing throwaway stories. Of losing the nuance of a piece of news amid the shareable headlines or espousing only one side of an argument. For many of us, the web has become the very heart of how we hear our news; it’s certainly playing a role in the slow, painful death of print journalism.

If we’re going to read high-quality stories for free, we need advertising, because nobody’s going to produce them for free. If we want integrity in our reporting, then we need to keep that advertising as far out of the stories themselves as possible. Having advertising masquerading as a story is the absolute definition of what journalism isn’t. We can barely be sure it’s worth the pixels transmitted through our screens. But it’s what we’re heading for.

While each one of us is a drop in the ocean when it comes to advertising income for these sites, each person that turns on an ad blocker is abusing a site’s very existence, pushing them to financial extremes or towards less authentic forms of story writing. Sites’ owners have to take responsibility, as do journalists. Many of us say no to marketing content, but it’s starting to cost us our ability to live from our profession.

Somewhat ironically, when Apple’s plans to use built-in ad-blocking software on the iPhone 7 became public back in July, Adblock Plus, one of the ad blocking market leaders, cried foul over the destruction of their business model. Their slogan is, “Surf the web without the annoying ads.” They might as well add “Surf the web without quality neutral journalism,” since without those ads the result is a push towards marketing content and clickbait.

As for individuals: if you’re using an ad blocker, don’t bother complaining about bad content. You’re one of millions, but that doesn’t change the facts. You’re stealing. You’re encouraging clickbait. You’re crippling the good journalists along with the bad. Someone’s going to have to pay for quality content. If we don’t, we’ll get the journalism that costs, and is worth, nothing.