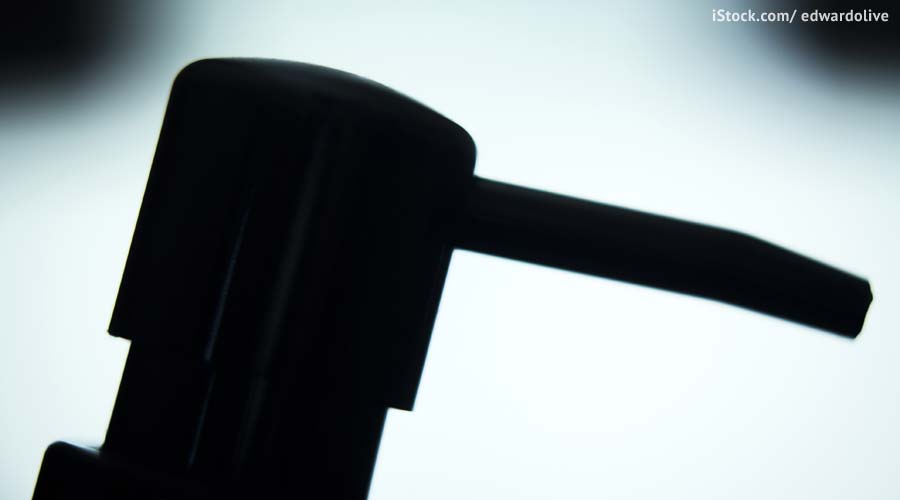 US Finally Washes Its Hands of Antibacterial Soap

Before you read this article, go to your bathroom and open the cabinet where you keep the soaps. Take a look at their labels. How many of them say “antibacterial”? If the answer is none, that’s good. But if that word is on most of them, you might want to re-think your consumer habits.

Until one or two years ago, most antibacterial household products were characterized by a single name listed in their ingredients: triclosan. Together with its twin triclocarban, it was first introduced in the 1960s to replace staple antiseptic agents, like carbolic acid, which had been discovered to be irritants.

However, last September the US Federal Drug Administration (FDA) banned triclosan and other 18 similar agents from all over-the-counter soaps—as the EU had already done in 2015. The rationale for the decision was that “manufacturers did not demonstrate that the ingredients are both safe for long-term daily use and more effective than plain soap and water.” In other words, it was based on the concept of primum non nocere—when in doubt, first do no harm.

The EU’s and FDA’s decisions did not come out of the blue. Despite triclosan’s genesis as a gentler substitute to unsafe ingredients, its reputation had grown as controversial as its predecessors’: a long-standing accusation is that its aggressive sanitizing action can foster resistance to antibiotics in bacteria that survive cleansing.

The FDA’s ban does not affect hospital products, but even within healthcare settings, triclosan is viewed with suspicion. “In my own hospital, for ten years they haven’t used triclosan. In many other hospitals, they don’t use it. It doesn’t have a good name,” says Dr. Stuart Levy of Tufts Medical Center, a prominent advocate of drug resistance awareness. Instead, he adds, “we have alcohol dispensers all over the place.”

Three decades’ worth of research has shown that caution on triclosan is warranted. Just a couple of weeks ago, a team at Birmingham University in the UK found out that while the presence of triclosan alone may not be enough to trigger bacterial mutations, it does favor the growth of antibiotic-resistant organisms, where already present, over susceptible ones.

“I’d say that linking triclosan with antibiotics is correct,” says Dr Levy, who also expresses dismay at how long it took for producers to acknowledge it: “I can’t believe they [the companies’ researchers] didn’t study it. We were studying it as a laboratory project, and we were shocked to see that resistance was linked to a single gene.… It’s not blasting everything out of the cell, it’s targeting a particular gene [in the bacterium], which is sensitive to this anti-gene product.”

Although the paper from Birmingham University focused only on triclosan, researchers worry that its alarming results could prove true for other antiseptic agents. In the opinion of co-author, Dr. Mark Webber, “any antibacterial compound in a soap may exert a selective pressure that could influence antibiotic sensitivity,” although the rate and speed for it may vary. “The bigger question,” Webber adds, “is whether you need any antibacterial added to a normal soap.”

Webber makes a crucial point. The introduction of antibacterial agents in household products was hardly dictated by health necessities. Already in 1971, a study in journal Pediatrics found that “the agent used is not as significant with a hasty [routine] hand wash,” since it was “likely” the mechanical rubbing and rinsing of hands that removed “transient” organisms. Then in 1985, an article in Medical Microbiology and Immunology, on transmission of poliovirus, reported that “friction, and not emulsification, was essential in washing off [the virus].” Finally, in 2015, scientists at Korea University tested a commercial triclosan-based solution against “all recommended strains [and] under the conditions used by most consumers”: they deemed it “no more effective than a plain soap”.

As a matter of fact, the arguments that led to the spread of antibacterial soap were not scientific, but commercial. “It’s really a nineteenth century story,” says Timothy Burke, historian of medicine at Swarthmore College. “On one hand, carbolic acid…[was] discovered, not quite by accident but pretty close, to have antibacterial…properties.” The next step was made by William Lever, father of Lever Brothers, one half of today’s Unilever. He started putting carbolic acid in one of his products: Lifebuoy.

“Lifebuoy is this red bar of soap that has this incredibly distinct odour that comes from carbolic [acid], and it sold right away as a kind of ‘health soap,’” Burke says. “[It] had these material characteristics that reminded people of its medical character.… That’s where I think the idea takes hold: that soap in general is good, but there are some soaps that have special medical value and should be used…in environments that were considered to be particularly dirty, [like] boys’ dormitories.”

Contrary to what one might think, however, Lifebuoy wasn’t capitalizing on some pre-existing demand from germophobic consumers. In fact, Burke says, for the better half of last century, popular common sense about hygiene was more in touch with long-obsolete miasmic theory than germ theory. Advertising for products like Lifebuoy reflected this: The emphasis was on “crowds” and “proximity,” rather than on contact with contaminated surfaces. 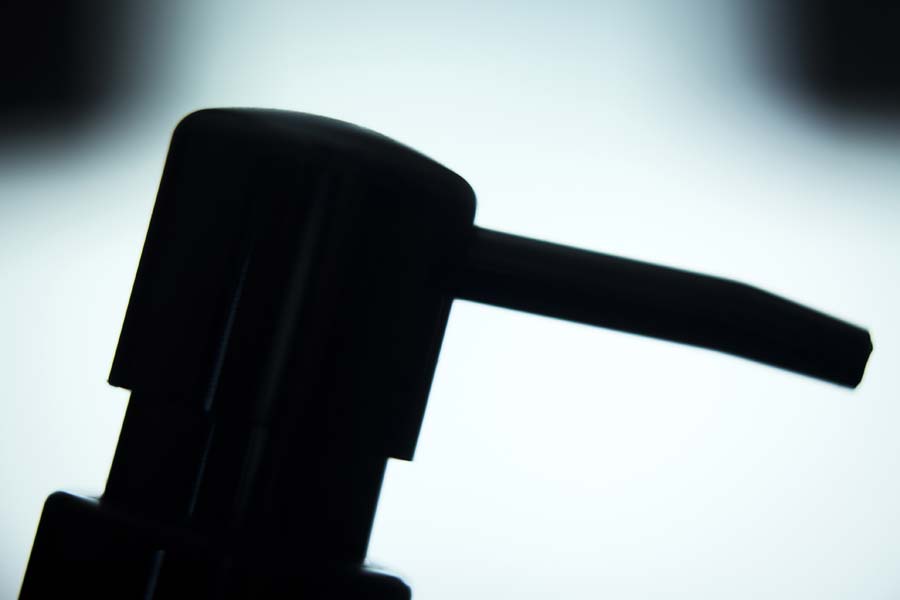 “There’s a set of lags here,” Burke reckons. “People first think soap is cleanliness, is hygiene, is health. They then think health is tied in some sense to sterilization. Then they think, ‘Yes, I should be killing little bugs, pathogens, germs—in my home, in my environment.’ But the notion that you need specific agents added to soap to [do that] is a post-1970s consumer product thing.”

A distorted notion, as it turns out; not only are antibacterial soaps no more effective than normal soaps when it comes to routine handwashing, they might actually create more problems than they solve, judging from studies like the one from Birmingham University. “I think any one of us who has had children would not want triclosan to be introduced to their early days of birth,” says Dr. Levy, the professor at Tufts.

The FDA gave producers one year to ajust to the ban, but the likes of Unilever and Johnson & Johnson have already started to pull triclosan-based soaps off shelves, in response to negative consumer perception. Even so, there’s still the massive problem with the triclosan that has already gone down our home’s drains and into sewers.

Microbes and bacteria play a fundamental role in wastewater treatment. The water from our sewers is accumulated in silos filled with organisms that break down solids and sludge. A 2014 paper published in Environmental Science & Technology concluded that high concentrations of triclosan in wastewater can kill those very organisms, dramatically diluting their effects while simultaneously leaving behind triclosan-resistant bacteria. It’s a bit like wiping out all of your intestinal flora except for the worst strains of E. coli. Couple this with the equally-recent finding that wastewater is a vector of diffusion for bacterial resistance in the environment, and the scenario becomes very worrying.

At some point in the 20th century, soap producers had to find new avenues of profit. They converged on a market practice that relied on diversification (“Yes, you already use basic soap, but you should complement it with antibacterial products.”) and “medicalization” (“Triclosan was developed for surgeons—surely you want to use it in your household as well?”).

But though conglomerates may be easy targets to blame, they share the blame with others. It came about due to, in the words of Burke, “nested institutional failures that include consumer capitalism, companies making products on a global scale, but also public health institutions—not just medical suppliers and big pharma, but the actual institutions like hospitals. And frankly, developmental institutions [as well].”

Throughout the 19th and early 20th centuries, health policy had been guided by integrated approaches that resulted in huge improvements in industrialised cities. But somewhere along the way, those approaches were cannibalized: “We disembedded them and fetishized them by putting them into a soap, or for that matter into a clinic,” Burke says. “It’s almost a sign of how fragmented our thinking about these problems is.”

Triclosan and triclocarban remain in many over-the-counter products, most notably toothpaste. Although producers are increasingly accommodating grassroots demands to make without those and similar ingredients, they’re also frantically looking for a replacement—just as they had been for carbolic acid. “I got a number of calls saying…‘Do you know [of] any companies involved in finding a new kind of triclosan? It was so good,’” says Dr Levy, who however adds that after the ban last year, the FDA won’t be able to afford being so “lazy” anymore in the scrutiny of such ingredients.

Triclosan’s name risks joining a collection that includes some of the 20th century’s worst mistakes, like DDT, thalidomide, and carbolic acid itself. Its story runs parallel to that of the abuse of antibiotics. Modern medicine revealed a new enemy to us, in the form of viruses and bacteria. The invisibility of the menace stresses us out, but chemistry and industry offer us profitable solutions to soothe our worries. But Ignaz Semmelweiss’s revolutionary advice to fellow surgeons, in mid-19th century—to wash their hands thoroughly to prevent infections between operations—relied on a change in habits, not the introduction of ever-more miraculous products.

A modicum of risk will always be there in our households: seeking to completely erase it, as with antibacterial soap, might create more problems than it solves. But risk can also be managed, and properly assessed. Better literacy, better habits, and a more critical mindset can go a long way to keep households, children, and even strangers safe from infection.