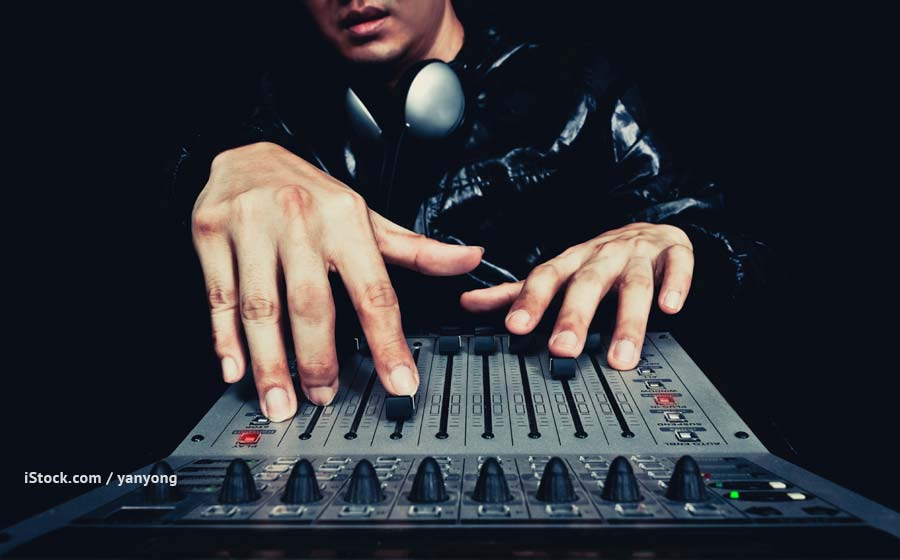 Recently, a British DJ named Martyn Webster concluded a crowdfunding campaign that saw him hand over £24,000 ($36,500) to Richard L. Spencer, vocalist and last surviving member of 60s funk and soul act The Winstons. Having handed over the cash, Webster immediately restarted his crowd-funding campaign for a second round.

The Winstons are the authors of a four-bar, six-second drum solo called the Amen Break, so named because it was featured on The Winston’s 1969 track “Amen Brother.” This tiny extract was revitalized in hip-hop, jungle, and drum-and-bass circles in the 1980s, going on to become arguably the most sampled drum loop of all time. With the scene growing in an organic, underground way, Spencer and his bandmates were oblivious to the pervasive success of a few seconds of their music. Due to a combination of old copyright law and statutes of limitations, their reward for laying the groundwork for a musical movement—until Webster came along—was not a single cent.

Artists that use the Amen Break range from Oasis to Nas, N.W.A. to Slipknot. The list of songs in which it appears, according to sample-tracking website whosampled.com, is nearly 2,000 tracks long. The first few dozen are massive hit singles, a virtual compendium of modern urban music that includes N.W.A’s “Straight Outta Compton,” The Prodigy’s “Poison,” and Skrillex’s “I Know Who You Are.” The Economist recently called the break “a short burst of drumming that changed the face of music.” To say its lifting, editing, and repurposing was revolutionary in certain quarters actually borders on understatement.

While the trajectory of the Amen Break is particularly extreme, it is just one example of sampling’s transformation of music. The technique can be found as far back as The Beatles, but it was hip-hop that made the practice commercially important.

The question “What is art?” feels as old as time, with a common conclusion being simply “we know it when we see it.” When a piece of music is reconstructed into something with a totally different feel, a changed atmospheric, or a different edge to the meaning—like much of the early jungle scene—we can probably agree, whether we’re fans or not, that it has some artistic value.

What happens, though, when you find a track that are basically constructed on someone else’s work? When parts of Coldplay’s “Talk” are painfully reminiscent of Kraftwerk’s “Computer Love,” or Cat Stevens has to sue The Flaming Lips for “Fight Test’s” use of “Father and Son” (and ends up with 75% of the royalties). Or Blur imitates Bowie on “M.O.R.,” or the entire Beach Boys track “Surfin’ USA” sounds exactly like Chuck Berry’s “Sweet Little Sixteen.” What about when the entire hook of Coolio’s “Gangsta’s Paradise”—a song without which he arguably wouldn’t have a name to speak of in the music industry—is transparently lifted from Stevie Wonder’s “Pastime Paradise”? Or Vanilla Ice’s liberal use of Queen/David Bowie’s “Under Pressure” in “Ice Ice Baby”? Some of these cases are samples, some are plain old (and sometimes acknowledged) rip offs. Are any of them fair?

What constitutes a sample is complex. It’s only natural that of all the millions of tracks out there, two sets of identical consecutive notes and rhythms are going to come along every so often. Technically, US copyright laws are harsh: lifting a single note from another recording is a breach of copyright. The difficulty, of course, would come in proving that such a lift has taken place.

The legal terminology in the US, as outlined in Eric Osterberg’s Substantial Similarity in Copyright Law, states that a copyright breach has occurred if a recording is “substantially similar.” This is widely broken down into two parts: “fragmented literal similarity” (in music’s case, lifting or use of a small part from another track) and “comprehensive nonliteral similarity” (using the fundamental structure or pattern of another work). The Amen Break would be a good example of the former, while Robin Thicke’s “Blurred Lines”—found liable for infringement on Marvin Gaye’s work, though there’s (legally acknowledged, at least) no direct lifting of a Gaye track—is a controversial recent example of the latter.

In today’s world of popular remixes and electronic production techniques, sampling is an ever-growing issue. Programs like GarageBand are available at very low cost, and while they come pre-programmed with samples (usually free to use), it’s incredibly easy to upload and mash together content taken from other recordings, and astonishingly difficult for original artists to track down those copyright breaches. While record labels and bigger acts will typically take care to track down a license for the content they use, any track used for commercial purposes has the same requirement to do so. 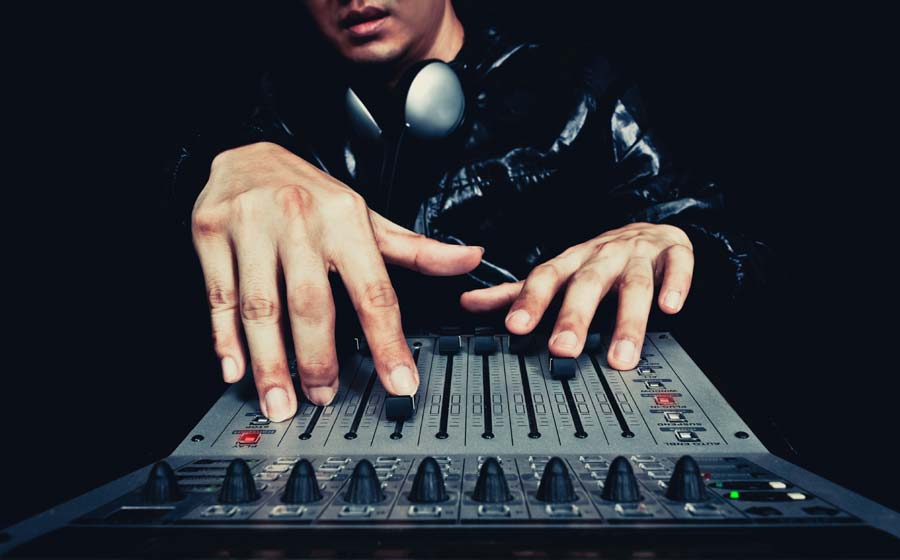 Rapper Kanye West is known throughout the industry for his use of samples, many of which are credited—often at a rate of several per track—in his album liner notes. Without a big-budget record label, West would struggle to afford the royalty payments needed to release his albums, and that’s before online arguments alleging uncredited samples come about. To produce music in the way West does today, being well off is essentially a pre-requisite.

Others tread a fine line between sample and homage. Canadian R&B star The Weeknd was accused of heavily sampling cult-English-dour-indie band Portishead’s “Machine Gun” on his track “Belong To The World” (the similarity, to be fair, is particularly pointed). Portishead eventually retracted their complaint, saying there was “no sample used or enough likeness to ‘Machine Gun’ to warrant any infringement…or credit,” which sounds distinctly like a legal withdrawal rather than a happy acceptance. The Weeknd, meanwhile, had previously been denied permission to use the same sample, and admitted Portishead was his main influence on the album. Not a sample, then, but a slightly-altered recreation is hardly a glowing endorsement of originality, and perhaps a symptom of a problem.

So why does it matter? It’s undeniably obvious to state that artists have their influences, that musical history flows gently through even the most original of tracks, that art has always been inspired by other art. On one side of the fence sit the sampling-is-part-of-the-art crowd, while on the other, listeners argue that the art has been stolen, be it entirely or partially.

When I spoke to popular UK rave band The Prodigy recently (another band, incidentally, that uses the Amen Break in more than one of their tracks), their beatsmith Liam Howlett pulled no punches, slamming the “lazy” modern DJing scene:

“They’re the fuckin’ jokers that stop this music getting taken seriously. Skits on Saturday Night Live takin’ the piss? That’s where it’s ended up…. That’s not what electronic music is about. The lazy DJs, they have to be exposed.”

Among the sweary edges of the dance-lovers, there’s a growing consensus that the accessibility and usability of samples are making popular DJs less creative, lazier, and ultimately—for many—a bit of waste of time. The growing consensus is that samples aren’t fueling creativity, they’re diminishing originality. When rap duo Run The Jewels record thousands of cats, turn them into a tongue-in-cheek hip-hop record called Meow The Jewels and find critical acclaim for “originality,” it’s hard to argue.

GarageBand, Ableton, Logic Pro, and similar music software can’t be responsible for copyright infringement, but they certainly enable it, and have helped make copy/paste pervasive in modern music. There are machines out there today—like The Wub Machine and the KORG Volca Sample—that are all but capable of making tracks from samples themselves by sequentially inserting pre-programmed samples into a live track during performance.

It feels like only a matter of time before a track made from simply feeding a sample through an algorithm becomes a hit; the technology already exists. It’s a huge stretch to call that art.

If modern copyright law could be applied to the Amen Break, Richard Spencer would almost certainly be a millionaire. Instead, he finds himself thanking strangers for a small income relating to a sub-culture his band unwittingly helped to create.

“I am surprised, encouraged, uplifted, and thankful for the kind people who are making this very important statement of musical brotherhood,” he said, on receiving his recent check, a fraction of Kanye West’s daily income, in exchange for a creation that sparked a new culture. Webster deserves credit: he’s done more to reward Spencer than any of the people whose careers were built standing firmly rooted on his shoulders. Spencer’s band’s beats were an inspiration to millions, though. He deserved so much more, and so does the music scene.