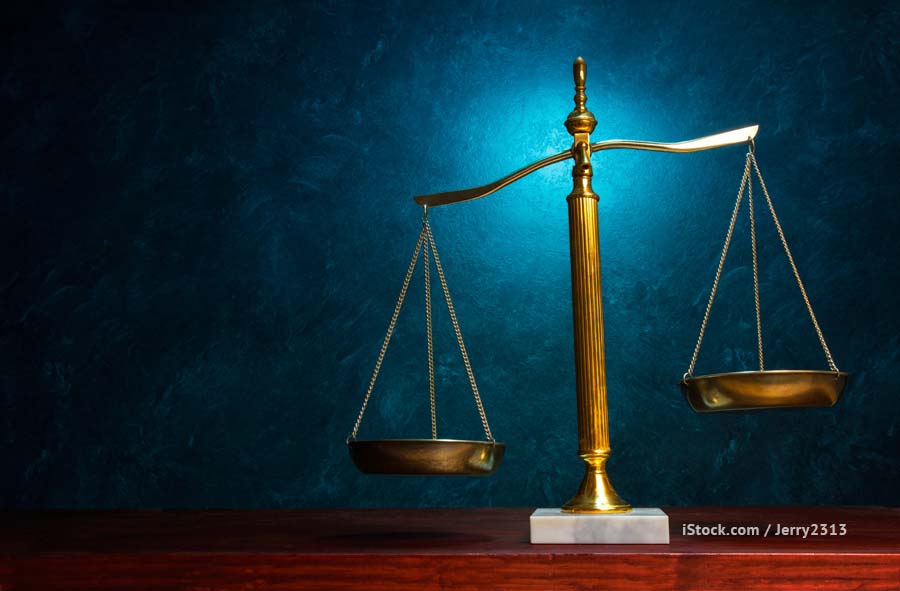 Let’s say you check your bank account online one day and spot a new monthly $4.99 “special processing fee.” You go to the bank and talk to a teller who’s not really sure what the fee is for, so she directs you to someone higher up in the company. A few managers say something about how the fee is necessary to maintain the bank’s quality of service, but no one can give you any solid answers about what the fee is for or how to avoid it.

Going online, you see a lot of other people who use the same bank are complaining about this fee, and none of them can get any straight answers about its purpose either. It’s not a lot of money, but no one wants to pay the extra $5 a month if it’s not necessary, and a few people say it’s costing them hefty overdraft fees. Finally, someone suggests that the fee is illegal, and it might be time for a lawsuit. A couple other people suggest all of the bank’s customers get together for a class-action lawsuit. Those $5 fees add up, after all, and the bank might have to pay thousands or millions of dollars in damages to affected customers.

Except, without realizing it, you probably gave up your right to sue the bank when you opened your account. Your only recourse will be arbitration, a time-consuming process that bars class-action lawsuits and that is rarely consumer-friendly.

What is Arbitration?
Theoretically, arbitration is just an easier way to settle a legal dispute. Instead of going through years of court hearings, motions, and possibly even a trial that can drag on for several days or weeks, the dispute is settled after the parties submit statements about the issue to the arbitrator.

The arbitrator also reviews evidence submitted by the parties, and the parties can offer oral arguments and call witnesses, but the rules governing evidence and testimony are much more casual than what you would find with a traditional trial before a judge. For example, the arbitrator might be more open to hearsay.

That may not sound all bad, and no one is saying that arbitration should be completely outlawed, just that consumers shouldn’t be forced into it. If the parties want to go to arbitration after a lawsuit has been filed, it should be a voluntary decision.

Once an arbitrator has made an award, it’s virtually impossible to appeal or overturn unless there’s clear evidence of fraud. And forcing consumers into arbitration bars them from coming together to form class-action lawsuits, which are the most effective way for large groups of consumers to fight unfair charges, such as that hypothetical $4.99 bank fee. Keeping a case out of court also avoids a public judicial decision that could be used as precedent against companies who engage in similar practices in the future.

Instead of a class filing one suit to recover millions in ill-begotten gains from a company, each customer must take the bank to arbitration to recover fees individually. Just filing an arbitration claim can cost several hundred dollars, and the arbitration clause can also require travel across the country to a location that isn’t convenient for the consumer. To many consumers, arbitration is not worth the hassle to collect a few hundred dollars.

“Consumers and workers who may be harmed by unlawful corporate conduct are unable to sue companies in open court, and instead are steered into private arbitration proceedings to resolve disputes,” said Christine Hines, legislative director of the National Association of Consumer Advocates, a group that lobbies against mandatory arbitration. “Big businesses can continue to reap profits from potentially predatory or illegal conduct without having to answer for the consequences of their actions.”

A Growing Problem
The use of arbitration by corporations has exploded in recent years. It’s virtually impossible to purchase something online without clicking on an agreement that requires arbitration to settle any disputes that come up. But companies initially started using these clauses just to kill class-action lawsuits around the turn of the century. They’d be included in the lengthy contracts you had to sign to get a credit card or purchase a cell phone. That they’ve become easier to implement online is something of a happy accident for big businesses. “The Internet has made it easier for companies to impose these restrictive terms on customers,” Hines said.

Not only are these contracts restrictive, but consumers aren’t necessarily guaranteed a fair hearing before a supposedly impartial arbitrator either. A 2011 study by Cornell University found evidence of a “repeat player effect” in cases of employment arbitration. Basically, if an employer continues to appear before an arbitrator, the employer is going to gain more experience with the arbitration process, and that arbitrator is going to favor the employer more, resulting in fewer wins and lower awards for new employees appearing before the arbitrator.

The Law and Arbitration
Arbitration is not a new concept. In fact, it was codified way back in 1925 with the Federal Arbitration Act. But the purpose of that law was to allow for disputes between businesses to be settled more quickly and efficiently.

In discussion of the bill, lawmakers of the day specifically stated that they did not intend for arbitration to be used to settle disputes between businesses and consumers. But in reviewing challenges to mandatory arbitration in 2010 and 2013, the Supreme Court held that there was no legal reason to ban such clauses, even if they stopped consumers form initiating class-action lawsuits.

That’s effectively shut down legal challenges to arbitration at the federal and state level, and caused some members of Congress to fight back. In 2015, two Democratic lawmakers, Senator Al Franken of Minnesota and Representative Hank Johnson of Georgia, introduced the Arbitration Fairness Act. The bill wouldn’t ban arbitration, but it would only allow voluntary arbitration after a dispute arises if both parties agree to it.

“The only way to remedy this issue is to require that arbitration is truly voluntary, which means that it must occur after a dispute arises,” Johnson wrote in an email interview. “Most consumers and employees are not lawyers, and should not be expected to litigate the fine print of every agreement. Furthermore, if arbitration was truly a fair deal for consumers and employees, they should be able to willingly enter into an agreement to arbitrate once a dispute arises (rather than being forced).”

Johnson, citing a congressionally-mandated study by The Consumer Financial Protection Bureau, noted that consumers often receive less in arbitration than they would if they joined with others in a class-action lawsuit. And many times the agreements that contain arbitration clauses also contain non-disclosure clauses that keep consumers from revealing any details of what award they receive.

Johnson noted that such agreements are only becoming more widespread thanks to the Internet. “Online, corporations hide the ball on arbitration agreements as much or more so than offline,” he said. “Corporations have forced consumers into arbitration when a person interacts with them on social media or receives an email, even if they didn’t read it. In both of these cases, individuals have scant indication that they are giving up their rights to a jury by not taking affirmative steps to opt-out.”

Sixteen Democrats in the Senate and 77 in the House have signed on as co-sponsors of the bill, but it hasn’t come up for a vote yet, and with Republicans seemingly disinterested, it is unlikely to pass. The bill has been referred to the Subcommittee on Regulatory Reform, Commercial, and Antitrust Law, on which Representative Johnson is the ranking member.

Both Johnson and Franken had previously introduced similar legislation which never made it out of committee. The latest version of the bill will likely face the same fate, but it has received more media attention than their previous efforts.

How to Win in a One-Sided System
Contacting your representatives in Congress and telling them to support the Fair Arbitration Act is one way to fight mandatory arbitration clauses. It is an election year, after all, and if enough voters make it an issue, Congress will be more likely to act.

Besides that, there are other ways to avoid arbitration, but they require a little initiative. The first thing you need to do is become aware of mandatory arbitration clauses. If you’ve clicked an agreement box online with any major company—Amazon, Uber, Paypal, Skype, Dropbox, and Snapchat are just a few—there’s a decent chance you’ve acceded to arbitration. That’s on top of more traditional contracts like those for renting a car, getting a credit card, and even being employed.

Sometimes there is an out though. Counting on the fact that so few people read these lengthy agreements, companies occasionally provide for a 30-60 day grace period to opt out of mandatory arbitration. This typically requires sending a signed letter to an address specified in the contract, but you need to read the contract to know if it’s even a possibility.

If you’re seeking nominal damages of a few hundred or even a couple thousand dollars, another option is to take the company to small claims court, regardless of any arbitration clauses you may have agreed to. Typically, filing a small claims case is not terribly expensive for a single consumer, but it can cost a company quite a bit of money to respond to a legitimate complaint, even if it’s just to get the case dismissed so it can proceed to arbitration. In many cases, the company will just call you up shortly before the deadline to respond and offer to settle.

That takes a little more work than just signing up for a class-action lawsuit and waiting for a small check to roll in a few months later, but it’s the smart way to make a one-sided system work to your advantage.

Warren Christopher Freiberg is an attorney and freelance writer living in Chicago, Illinois.