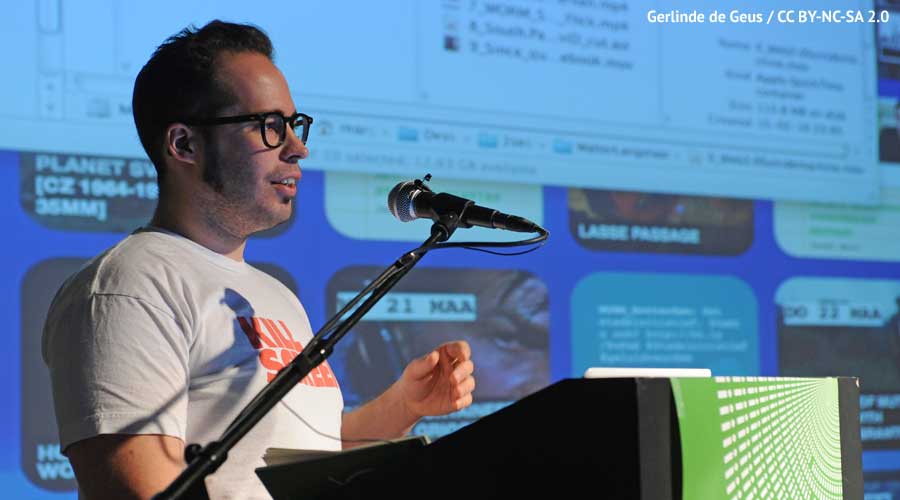 He Started #DeleteFacebook… Nine Years Ago

Facebook founder Mark Zuckerberg is off to Capitol Hill to get grilled on Facebook’s seeming willful blindness about how user data has been misused for years. The proximate cause of the Congressional hearing was the personal data heist from millions of Facebook users by Cambridge Analytica as part of a 2016 US Presidential campaign. Yet to privacy advocates, the Cambridge Analytica scandal is only the latest example of Facebook making user data freely available to advertisers and app developers with almost no controls or monitoring.

Langelaar and his co-creators Danja Vasiliev and Gordan Savicic had no idea the Web Suicide Machine, ginned up by “three geeks in a basement,” would almost instantly get a blizzard of media coverage, followed by a blizzard of legal threats from Facebook that accused them of almost everything short of piracy on the high seas.

On the occasion of Zuckerberg’s trip to Congress, Langelaar shared some stories from that wild ride nine years ago, and how the concerns that originally prompted him to create the Web 2.0 Suicide Machine have only grown with time.

AK: So what moved you to build the Web 2.0 suicide machine?

WL: Around 2008-2009, Tobias Leingruber, a resident artist in the moddr_medialab, came up with the idea. We discussed throwing a party and at that party, having a computer where people could “off” their digital identities. We had the party and it was quite successful; because of positive response, we decided to make it into an online tool. We built it using a lot of what Gordan Savicic had put together for his master of art final project. The Web Suicide Machine would automate the behavior, the process, so while drinking a glass of wine, you could see your social media life go away.

There was some good timing because both Oxford and a Dutch dictionary nominated “unfriending” as word of year in 2009, and we piggybacked our publicity on that coverage.

AK: How long after you started getting publicity did Facebook go after the Suicide Machine?

WL: Not very long, less than a month. But the real publicity started rolling once Facebook started banning the Suicide Machine. First they started blocking the IP address of our server, because when we started, it was literally one server for an art project put together by three geeks in a basement. That did shut the Suicide Machine down on Facebook for a while. Then we asked for help through mailing lists, and quickly various [computer system administrators] donated server capacity to the cause, a nice community-based solution. So we circumvented [the IP address block] through a network of proxy servers, but pretty quickly after that, we entered into legal back and forth [with Facebook] throughout 2010.

AK: Facebook accused the Suicide Machine of “scraping” Facebook, posting unauthorized communications like spam, and using Facebook’s intellectual property without permission. The cease-and-desist letter they sent also included vague hints that you may have violated a whole host of US laws, including the federal Computer Fraud and Abuse Act, the California Comprehensive Computer Data Access and Fraud Act, and California’s Anti-Phishing Act. Were you worried by these accusations?

WL: We were confident we were not doing any of the things they suggested. They said we were soliciting user info, but we weren’t. People entered passwords to run the Suicide Machine, but we weren’t storing their user info or logging their details. The only thing they “pinned on us” was copyright infringement, as you see from website…they got us to remove the little Facebook logo, the blue F. It is so ridiculous, taking off the blue F became a trophy of sorts, because it is everywhere on the Internet except for the Web 2.0 Suicide Machine page. That is so funny. Instead we have a copy of the cease-and-desist letter they sent us.

AK: Was it fear of an expensive legal battle with Facebook that got the Suicide Machine project frozen?

WL: Fortunately Bits of Freedom and the Electronic Frontier Foundation [EFF] arranged legal counsel for us, so worries about Facebook’s lawyers were not really a factor. The reason for halting the functionality was pragmatic, it was running off of our own personal server and we had no intention of turning this into a company. Arguably we could have monetized this. We could have done a bunch of stuff. But this was an art project and we were already working on other projects. 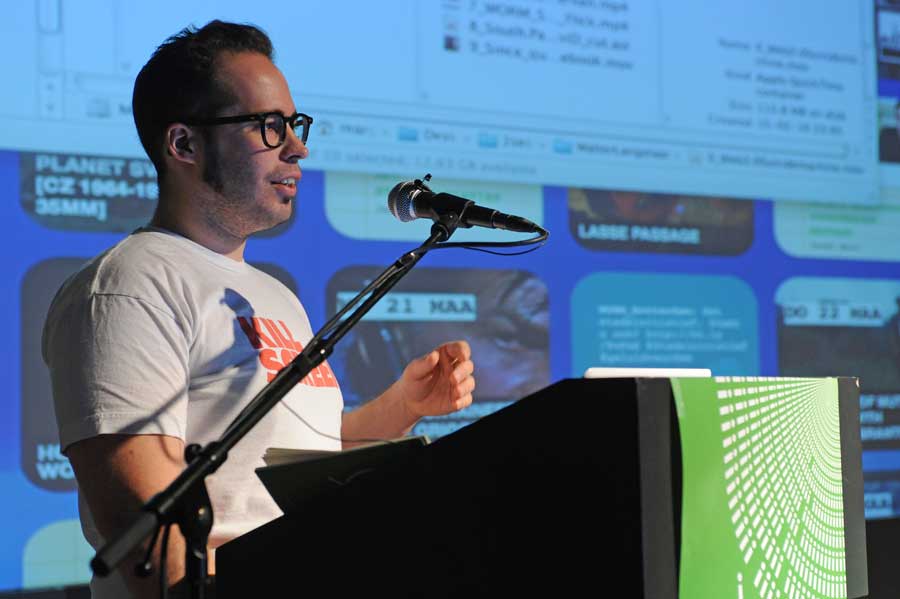 AK: Has the Delete Facebook movement that started after the massive Cambridge Analytica data scrape of 87 million Facebook users renewed interest in the Web Suicide Machine?

WL: To this day we get a dozen emails a day and now there is renewed fascination with idea. But the bulk of the reactions, and we are talking in the thousands, have been saying “I love the idea, this is awesome, super important, I wish I could do it…but all my friends are there,” or “I use it to communicate with friends overseas,” and so on. And maybe rightfully so. With the name Suicide Machine, we realized from outset what we asking people was kind of extreme.

AK: Do you think this reluctance to kill off their social media presence has anything to do with the recent reporting that social media sites have been deliberately designed to be addictive and maximize the amount of time people spend online?

WL: There is nothing “social” about social media. If Facebook truly had a social agenda to bring people together, that would be like a different company and network. I can’t imagine what it would be, but not what we have. This is not social media. That is the farce, the joke, which everyone buys into. It is dopamine-fueled functionality disguised as something nice for people to have.

If you learn about web design from online courses, which is pretty common these days, people don’t tell you that you might wind up working for an ad company that has insidious practices. Same way with video game design these days, it is all about getting ad revenue. I research digitally networked interaction design, and discuss some of the insidious approaches to it with my students. Many people who want to enter high tech fields, be it computer science or digital design, end up doing work they are not comfortable with. That’s how you get Edward Snowden and [Cambridge Analytica whistleblower] Chris Wylie. Except with Wylie, he didn’t just expose what was going on, he created the tool used to scrape the Facebook info for Cambridge Analytica.

AK: The last line in the cease-and-desist letter from Facebook said if you didn’t shut down the Suicide Machine, Facebook would have to explore other options to “protect Facebook users’ privacy and information.” Do Facebook’s claims of concern about the security of user information seem a bit odd, given that Facebook now admits all Facebook users have had their info scraped, and specifically that 87 million Americans have had their info scraped by Cambridge Analytica?

WL: There is an online repository that catalogues the tricks used in websites and apps that make you buy or sign up for things you didn’t mean to—Dark Patterns, which was created by Harry Brignull. One of the terms of art on Dark Patterns is “Privacy Zuckering,” being tricked into publicly sharing more info than you intended to…obviously named for Mark Zuckerberg [partially attributable to a 2010 EFF post]. FB can say all they want [about privacy], but the reality of their actions tells a different story.

When it comes to interaction design, Facebook obviously deliberately makes navigating privacy settings very difficult. There is a multitude of research about how this is deliberately obfuscating. Facebook started prototyping crappy functionality [for users to see their own data] which at the start didn’t work well, and still really doesn’t work well.

AK: What did a lot of the “serious” coverage about the Web 2.0 Suicide Machine not understand?

WL: That we were not a big company, but an artistic, activist effort to raise awareness of things we are concerned about. And we are still concerned about the same issues. With the microtargeting [of individual Facebook users that] Chris Wylie disclosed, we know they tried to subvert the individual’s perspective, they were creating content aimed at individuals rather than groups. It is just so crazy. We [those who watch online privacy issues] have known for a long time intrusive stuff like this was happening, that actual content floated out there designed to subvert your individual opinion was being used, that free speech was being weaponized online. With Cambridge Analytica, we are in a new realm of very intrusive targeting of customers and audiences and it is finally out there for everyone to see.