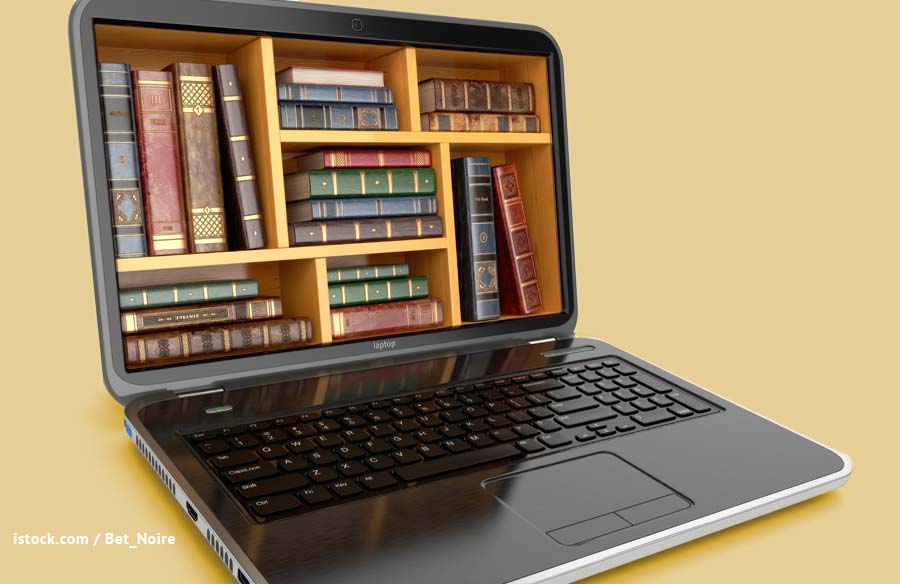 Expert, Texpert: Wiki Laughs at You

The World Book Encyclopedia boasts that “outstanding scholars and specialists” from major academic fields plan and evaluate its articles.

In contrast, World Book’s online competitor, Wikipedia, cautions that some of its articles “are admittedly complete rubbish,” and advises users not to rely on Wikipedia to make critical decisions because some articles contain errors. “We do not expect you to trust us,” it warns.

Yet increasingly, it appears people do trust Wikipedia. According to Alexa Web Analytics, which tracks Internet use, Wikipedia is the seventh-most visited web site, well ahead of popular destinations like Twitter, LinkedIn, and Ebay. Children reflexively turn to Wikipedia when they research their school papers, eschewing traditional encyclopedias.

While it’s relatively harmless for a student to use Wikipedia to source a term paper, it raises eyebrows when professionals use the site to find information, particularly considering the site’s own declaration that some of its articles are “rubbish.” One recent study, for instance, found that doctors frequently rely on Wikipedia when researching diseases and medications.

“Wikipedia is used by a very large number of…health care professionals as the first source of information related to a particular disease or even a particular medicine,” said Murray Aitken, executive director of the IMS Institute for Health Informatics, in a 2014 video statement that accompanied an IMS report on how doctors and patients use social media. The report, titled, “Engaging Patients Through Social Media,” found that nearly 50 percent of U.S. physicians who go online for professional purposes use Wikipedia for information, especially on specific conditions.

An analysis of Wikipedia articles on five common health conditions showed that the content or meaning of the information in the articles had been changed an average of 16 to 46 times per month since they had been created, said Medscape, a medical information web site. While all encyclopedias must keep current, it’s unclear whether every change in the Wikipedia articles about key diseases was necessary or accurate, and it’s not clear who made the changes and what their qualifications were to edit an encyclopedia article.

A 2007 University of Minnesota study surveyed Wikipedia for cases of vandalism, in which incorrect information was deliberately inserted onto the site. The authors concluded that out of 51 billion total views during the study period, 188 million were damaged. Eleven percent of these incidents persisted beyond 100 views, and a handful persisted beyond 100,000 views.

Wikipedia critic Gregory Kohs, founder of mywikibiz.com and co-founder of a Wikipedia discussion site called Wikipediocracy, said he conducted a months-long experiment in 2015 in which he deliberately inserted false information into 30 different Wikipedia articles. In 63 percent of the cases, he said, the phony facts lasted for weeks or months.

“Have you ever heard of Ecuadorian students dressed in formal three-piece suits, leading hiking tours of the Galapagos Islands?” Kohs wrote in a summary of his experiment, which the Washington Post referred to in a recent article. “Did you know that during the testing of one of the first machines to make paper bags, two thumbs and a toe were lost to the cutting blade? And would it surprise you to learn that pain from inflammation is caused by the human body’s release of rhyolite, an igneous, volcanic rock?

“None of these are true, but Wikipedia has been presenting these ‘facts’ as truth now for more than six weeks. And the misinformation isn’t buried on seldom-viewed pages, either. Those three howlers alone have been viewed by over 125,000 Wikipedia readers thus far.”

Wikipedia actively seeks to prevent and root out vandalism, said Lila Tretikov, executive director of the Wikimedia Foundation, a non-profit charitable organization that hosts Wikipedia, among other wiki sites. “There are computer programs that scour the site for vandalism and vulgarities, striking them out—almost instantly,” Tretikov said in an interview on 60 Minutes last year. “Wikipedians worldwide also act as fact checkers, looking for personal attacks and manipulation by PR people.”

Tretikov added, “We’ve had numerous studies that showed that as a body of knowledge, (Wikipedia is) more accurate than other encyclopedias in existence in the past. So it’s…never 100 percent, but it’s very high quality.”

Wikimedia responded to a request for comment on the site’s accuracy with citations of several of these studies that would seem to support their view that Wikipedia articles are actually more accurate than those from the online version of Encyclopaedia Brittanica, based on matched pairs of a sample of articles in blind evaluations. At the very least, these studies demonstrate that Wikipedia is capable of generating some articles that are considered to be of a high quality as evaluated by academics in relevant fields of study. However, only two of the studies were relatively recent (2012) and one of those was commissioned by the Wikimedia Foundation itself. That study used only 22 articles and did not specify how the articles were chosen. The report acknowledged that “no generalisations can be made from this outcome.” There is also no comparison with print Encyclopedias, ostensibly because no one is using them any more. 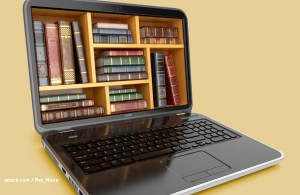 In a quest for better accuracy, Wikipedia has become much more controlling about entries on the site, demanding that changes be sourced. “Wikipedia has a set of policies and quality control processes,” its site says. “Editors can patrol changes as they happen, monitor specific topics of interest, follow a user’s track of contributions, tag problematic articles for further review, report vandals, discuss the merits of each article with other users and much more. What are felt to be our best articles are awarded ‘featured article’ status, and problem pages are nominated for deletion.”

It’s this sort of rigid quality control that gives some contributors trust in Wikipedia. “I have some experience editing Wikipedia entries,” said Dave Freedman, co-author of the 2015 book, “Equity Crowdfunding For Investors,” in an email interview. “When doing so, I had a feeling, probably well founded, that my work would be scrutinized by authoritative experts in the field, so I was careful to be accurate. That’s accountability.”

Kohs, however, says it’s relatively easy to post information on Wikipedia with poor sourcing and not get flagged by experts. “If you properly format nonsense inserted into Wikipedia and especially include a reference source (even a bogus one) that conforms to Wikipedia’s style guidelines, there is a very good chance that your vandalism will persist indefinitely,” Kohs wrote.

Kohs, whose business writes Wikipedia entries for clients, said companies have become quite good at updating Wikipedia pages about them or their products in ways that leave out parts of the story. For instance, he once wrote an article for Wikipedia about a company’s vaccine and included information in the article about some controversies involving the product. The article was published on Wikipedia with the controversial information. Then Kohs watched what happened.

“By about a year later we saw the controversy section removed by what one might assume was an employee or other supporter of the medical company, and no one did anything about it,” Kohs said in a telephone interview. “So for eight years the article has been devoid of any controversial information about the vaccine.”

Political articles receive lots of give and take, as supporters and detractors of certain politicians fight over descriptions. The most-edited Wikipedia article of all time, according to Wikimedia, is the one on President George W. Bush, with more than 45,000 edits as of 2014, or roughly 10 changes per day, every day, for the 13 years Wikipedia had been online.

This “push and pull” on controversial people and subjects tends to give more emphasis to controversy than traditional encyclopedias, Kohs said.

“If you looked at how much media attention was given to causes of the World Trade Center attacks, Wikipedia should focus 95 percent on al-Qaeda and sleeper cells and 5 percent on conspiracy theories,” Kohs said. “But I have a feeling a lot more attention is paid to the conspiracy theory. It may get overplayed because there’s so much desire to document the theories, but also to prove why they’re wrong. So you get a lot of volume about things most rational thinking people deciding to design an encyclopedia wouldn’t spend a lot of time with.”

Controversy or not, Wikipedia has changed business models for traditional encyclopedias. In 2012, Encyclopaedia Britannica announced it was going fully digital. Print sales, which had peaked in 1990 at 120,000, fell to 12,000 in 2010, according to The Wall Street Journal. While Britannica said it could compete in the online world, it’s difficult for any traditional encyclopedia when Wikipedia appears as the number one result in Google for 56 percent of searches, according to a 2012 study by Intelligent Positioning, Ltd.

In an interview in 2009 with online marketing organization Ecoconsultancy, Ian Grant, of Encyclopaedia Britannica UK, said there’s a fundamental difference between his publication and Wikipedia.

“I think the comparison is a non-debate, because we offer something very different,” Grant said. “Wikipedia is a fun site to use and has a lot of interesting entries…but their approach wouldn’t work for Encyclopaedia Britannica. My job is to create more awareness of our very different approaches to publishing in the public mind. They’re a chisel, we’re a drill, and you need to have the correct tool for the job.”

In an email interview, Britannica spokesman Tom Panelas said close to 100 percent of the company’s revenue now comes from online services. That’s up from around 60 percent in 2009. The company continues to be profitable.

He added that it’s not really accurate to compare Britannica’s business to Wikipedia’s. “For example, a big part of our job is serving students and educators with digital products specially tailored to their needs, something Wikipedia doesn’t do at all,” Panelas said. “We’ve gone well beyond encyclopedias and reference in what we do today, but because the word ‘encyclopedia’ is there, people assume we’re doing the same thing as Wikipedia. We’re not.”