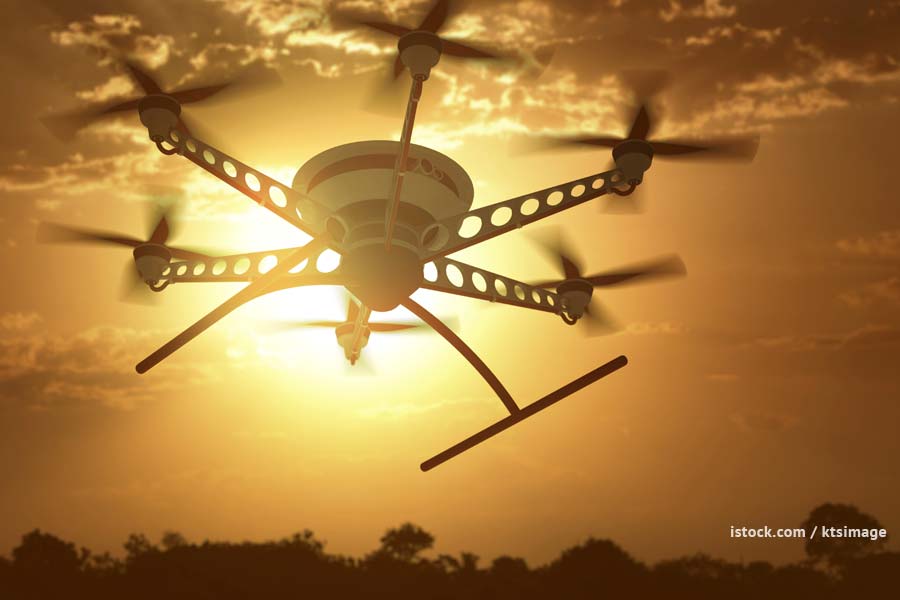 Flyover State: Airspace in an Age of Drones

For everyone out there who doesn’t speak Latin in the 21st century, that translates to “Whoever’s is the soil, it is theirs all the way to heaven and all the way to hell.” That single sentence written by a 13th Century Italian jurist could be an extremely important legal doctrine to remember in the next few years as courts begin to consider how to regulate the quickly expanding use of drones.

The idea that landowners have rights to everything above their properties, presumably into space, came about during a time when people didn’t even understand the world was round and couldn’t begin to comprehend air travel. This doctrine remained remarkably unchallenged for hundreds of years.

Courts only began to reconsider it in the late 1700s following the invention of the hot air balloon, when judges started to realize that under this doctrine, any sort of balloon flight was technically illegal. Ultimately, courts decided that while flying a balloon several hundred feet above a home is a trespass, there’s really no injury that a plaintiff could recover for, so everyone just kind of ignored this silly rule and went on with their lives.

And then came airplanes.

Flightless Birds Redefine Airspace Law
Lee Causby was a simple North Carolina chicken farmer who upset the doctrine of ad coelum in the United States. He claimed that low-flying military planes disturbed his chickens so much that they would throw themselves against the walls of the chicken coop, killing themselves and ruining his business. He was so upset over this that he took his case all the way to the Supreme Court in the 1946 case United States v. Causby, arguing that he owned his property all the way to the heavens and the military flights amounted to a trespass.

The Court held that Causby was sort-of right. The justices finally overruled ad coelum, finding that it had no place in the modern world where air travel was routine, and indeed the key to the nation’s victory in World War II one year prior.

So property owners can’t sue for an injury just because a plane flies two miles overhead. But the court did recognize the concept of “navigable airspace” under federal law which creates a minimum safe airspace of between 500 and 1,000 feet overhead. The military flights over Causby’s property were about 80 feet above the ground, so the Court held that the federal government actually did owe Causby compensation under the takings clause of the Constitution.

Planes can fly where they need to as long as they don’t fly low enough to cause an actual disturbance. This makes much more sense than ad coelum, and this interpretation of the law has worked relatively well for the past 70 years.

And then came drones.

“Everything Above the Grass”
There’s no formal definition for what constitutes a drone. The more technical term is “unmanned aerial vehicle.” Drones can be flown by a human pilot on the ground, or by software programming. Typically they’re more maneuverable and fly lower than traditional manned aircraft, though some drones are also capable of flying at the same altitude as larger planes.

The United States government has used drones extensively in warfare, but drones also have applications for surveillance, firefighting, and traffic monitoring. Really, they’re so new to the general public that their full applications aren’t yet known, which is part of the excitement surrounding them. Companies such as Amazon have touted the ability of drones to quickly deliver orders to customers. Coincidentally, right now you can also purchase a small photography drone off of Amazon’s site for under $100.

The fact that now anyone can take to the skies with a drone hasn’t gone unnoticed by the FAA. Earlier this year, the agency rolled out new regulations that require any US citizen over the age of 13 to register any drone between .55 pounds and 55 pounds with the FAA’s Unmanned Aircraft Systems Registration. Once registered, you’re required to attach your registration number to your drone or face possible criminal and civil penalties. Drones over 55 pounds must register with the FAA as aircraft. 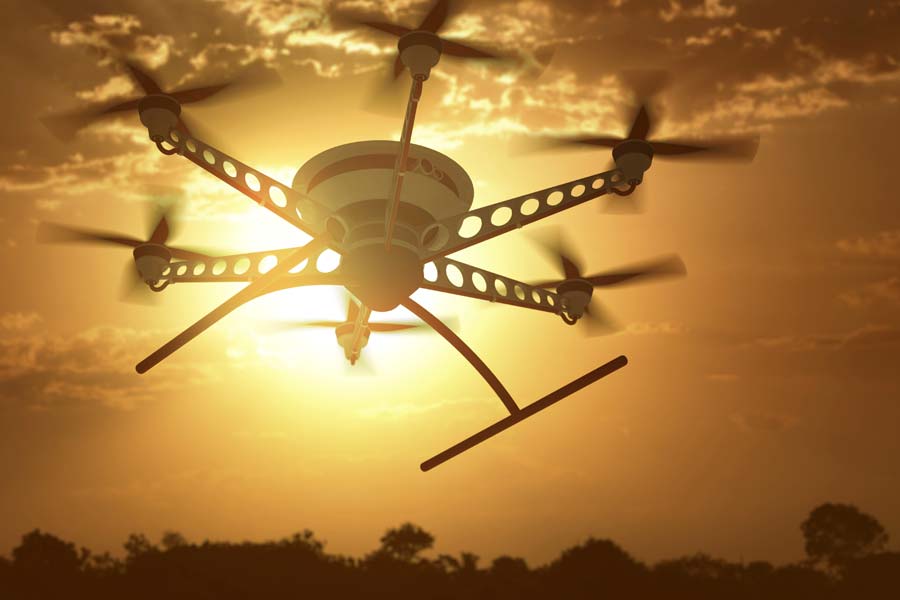 Paul Voss is an associate professor of engineering at Smith College in Massachusetts who teaches courses in aerodynamics and atmospheric science.

“In academia, we’re sort of the canaries in the coal mine,” Voss said. “The use of drone technology is being severely restricted, even for the smallest and safest contraptions, and even when used just inches above the ground on private property.”

But perhaps most troubling is the FAA’s reinterpretation of public airspace. The FAA now claims that all airspace is a “public highway” for drone use, muddying up issues of where private property ends and public airspace begins.

“The FAA says they can regulate every everything above the grass,” Voss said. “But if this sticks, do they have the authority to regulate anything potentially dangerous that goes through the air like baseballs and boomerangs?”

That question, like most raised by the FAA’s new regulations, remains unanswered.

The Business of Drones
Why the FAA wants to regulate every last inch of airspace above public and private property won’t come as a surprise. Like pretty much everything the federal government does, it comes down to money and business interests.

At any given time, the FAA has more than a dozen advisory and rule-making committees that help draft regulations like those for unmanned aircraft systems. Voss says these committees can sometimes appear to be “revolving doors” for officials from companies like Lockheed Martin that stand to profit from regulations being made.

There are certainly some serious safety concerns with drones. Voss emphatically supports FAA regulations for all such aircraft operating in the navigable airspace, but says that existing laws, especially those pertaining to trespass, nuisance, and reckless endangerment, are appropriate for small toy-sized devices used near the ground. Treating these very small things as “aircraft” under the law could lead to a host of unforeseen consequences, including loss of privacy and unreasonable restrictions on the use of private property.

“The FAA may actually be exacerbating some safety issues by implying that all outdoor space is public highway for unmanned aircraft, a notion that leads some people to engage in invasive and unsafe behavior with drones,” Voss said. “The unmanned aircraft industry certainly does not want to acknowledge local or landowner control, even below the trees and bushes in our backyards.”

If each city or state has its own regulations for drones, then operators will have to adjust their flight paths or operation of cameras accordingly when they enter a new airspace. But if the FAA takes complete control of everything above the ground throughout the United States, companies only have to operate in accordance with those rules.

On the one hand, that would make it easier for companies to operate drones commercially, but it would also mean onerous regulations for everyone else, literally in their own backyards.

“Getting pizza via drone might be good, but then you might not even be able to fly a kite,” Voss said. “I don’t know if I want to live in that world.”

All the way to hell, indeed.