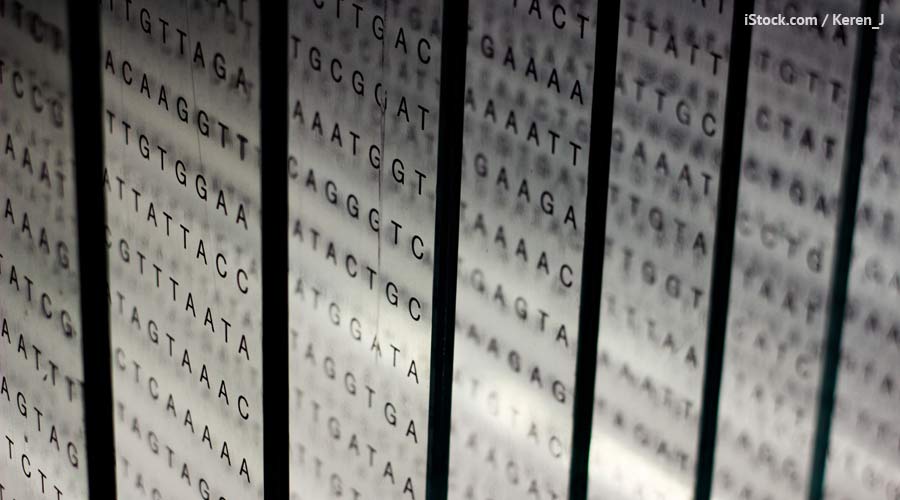 Genetic Testing Kits: Fueling a Historical Discrimination Bias?
The diversity of snowflakes is a great analogy to that of the human genome. Our DNA is an exclusive genetic fingerprint that only one individual on the planet has. The particular DNA sequence found within each gene controls an individual’s physical traits, the predisposition for disease, and chemical messages throughout the body.

Learning about hereditary imprint has never been easier. Direct-to-consumer genetic tests investigate ancestry (Ancestry.com and others) and predisposition for disease (23andMe). The fast unfolding of hereditary technology unlocks deeper questions about our genetic makeup, but the quest can fuel discrimination bias. Scientific discovery has the bold ability to benefit the future of health and wellness, but it can also reinforce hierarchies of race, sex, and physical ability.

It’s Been Done Before
There is danger in defining certain conditions to be diseases based on racial and ethnic lines. The general consensus among the majority of scientific and social researchers is there is no biological basis for race. Yet this concept is reinforced repeatedly through genetic research. Studies examining health disparities based on race are encouraged in the direct-to-consumer genetic testing landscape. These tactics attempt to constrain race to a set of biological characteristics, rather than addressing the societal, political, and economic disparities that enable racial inequality.

In the 1970s, scientists were concerned that sickle cell anemia would create a higher likelihood of spreading “workplace toxins.” Sickle cell disease is mistakenly considered an illness that most affects those of African descent. The condition is also pervasive in people from parts of Asia and the Mediterranean. But mandatory genetic screening of this era in the US focused solely on African Americans. The findings were not kept confidential and those classified as carriers were stigmatized against in health insurance and employment. In 1972 an act was passed that banned non-voluntary genetic screening. However, the incident continues to leave an impression.

People of color’s fears that genetic testing would lead to racial discrimination is warranted, as they experience disparities in general and specifically in healthcare. Inequality has been reported among those waiting for kidney transplantation. People of color have experienced medical injustice within their communities and encounter unequal access to medical services. Additionally, white supremacists have used genetic testing to build up their idea of racial superiority. These groups attempt to find a correlation with IQ to reinforce current beliefs in racial hierarchies, to make it appear that science supports racist philosophies.

Race, as Scientific American reported in 2016, has been found to be a “poorly defined marker of [genetic] diversity and an imprecise proxy for the relationship between ancestry and genetics.” Yet despite this, there is persistent evidence of racial discrimination in many areas of society, and a generalized distrust of social institutions for marginalized groups of people. Social justice advocates aim to promote public awareness to guard against genetics being used to reinforce racial disparities.

Only recently has a conversation begun to address historical genetic injustice. As University of Michigan professor Alexandra Minna Stern has documented, 32 states put laws on the books between 1907 and 1937 calling for the forced sterilization of people that were deemed unsuitable to reproduce, such as the mentally ill, criminals, and even the indigent. The victims of these eugenic practices were perceived to be people with disabilities. Women were selected more than men, and Latinas were targeted more than others. In California, the eugenics law was on the books until 1979. Only recently have a handful of other states begun to to grant reparations to victims of forced sterilization.

Yin and Yang
The human genome is an infinite unfolding of a multitude of genetic markers. While science has made advancements in leaps in bounds, defining characteristics can be challenging. Even the distinction of “female” and “male” has its limitations, as it fails to examine nuances beyond the X and Y chromosome.

Within the gender binary, discrimination biases exist. There are ongoing examples of women being denied health insurance for their children because they carry a genetic predisposition for a serious illness. Commonly, women with BRCA-1, one of the genes that indicates a predisposition to breast cancer, are denied health coverage or are faced with costly insurance premiums. This information has been used by employers to deny female employees advancement in the workplace due to her risk factors for various illnesses.

Last year, the Department of Health and Human Services (HHS) more clearly prohibited discrimination in healthcare, building upon the policies already laid out in the Affordable Care Act. HHS clarified that race, gender, age, disability, age, should not alter the cost or quality of healthcare someone received. Before this ruling, monthly premiums for individual insurance plans for women were often as much as 50 percent more than men, sometimes as much as 81 percent. 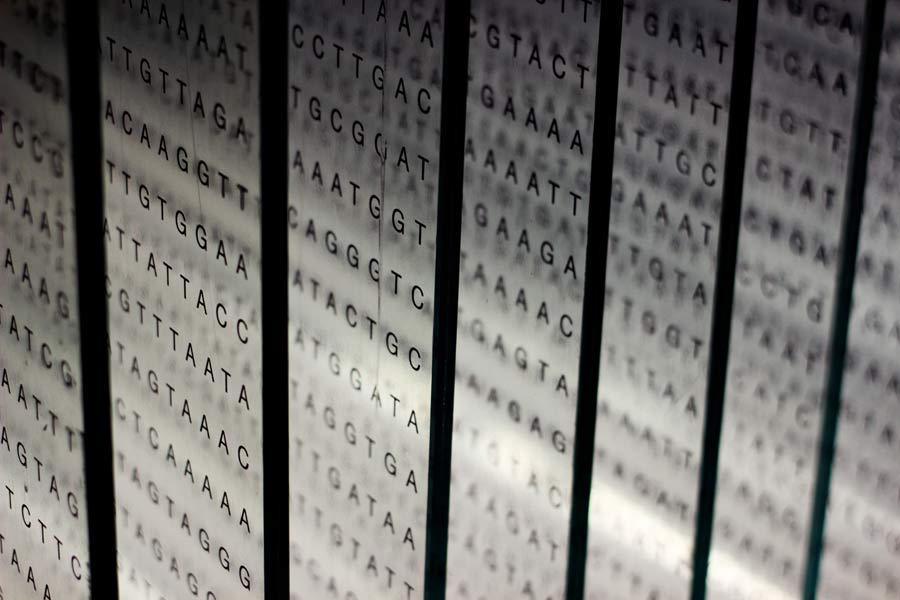 Despite the HHS decision, females often are not given equal opportunity for care. In 2013, a Kaiser Family Foundation study discovered that women still financially struggle more than men to pay for healthcare. And the disparity is present in the quality of medical treatment. Investigators at University College London discovered that women with dementia receive inferior medical care as opposed to men with the illness in a 2016 study. Women with gynecological issues, especially endometriosis (a condition causing immense pain in the womb), often have to go back to the doctor repeatedly in order to get a proper diagnosis. Endometriosis affects one in ten women, but takes seven to eight years to be properly diagnosed, on average. Some of the lack of attention could stem from the 19th century “female hysteria” phenomenon, which was long ago rejected as a medical diagnosis. Ideal healthcare would consider the present biases in medical care and work for equal consideration for individuals beyond their gender.

Voices for Diversity
Disability rights advocates have been some of the strongest advocates for equality in genetic variance. Disabled people were targeted in Nazi Germany and subjected to forced sterilization in the early 20th century. Advocates for disability rights often ask whether the advancement of genetic technologies would create a less tolerant future towards diversity in the human experience. A common argument is that there is no definitive manner to differentiate disease from disability, so people with chronic illness may also be considered disabled.

Innovative scientific tools enable the early detection of illness and disability. We now have the ability to edit genes to prevent certain genetic conditions from happening. However, Katie Hasson, the Program Director on Genetic Justice at the Center for Genetics and Society cautions, “Where some people see illness or disability that should be edited out, others make a case for maintaining diversity and changing society’s inability to accommodate and include diverse embodiments and experiences.”

Critics of gene editing have pointed out that genetic advancement can reinforce the idealized notion of the perfect body, which could lead to phasing out naturally diverse traits. For genetic conditions that are carried on the X chromosome, like hemophilia or certain types of muscular dystrophy, future parents could could safeguard against these illnesses by having all female children. With the advancements of these technologies, there is fear that society would not see the need to provide services for those currently living with disabilities. Some worry that the quest to cure all disease would reinforce the concept that disability is harmful and something to be avoided. Their voices remain crucial as the advancements in technology could fuel societal discrimination of already marginalized populations.

Hasson expresses concern with gene editing technologies that alter the traits that could be passed onto future generations. She explained, “It’s different [from] using gene editing for gene therapy, which can benefit those people with conditions that currently exist. We may see issues if people try to use germline gene editing for reproduction, including attempts at enhancement, like giving a baby the option of blue eyes as opposed to brown. This could perpetuate the discrimination we already have.” According to Hasson, the use of gene editing to modify future generations (germline editing) is outlawed in 40 countries, but the US doesn’t have specific legislation against it. Rather, it is mainly regulated through a federal funding ban and the FDA, which currently won’t consider any clinical trials that involve embryo editing.

The Future is Bright?
Throughout history, genetics have been used to reinforce systems of oppression and alienate marginalized groups of people. Individuals have the increasing ability to define themselves in genetic hierarchies, which can support societal inequalities. Until the baseline discrimination issues are addressed, genetic testing could amplify current injustices in our system.

While personal predictive tests may provide useful information, someone with a predisposition for a condition will not necessarily develop it. A majority of diseases occur from a multitude of genes, not a single marker. Whatever an individual’s genetic constitution may be, they always have the power to influence their genetic makeup with diet, physical activity, and a healthy lifestyle.

Advances in genetic testing will likely show that everyone has a predisposition for some condition or illness. We all have unique genetic quirks. That idea that some of us are genetically more advanced than others needs to die with the biased information that constructed it in the first place.