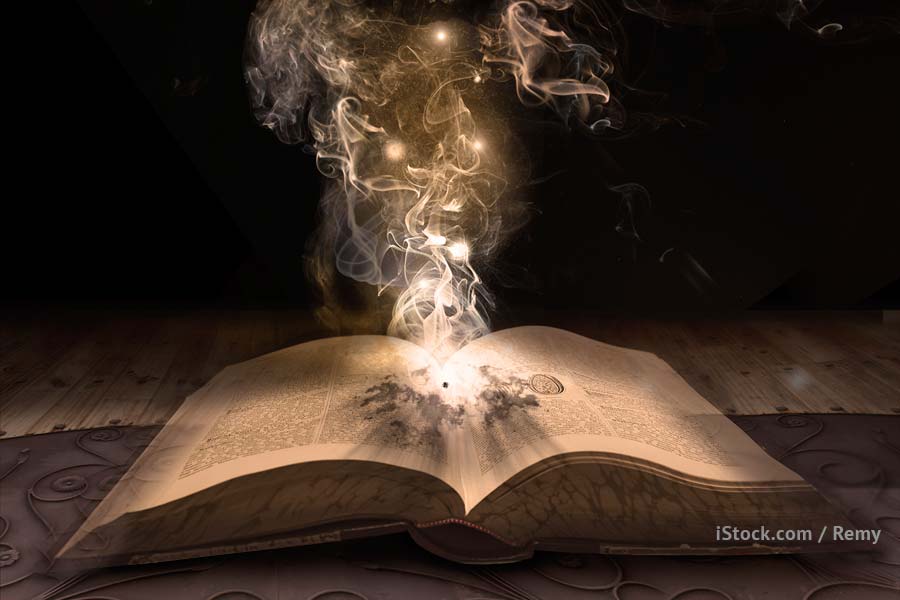 The Ghost of a Book, part one

Little did he know as he clicked “buy” next to the book he wanted and it promptly arrived on his device that he had not bought anything at all.

It may be stranger than fiction, but when you buy e-books, you do not own those books any more than you did before you paid for them. E-books, as well as other digital content such as iTunes music files, are literally sold to us as more convenient versions of physical books and CDs. It’s the same, but better.

But it’s far from the same, because what you are paying for is not ownership of a book—as you are when you hand over money in exchange for an actual paper tome—but a conditional license to use a file. This means that you not only have no right to pass on your e-books to others, but your tenuous grasp on these pseudo-books can be revoked any time at the discretion of the license-giver. To take up author-activist Cory Doctorow’s metaphor, you are not a freeholder able to independently preside over your spread of literature and music, you are a tenant farmer, paying money to use others’ property at their whim.

Of course, it is unlikely that your e-book collection will be denied to you while you are alive (though it does happen). But the deception inherent in being told you are buying something that you are actually leasing is representative of the entire e-book phenomenon. At every level, it is not the same and it is worse. With the exception of a genuflection to our mobile-deity of convenience, e-books are having a deleterious effect on readers and writers alike. In the second part of this article, we will focus on what our brains lose when books are discarded for screens. But that mental deficit is first foreshadowed by the legal weightlessness of e-books that their ephemeral nature eloquently echoes.

It may be true, as Milton memorably wrote, that a good book “is the precious life-blood of a master spirit, imbalm’d and treasur’d up on purpose to a life beyond life,” but an e-book dies with you. More significantly, this is a canary in the mine of an emerging digitized world in which your legal rights shrink before the giant platforms whose power over content and licensing mimics the land monopolists of old. The growing inability to own anything you pay for is far from the democratization that techno-utopians spent the last twenty years celebrating.

The first-sale doctrine—which has enabled Americans to re-sell, rent-out, and bequeath their books (or records, CDs, etc.)—could only come about because of the physicality of the items involved. This common-law principle, recognized by the Supreme Court and enshrined in statute, was that a copyright holder could not maintain control of the actual book you bought after you purchased it. That dog-eared copy of Pride and Prejudice, with your notes in the margins, was yours to give to your nephew studying it in school because it was not owned by someone else and because you could literally give it to him.

But the “sellers” of e-books and other media files can today elude such precedents and laws. This is not only because they lease and do not sell, but because sharing the file they “sell” to you unavoidably means making a copy of it, thereby negating the applicability of first-sale. For example, when ReDigi attempted to set-up an online marketplace for people to re-sell digital music they had previously purchased, it was taken to court by Capitol Records. A U.S. district court’s 2013 judgement (Capitol Records, LLC v. ReDigi, Inc.) sent a chill through many who had hoped that first-sale might gain a foothold in the digital age. The court pointed out that in the case of digital files, it is “simply impossible that the same ‘material object’ can be transferred over the Internet.” Therefore, it insisted, referring to copyright law precedent, “the Internet transfer of a file results in a material object being ‘created elsewhere at its finish.’” The supposed genius and liberating energy of digitized products is therefore its undoing. “Put another way,” the court explains, “the first-sale defense is limited to material items.”

This expanded and perpetual control that the digitizing of content allows media platforms and distributers to exert over books, music, and games that you “bought” has also been asserted by the courts in Vernor v. Autodesk. But if it is a legal problem, can it not be solved with new laws? That is presumably what the lawmakers of Delaware thought when they passed legislation granting citizens the right to pass on digital assets in the same way as material assets. But, as Slate’s Ariel Bogle points out, it made so-called digital assets “controllable by the deceased’s trustees only to the extent allowed by the original service’s end user license agreement (EULA).” That is the part you agree to without reading it, before making your pseudo-purchase of an e-book. And it is where the limits on your usage of the file you are being licensed to view are laid out. Such laws as Delaware’s, therefore, are unable to change the underlying dynamic. 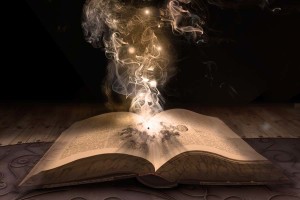 Both law and technology are stacked against the effort to alchemize digital goods into the realm of the real. “Even if a law were passed tomorrow making it lawful for consumers to move their eBooks from their iPads to their Kindles,” Internet copyright expert Joseph Gratz says, “the law, standing alone, would make little difference.” This is thanks to digital rights management technology (DRM)—the built-in barrier between you and the digital technology you use—which is also protected from tampering in America by 1998’s Digital Millennium Copyright Act (DMCA). “As the transition from physical to streaming or cloud-based digital distribution continues, further divorcing copyrighted works from their traditional tangible embodiments,” law professor Annemarie Bridy concludes, “It will increasingly be the case that consumers do not own the information goods they buy.” It is not that no one owns the goods; just not you or anyone you know.

Cheerleaders for digitization have long spun scenarios of a flattened e-book paradise in which all is available to all. But nothing exposes the utter failure of this to materialize than the way that digitization is actually undermining public libraries. These are places, of course, where free access to a wide-range of books has long been provided. They are also the epitome of the first-sale principle’s public utility. And yet, the rise of e-books has confronted libraries with a format that prevents them from sharing freely with the public. You see, lending relies on ownership. But libraries do not own the e-books they make available (we cannot use the phrase “in circulation” here), and therefore, publishers can limit the amount of times a library can loan each e-book copy to its patrons before it has to purchase a new license.

Although there was good news recently when Penguin Random House abandoned its loan-cap policy, the pricing structure for e-books continues to penalize public libraries. They are forced to pay far more for each individual e-book license on the false basis that an e-book copy is more permanent than a physical book (quite the opposite has frequently been demonstrated). Take, for instance, the representative pricing figures released by the library system of Douglas County, Colorado in July. The libraries could purchase a copy of Erin Hildebrand’s best-selling novel The Rumor for $15.40, about a dollar and a half less than the retail price. But for an e-book, the library had to shell out $84.00. Like an actual book, this file can only be loaned to one user at a time; multiple copies would be needed to meet high demand. A mere dozen electronic copies would have set back this public institution $1000. If that’s utopia, then Saint Thomas More wants his money back.

E-books are controlling and limiting the access that the public has to books in a way that used to be legally and practicably impossible. And, as we will see in the second part of this article, the abandonment of physicality unleashed by e-books is far more than a matter of possession alone. In fact, it goes to the heart of why and how we read in the first place. “It’s so ambitious to take something as highly evolved as the book and improve on it,” Amazon’s Jeff Bezos said in 2007, introducing the Kindle. Ambitious indeed. But to improve on something, one has to understand what makes it precious and worthwhile. Lacking that insight, ambition becomes destructive.