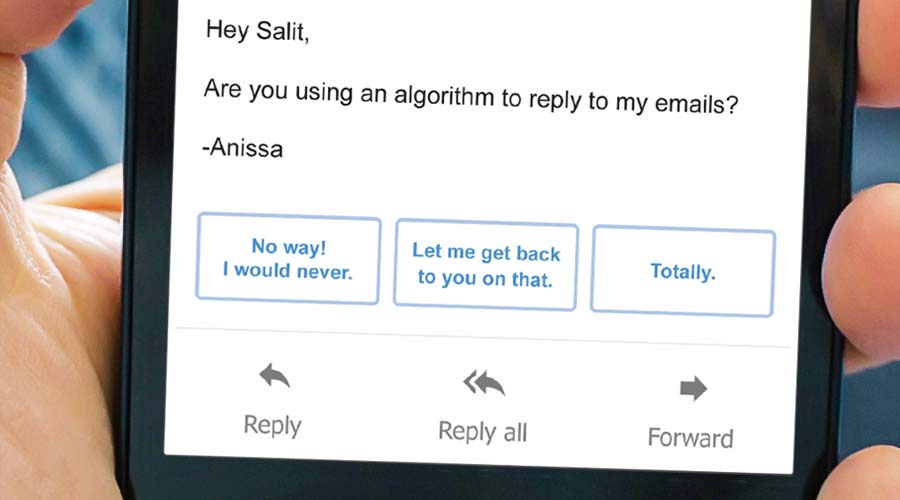 If you use Google products for email, you may have noticed those suggested replies at the bottom of your mobile inbox. These give users options to choose short and snappy responses to emails, such as, “Will do,” “I am working on that now,” and “Thanks, you too!” This feature is called Smart Reply, and it uses a type of AI called an artificial neural network. It basically “learns” how individuals communicate with each other and then mirrors those interactions in its suggested replies. The feature has become a hit among those with busy lives who need to respond to their emails but don’t always have the time to do so.

Google originally rolled out this feature in 2015 with its app Inbox, but the company added a newer version of this same technology to the Gmail app in the spring of 2017. It immediately garnered attention from techies and average users alike. It’s so fast! It’s so convenient! It’s so accurate! It didn’t seem like anyone had much criticism to lodge about this feature, unlike some of Google’s other ideas, such as Project Fi, the company’s attempt at a cellular service.

And while some have concerns about privacy, there isn’t an actual person reading your messages. Google already scans the contents of your emails to provide you with tailored advertisements anyway. Gmail has never been truly private, but Smart Reply itself isn’t really to blame for that shortcoming.

So, what’s the problem? It’s not really that Smart Reply presents new challenges we must overcome in the digital age, but it does seem to be a symptom of a much wider-ranging issue—one that’s going to be a lot harder to solve than by simply turning off a function in your settings.

The celebration of Smart Reply and other suggestion-response features like it reveal the ever-quickening pace of our lives and what we choose to prioritize with the time we have available. Communication has, largely, become more of a chore than a conscious connection with another person, making our relationships shallower and less honest but leading us to believe we’re actually connecting more deeply with others than ever before. For example, Facebook users are more likely to receive an onslaught of well wishes on their birthdays than those who don’t use the site. But how many of your friends would know it was your birthday if not for the notification they received on their mobile device? How many of them know your address and would have sent you a card? Probably not nearly as many. Therefore, we’re tricked into thinking that we are building strong human connections when we’re just fulfilling what have become basic social obligations.

In our current cultural climate, it has become too time-consuming to write a quick “thank you” email to a client; instead, we opt for a one-click automated response. And while, yes, the responses are based off of how you as an individual use language, the author of the email isn’t writing these responses—a computer is.

Some may roll their eyes at this criticism. So what? It’s the fact that we’re responding that counts. Why does it matter if we type the message ourselves? But there are some indications that Google users do realize that there is a difference between choosing a suggested response and typing one out themselves. 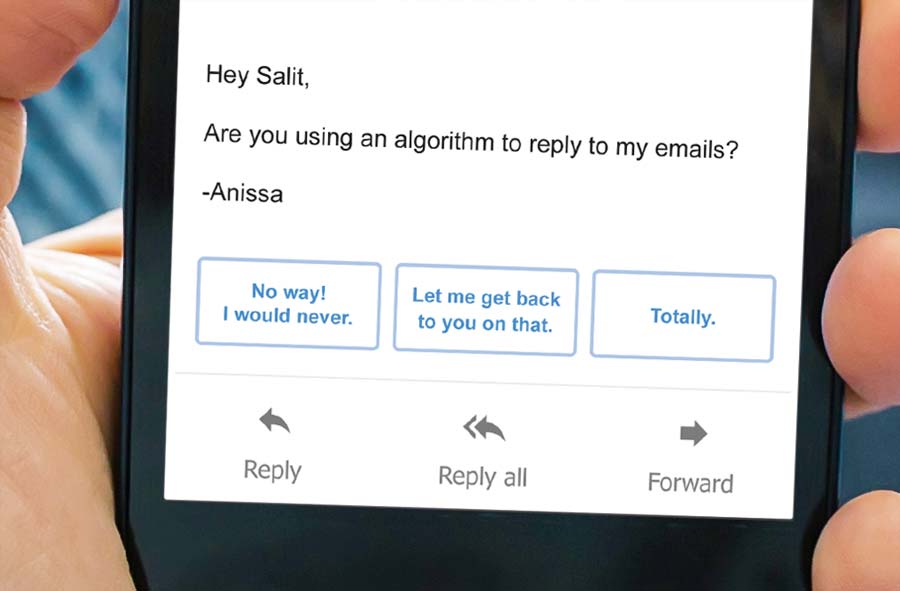 At Smart Reply’s inception, the company discovered that “I love you” was the most commonly suggested phrase. Apart from the fact that this response would be offered in wildly inappropriate contexts (nobody wants to accidentally send this message to their boss), the team at Google found that the Google users it was testing actually preferred to type out “I love you” rather than opting for a one-click response. Therefore, it’s clear that we recognize the inherent value in taking time to compose an actual response, regardless of how generic it may be.

It doesn’t take long to type an “I love you” message. But it doesn’t take too long to write a “thank you” or a “will do” either, yet some still find great satisfaction in the few precious seconds we save typing out a response. Let’s be honest: Smart Reply does not save its users a significant amount of time. It does, however, allow those using the feature to disengage from a conversation and outsource basic human interactions to a machine. The less we communicate with each other—regardless of how short or insignificant a response may seem—the less we are building conscious connections with those around us.

Not only does Smart Reply mitigate social interaction, but there’s also a good chance that it affects the way we choose to respond, whether or not we actually decide to use one of the suggested options. Dr. Jeanne Bohannon, English professor at Kennesaw State University, says that she “certainly think[s] that our rhetorical choices are influenced by Smart Reply options,” though she maintains that the author still retains his or her agency. Miloš Jakubíček is CEO of Lexical Computing, which has partnered with DigiLing, an organization dedicated to promoting academic knowledge of digital linguistics. He says that, especially as a non-native English speaker, he is convinced that this type of technology does affect our rhetorical choices, although there is a current lack of scientific evidence to prove that’s the case.

There is a real chance that Smart Reply, along with countless other online communication tools we use every day, are changing both the way we communicate and interact with others. While Smart Reply is not the only culprit, it is part of a growing trend that makes communication less personal than ever. We shouldn’t kid ourselves that this kind of technology is leading to a more connected world—it’s not. While communication has become easier than ever, it’s also become less rich and less fulfilling. And while we can celebrate the advent of a technology that makes our lives easier, we should ensure that we’re not missing out on something more important in the process.