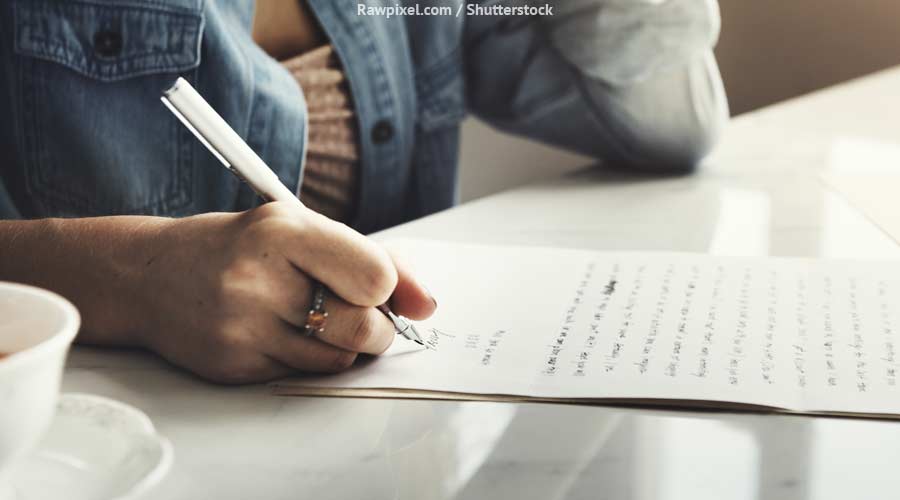 In the back room of a Los Angeles area stationery store, where handmade rubber stamps and intricate notecards line walls and shelves, more than a dozen people let pen and ink flow over fancy paper and envelopes.

“Thank you so much for the birthday goodies!” one member writes in a classic, almost calligraphy-style penmanship.

“How are you? How’s the weather?” another member scrawls in giant block letters.

Whether they write in cursive or old-school print, members of the LA Pen Pal Club drive for miles to meet one evening a month at Paper Pastries. Married or single, in their 20s or older, the mostly female members of the group said they get together to take part in what many would think is a long-lost art in an era of instantaneous communication: pouring out pieces of their lives in handwritten letters to loved ones, childhood friends, or those they’ve never met except through snail mail.

“I think people still get really excited about getting something in the mail,” said Chris Go, 50, a member of the group. She wrote to her college boyfriend off and on for 20 years, even after he moved to his native Philippines for a brief period. The two eventually married, and her husband is now also a member of the club.

“It’s a piece of you,” Go added. “Letters can even smell like the person sending them.”

The LA Pen Pal Club, one of more than an estimated two dozen similar clubs nationwide, made its premiere at Paper Pastries in 2015. Hosts Margaret Haas and Victoria Vu don’t arrange pen pals for people, but rather provide a friendly, social space for letter-writing enthusiasts to be in the company of others who share their interest. Haas, 33, owns Paper Pastries and had gotten the idea for the club while hosting a similar gathering at a gift shop where she worked. She met Vu, 34, at those gatherings. In addition to selling paper products, Haas also makes rubber stamps in-house with witty sayings and themes.

Both Haas and Vu said they were drawn to handwriting letters because they like the slower pace.

To Haas, writing a letter is unlike any other part of her life and is sort of paradoxical when she thinks about it.

“It is a solitary activity that leads to communication with another person,” she said. “Writing a letter by hand forces me to slow down, and I think more deeply about my thoughts as a result. I have worked through many issues by taking the time to share them with a pen pal. It is therapeutic that way.”

Handwritten correspondence is a patient, meaningful way to keep in touch, Vu added.

“It gives you the chance to wholeheartedly focus on the person you’re writing to, to channel your care into their hands via paper and pen,” she said.

“I never want to sit down and crank out that email,” Vu said. “I would rather write that letter.”

“Millennials purchase more greeting cards than any other generation.”

On one fall evening, LA Pen Pal Club members shared homemade cornbread and sipped virgin painkiller cocktails. Then they settled around a long table to write. Some of them embellished their notecards and envelopes with shiny heart stickers, others with simple sketches of flowers.

In days, their words and decorated envelopes will travel to cities and towns throughout Georgia and Virginia, South Carolina and Pennsylvania, among others.

Member Jo Bozarth, 37, said she’s been writing to her pen pal in Pittsburgh since she was 12 years old. They met through a classified ad in a teen magazine. Theirs is a friendship that has evolved without ever hearing each other’s voice or seeing each other face to face.

Through the handwritten word, they have shared laughs and tears through various milestones: boyfriends who came and went, new jobs, marriage, children who have grown, and parents and loved ones who have died. Bozarth said it has never occurred to her to contact her pen pal via Facebook or other social media. 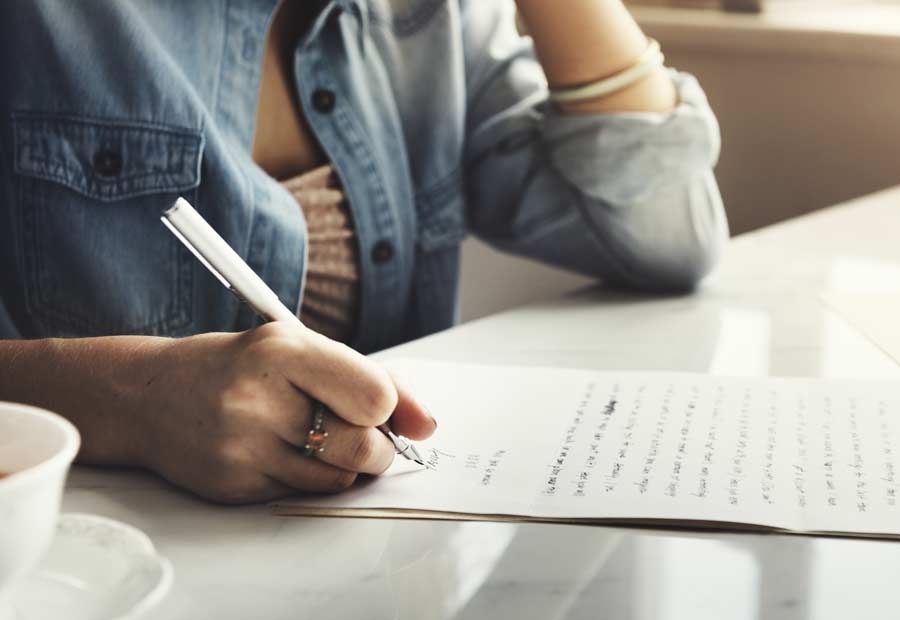 Though the 140-year-old greeting card industry last had its heyday in the 1980s, sales are steady. Americans buy about 6.5 billion greeting cards each year, spending about $7 billion to $8 billion. Millennials in particular are opening new stores, and even experimenting with non-paper products, such as cards made of wood or metal.

“I have seen a significant trend toward new stationery companies being started by entrepreneurs in their 20s and 30s, often women,” said Aaron Hazard, director of sales at the National Stationery Show. “There is a very strong, vocal, and engaged group of people in this age range who are getting back to the basics of paper and then reinventing what can be done with the medium.”

Though there is no hard data available, industry leaders said millennials also are purchasing more greeting cards. “Millennials purchase more greeting cards than any other generation,” said Peter Doherty, executive director for the Greeting Card Association. “We try to understand why that’s happening. We’ve come to the conclusion that millennials and Gen Y are looking for a more meaningful experience. We see that people are looking for something real, something lasting that can be personalized.”

“In taking the time to write a letter, you engage a different part of your mind.”

As for the popularity of writing to pen pals, that too has endured and is even gaining in popularity, said Kathy Zadrozny and Donovan Beeson, founders of the Chicago-based Letter Writers Alliance, an organization dedicated to preserving the cultural tradition of letter writing.

Formed in 2007, the alliance boasts 15,000 members and is growing. Interest in the group has been generated, in part, by word-of-mouth and social media, specifically from Instagram and Reddit, Zadrozny noted.

“It has been a gradual growth, but each year we see about a 20 percent uptick in membership from the previous year,” she said.

Members of the alliance are based all over the nation, but they’re mostly on the West Coast or in the Midwest and are between either 15 and 23 years old, or 45 and 85 years old.

“We certainly have letter writers in the ages in between, but those two age groups are the ones who join our group the most,” Zadrozny said, adding that the age rage makes sense because of common transitions in those years.

Letter writing never went out of style, she added. “In taking the time to write a letter, you engage a different part of your mind. When you write, it feels nearly confessional. You say things on paper you wouldn’t otherwise say in person or via text.”

The members of the LA Pen Pal Club agree. Many of them say those cards and letters help them see unique traits and a different side of the sender.

“It’s really fun to see people write back to you, to see what their handwriting looks like,” said Colby Beck, 31. She began writing letters in college to keep in touch with a boyfriend, and the habit stayed with her.

“My dad writes in all caps. My mom is a cursive writer. My sister writes in bubble letters,” she said.

To Beck and other members of the group, the feel of pen and paper, and the time to write out thoughts and emotions, is invaluable.

Susan Abram wrote this article for YES! Magazine. Susan is a Los Angeles-based freelance journalist and former newspaper reporter. Her stories have appeared in the Washington Post, the Orange County Register, and the Los Angeles Daily News, among others.