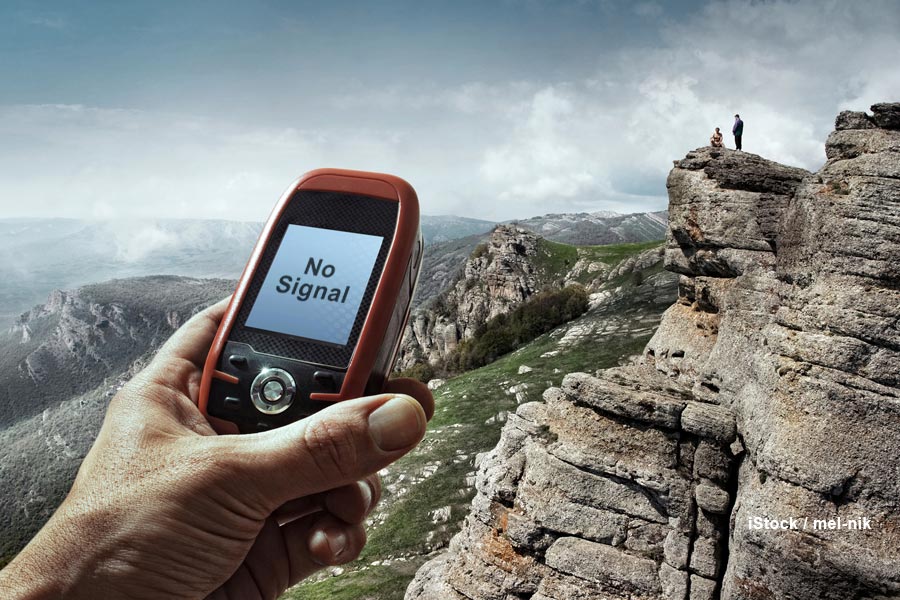 In GPS We Trust

The Global Positioning System, originally built to help guide American military aircraft, ships, and missiles, has long since migrated into the civilian sphere, where it has seemingly proved a godsend for the directionally challenged. No more fumbling with maps, no more looking for bizarre and hard-to-identify landmarks from haphazard directions scribbled by friends with the spatial intelligence of a toddler.

For all the benefits that GPS can provide, the blind acceptance of it as a bullet-proof way-finding solution that obviates human intelligence, is generating an increasing number of detractors, including many of the “customers,” like the US military, that GPS was created to help in the first place.

The Global Positioning System beams down radio signals from a constellation of 24 satellites orbiting the earth. A GPS receiver can triangulate signals from three or more satellites as they whiz overhead and come up with an accurate location for itself in three dimensions—that is, assuming everything works right, and the signals which reach the receiver haven’t been significantly altered or degraded. Given that GPS signals are very weak by the time they reach a ground based receiver, that can be a big assumption in many conditions.

GPS is Great, But…
When weighing both the considerable immediate value of GPS devices and the necessity of having a back-up plan when GPS fails, it’s instructive to consider the attitude of the United States Navy. All by itself, the navy holds as much combat power as every other military in the world put together. Yet even that fearsome leviathan has come to realize that complete reliance on GPS navigation is a perilous course.

According to a recent article in the Washington Post, 2016 is the first year in a decade in which students at the prestigious US Naval Academy are once again being taught to navigate their ships across the trackless seas with the aid of a sextant and starry skies. According to students in the celestial navigation class taught Lieutenant Alex Reardon, the US Navy wants its Academy grads not to be totally, well, at sea, if their GPS systems go down. And the number of reasons that might happen are increasing. Cyberattacks, electronics damaged from electromagnetic pulse (EMP) weapons, or just something as prosaic as power failure on the ship.

The danger of over-relying on electronic navigation technology to the exclusion of all else, even the eyes of the sailors, was illustrated rather embarrassingly in 2013, when a US Navy minesweeper, the USS Guardian, ran aground on a coral reef in the Philippines because the reef’s location was incorrectly marked in the digital chart. The ship’s navigators relied on the bad data and GPS guidance while ignoring the lighthouses that should have warned them away. 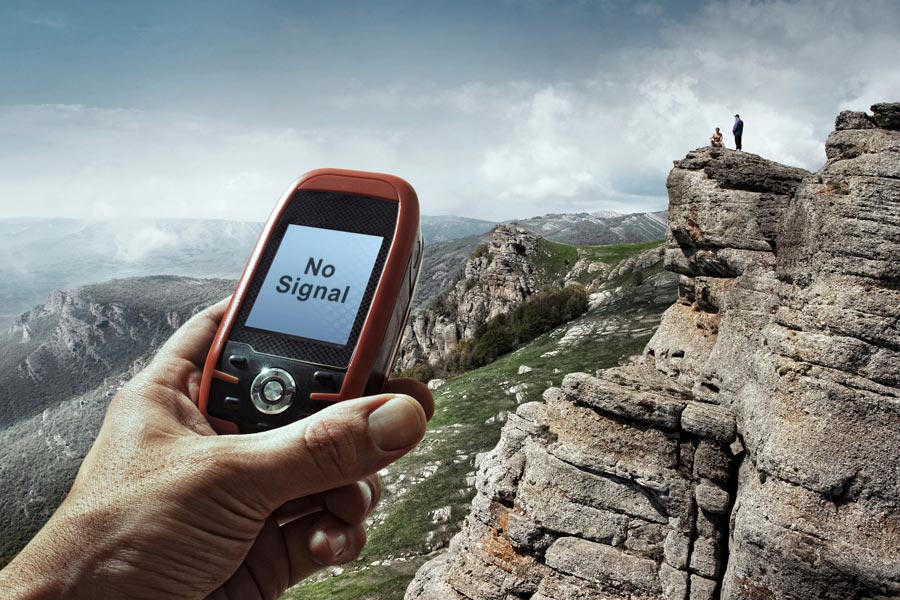 Drones, Drones, and More Drones
Amazon, Google, and other services dependent on local delivery want to cut humans out of the delivery loop as much as possible and are pushing for the Federal Aviation Administration to approve the commercial use of aerial drones for the delivery of parcels.

As the FAA ponders the wisdom of giving drones free rein to zip through our skies, they may wish to consider not just the accuracy of GPS navigation on which drones rely, but the ease of disrupting that navigation. GPS jammers can be purchased online for as little as 30 dollars. GPS spoofers overpower the weak GPS signals broadcast from space with false signals from the ground. In 2013, the University of Texas at Austin used a proof-of-concept spoofer to lure an 80-million-dollar yacht off course in the Mediterranean.

One reason that GPS jamming and spoofing haven’t yet become particularly prevalent in the US is that there is not yet a financial motive to do so. Jam the GPS of a UPS driver or postal carrier, and it won’t matter: they know their delivery territory like the backs of their hands. But if drones are allowed to step into the role of parcel delivery, bad actors could turn to the cheap and readily available GPS disruption technology as a great way to hijack deliveries.

If the history of the Internet has taught us anything, it is that criminals will immediately make use of a disruptive technology as soon as they figure out the financial advantage in doing so.

Just Let Your Smartphone Find It
The average smartphone user will swear by the GPS-enabled navigation built into smartphone apps like Google Maps, until they start cursing at the situation they wind up in, after blindly following the directions spewing from their phone.

An unsuspecting driver might easily find himself forced onto an unmarked toll road from which there is no exit, for which the driver has no loose change to pay, and which won’t accept debit or credit cards. And full disclosure, yes, that was me, but at least I didn’t follow the GPS directions from my smartphone down a boat ramp into Lake Huron, as an Ontario driver did this past May. That woman was forced to swim 100 feet to shore in 40-degree water.

While taking your car for a swim may provide a lighthearted segment for the local evening news, Mother Nature can also be a much harsher mistress towards those over-reliant on modern navigation technology.

In 2009, Alicia Sanchez and her son Carlos were traveling on a camping trip in Death Valley, California. Sanchez got detoured by her GPS onto an out-of-service mining road. When a ranger found Sanchez’s vehicle five days later, in sand up to its axles, young Carlos had already died of dehydration. 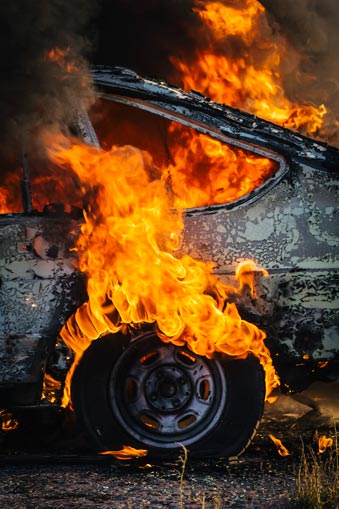 In early 2015, on a car trip from Chicago to Indiana, Zohra and Iftikhar Hussain followed the directions given by their GPS right off a bridge, driving by a legion of “Closed for Repair” signs. Iftikhar survived the plunge, but his wife Zohra was burned to death after the car burst into flames.

Navigating the Great Outdoors
Steve Prickett is a co-founder of the New Mexico Adventure Racing Club. For those unfamiliar with adventure racing, think of a triathlon, as the races usually involve three or more outdoor events like hiking, mountain biking, and kayaking. Except that unlike a triathlon, there is no marked route. Racers are given a map and a series of checkpoint coordinates at the beginning of a race, and after plotting the points on the map, racers have strategize how to reach them in the most efficient way, e.g. “Do we go around this mountain? Over it? Is this race over yet? I’m thirsty!”

It is not a sport for the faint-of-heart or infirm, as even the shortest adventure races are four hours long. Prickett himself was part of a team that completed the ten-day (take that, Iron Man participants!) 2008 Primal Quest adventure race through the wilds of Montana.

Despite the nearly infinite opportunities to get lost that such races offer, the use of a GPS system is strictly forbidden in adventure racing, and Steve Prickett wouldn’t have it any other way.

“GPS is ‘set it and forget it.’ When it beeps, you are on track. With map and compass navigation, you are interacting with your environment, and you are always looking for clues as you are heading towards a mountain, a stream, whatever. It takes more work, no question, but when nature throws things at you, you can react a lot better. From the electronics vs. map and compass, your brain gets more engaged, and when things go wrong and you get lost, you get good at ‘getting found’ pretty quickly. You work your way out of it. With GPS, it is like a light switch, it is either on and it is great, and it is off and you panic.”

After speaking to Prickett, I quizzed Justin Spain, who owns Resolution Rescue, and is also a rescue leader with Albuquerque Mountain Rescue, to see whether Spain’s 15-plus years of experience matched up with Prickett’s intuition that relying solely on GPS in the great outdoors can be dangerous.

It did. “Yeah, we see problems with GPS,” Spain said. “Usually it is a problem with the battery, or the operator, but sometimes the signals are scrambled or disabled. In the outdoors, GPS is a technology people think they can totally rely on, and when they get lost and have problems, they can spiral down mentally and get more and more lost. We have to go rescue people who have a GPS but get lost, scared, dehydrated…they’re hungry and have low blood sugar, and then they start trying to figure out how to really use the GPS unit they bought at REI seven months ago, but never really used until that moment.

“Every mountain guide that works Ranier, Denali, the big parks, what they ‘don’t leave home without’ is map and compass, not GPS. If you get hit by a storm, GPS doesn’t always work. A compass does.”

This is not to say Spain doesn’t use GPS, he uses it all the time, but search and rescue pros like Spain wouldn’t be caught dead in the wilderness without a GPS backup.

“A GPS can be a great tool, but having one doesn’t teach you the fundamentals. You create your own luck (in a survival situation) by being prepared. If you don’t have a backup for your GPS, you’re not prepared.”

As with so much related to technology, one of the greatest dangers it poses to humans is that it exploits the human tendency to turn our brains off when we turn technology on, and to keep trusting technology even when it is leading us—quite literally—into disaster on a freezing lake, on a coral reef, or in the unfortunately all-too-aptly named Death Valley.

Using an artificial external map may at first seem like a trivial and very convenient substitution of technology for cognition, but consider that the most current neuroscience now suggests our brains did not evolve to use tools, to think, or to feel, as scientists had long theorized, but to control movement.

What will the long term cognitive effects be of removing from our brain’s list of regular tasks the very problem it was evolved to conquer? Nobody knows. But we’ll probably find out, following our GPSs all the way.