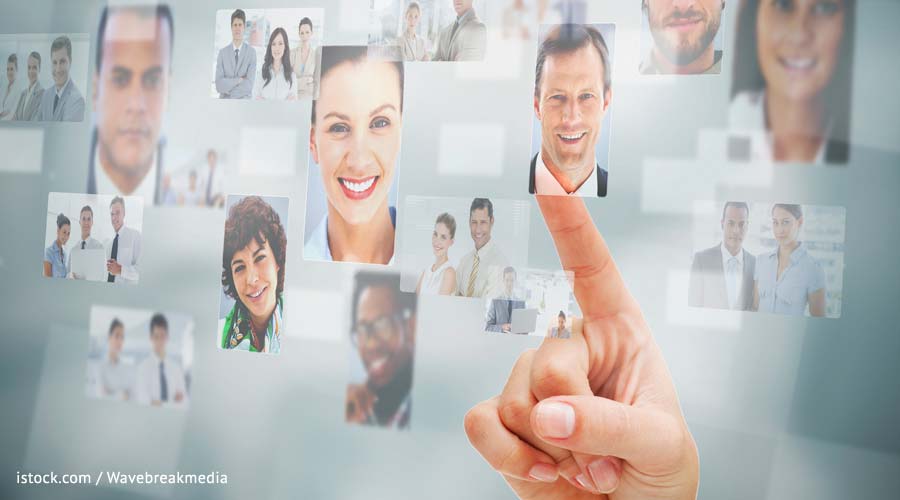 Like many writers, I have spent literally months, if you add up the hours over the last ten years, filling out employment applications. This is not because I no longer wanted to write, but because the economic reality of writing, when the Internet has choked off the advertising revenues that used to support newspapers and magazines, is that you need at least part-time, and frequently full-time work, to support your writing habit.

After spending time filling in fields in yet another “applicant tracking system” (a term I’ve long since come to regard with sheer horror) for positions whose required job skills seemed to be literally taken from my résumé, yet never getting so much as a follow up email, I whipsawed between two states of mind. Either my marketable skills had atrophied completely, or those damn online human resources systems don’t work. The one regular employer I did get on with during that ten-year period I found though a friend, not through that company’s online application process.

Not only was this failure to get any results after hundreds of hours enraging to even the most mild-mannered of men (moi), I have since come to learn that there are untold numbers of HR people that wouldn’t mind taking a baseball bat to their various vendors for the serial and systemic failures of the HR technology they foist on unsuspecting departments.

Lest anybody reading this has found themselves in the same situation—a highly qualified, diligent person attempting to use technology to locate new employers and miserably failing—be assured you are not alone.

HR guru and Forbes contributor Liz Ryan shared an HR tech horror story in her November 2014 article, “The Horrible Truth About Online Job Applications.” In the story, a man named Jim applied for a job he was extraordinarily well-qualified for: technical project manager at a Fortune 50 medical equipment company. This was a job Jim had been doing for the last ten years, but he was promptly informed by the automated application system that he wasn’t qualified for the job, and might instead apply for a minimum-wage job in the company cafeteria.

After Jim took the time to track down the HR manager recruiting for the position he applied for, she explained that she literally never looks at any of the résumés sent to her via her own applicant tracking system. Every applicant is sent the default you-aren’t-qualified-for-this-position email, and a suggestion to apply for other open positions at the company.

And this, let me reiterate, is how a Fortune 50 (not 500) company uses HR technology to manage their hiring.

What is happening, and why?

Liz Ryan put it this way in a March 2015 article for Forbes: “When everybody figures out that the way to get your resume through the keyword searching algorithm is to cram keywords into your resume or your application, the sorting technology becomes useless.” And this is a common complaint from HR professionals.

Kara Volpe does HR for the Baltimore-based maker of educational software, Eduthink.com, and has had first-hand experience with getting deluged by unqualified applicants, making it hard to identify the truly qualified. Volpe looks for a very narrow applicant pool, but instead receives applications blasted at her with a firehose whenever she posts a position to job sites like Indeed.com. She told The Technoskeptic, “Those HR websites aren’t doing a good job, they have poor filter options, they don’t require people to verify they have the very specific skills I’m looking for, like Linux or MSQL.”

Unlike the HR manager at the Fortune 50 company, Volpe doesn’t discard all online applicants out of hand, but confirmed, “They require a lot of sifting,” and admitted she’s as likely as not to find individual candidates by looking at their LinkedIn page and contacting them directly.

Of course, while most of us think of HR in terms of hiring and firing, HR tech influences many ways modern businesses operate…or as is often the case, fail to operate. Jasmit Kaur is an HR data scientist who formerly worked at Microsoft on design and implementation of HR platforms. She is now the founder of the new HR tech startup Culturebie, where she has spent months interviewing companies about why they hate their own HR tech.

When she worked at Microsoft trying to develop best-in-class HR software for the global market, Kaur heard plenty of complaints, like one from Microsoft’s own Chief Information Officer: “How come HR and finance math never adds up?” That question came after HR presented a headcount number very different from finance’s number the day before.

Kaur knew why. The two groups are siloed and use completely different methods to count employees. She explained that the world of HR technology has long been plagued by vendors who promise the moon and the stars, but only address one piece of the HR puzzle, say, finance. They then sell that as a system that is supposed to be bolted on to the existing HR infrastructure.

Either the new system doesn’t do what it promised, or it does, except that you can’t get the data you need to run the new software. Or, as Kaur saw on project she worked on first hand, the customers just don’t want it.

Kaur was chagrined that a project she’d worked on, what Microsoft had hoped would become staffing management tool for a global customer base, instead fizzled. The software had originally been developed for customer relationship management (CRM), not staffing management, and it apparently retained too much of its original design to be user friendly when repurposed into HR tech. 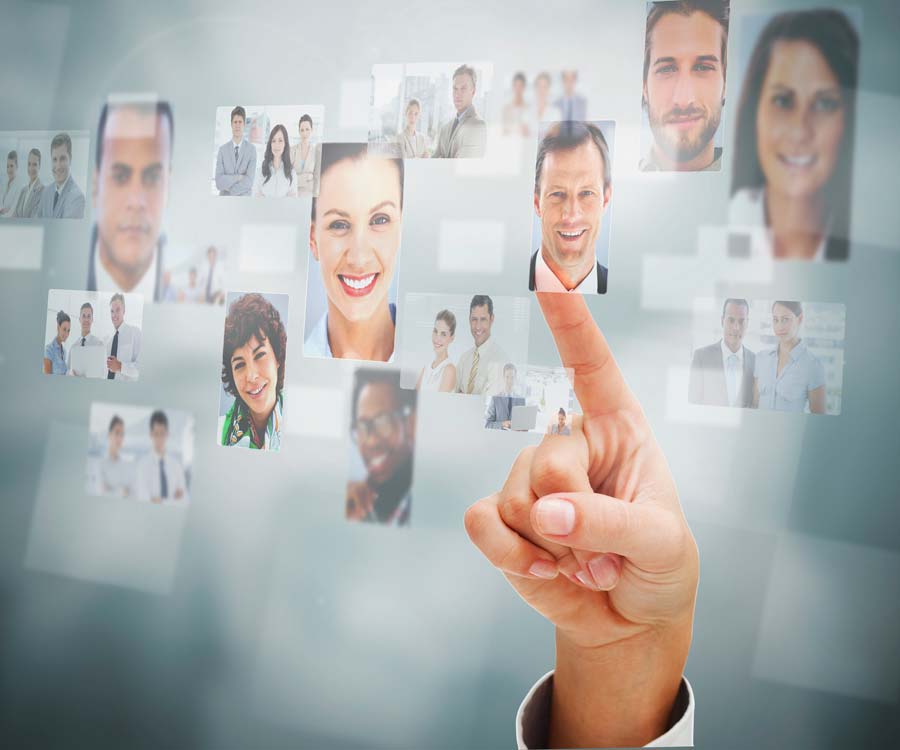 When Kaur asked colleagues at Microsoft India why nobody was using the repurposed software, they answered, “Our recruiters are really shorthanded. They want to be out recruiting, not sitting down entering data into fields to populate a staffing management system.”

In other words, even at places like Microsoft, which develops HR systems being sold and used around the world, the HR math continually “doesn’t add up.” Other examples Kaur saw were an expensive succession management tool that was so cumbersome to use the planners it was supposed to help instead reverted to manually typing data into spreadsheets instead. It had to be scrapped. In another case, an HR data management system she saw at a vendor’s firm would have inconsistent data in different pieces of the HR system, for example, recording an employee as single in one part of the system, and married in another, not a minor deviation if you happened to be that employee and wanted your spouse to have access to your company health insurance plan.

The solution, as Kaur sees it, is a really well-developed, technically and aesthetically beautiful end-to-end HR system (“beautiful things actually work,” Kaur explained), that operates in an integrated way. Alas, the world of HR technology is nowhere near that, she admits.

“Even if the perfect end-to-end solution did exist,” Kaur said, “HR people probably aren’t going to buy it. Most HR people aren’t too tech savvy and a lot of them are frightened of their own systems. They are constantly looking for new vendors.” Those are the same vendors HR departments patronize to fix their biggest immediate tech chokepoint, only to find the new system only perpetuates the programs-A-B-and-C-don’t-talk-to-each-other issue continually driving HR professionals crazy.

Indeed if there is one unifying theme to be heard from people who’ve worked with HR tech, it is that more tech is probably not the solution to their problems.

Kaur shared one her most recent client encounters. “I’ve been working with clients analyzing employee engagement surveys. I can create a numerical score analysis and use machine learning, and give the organization immediate answers as to what the algorithm thinks these surveys say, but the results would be quite pathetic. I love tech, I advocate for it. But none of the results from that kind of analysis would be as accurate as having one of your HR [personnel] sit and read the employee comments.”

Kaur is struggling to get her own clients to understand the limits of technology. They have to do some hard thinking about what they are trying to achieve organizationally, and the context and history of their own business, before trying to figure out what can be done with the huge quantity of data turned out by HR technology.

As Kaur put it, “I’m changing my own philosophy. I understand now that to be done right, we have to step away from the idea that HR can be a data-driven process. Data-informed, yes, but the human factor in the HR world can never be replaced.”

Kaur seems to agree with Ryan, whose Forbes piece summed up the situation well: “I saw the recruiting process degrading and becoming more zombified every year. I saw how that degradation of the recruiting process was hurting job-seekers and employers. Nobody wins—only a technology vendor wins when technology takes over what should be a warm and vibrant human process. Recruiting is a human activity, not a technological one.”

In HR, as with so many other areas of human endeavor, it turns out that when technology is indiscriminately applied, particularly as it is now, the results are frustrating, stressful, and unsatisfactory for virtually all parties except the technology vendors. Now that I know they are the ones responsible for my hundreds of hours of wasted time and frustration, it gives me a very strong itch to chase said vendors, hurling epithets, and pelt them with stones while doing so.

Kaur suggested company leaders may slowly work themselves out of the HR tech morass if they understood the need to sit down and asking questions like, “What is it that we are making and selling? How do we find and keep the best people to do that, and since we don’t seem to be doing a good job doing that, maybe we should ask why none of the last ten HR products we bought seems to be fixing our core HR problems?”