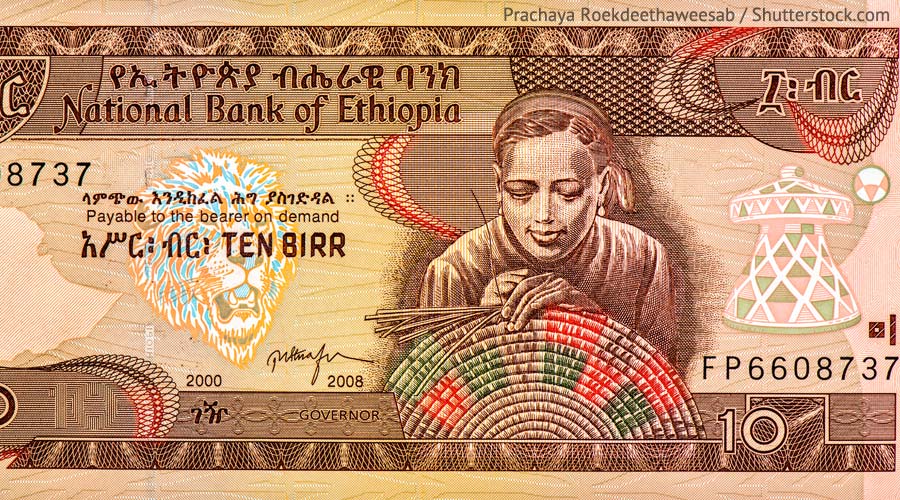 Cryptocurrency Helps the Poor? Don’t Bank on It

Over the past several months, Facebook has been in the news not for its usual privacy violations but for its attempted foray into the burgeoning cryptocurrency market through Libra. Libra is supposed to be a global digital currency that facilitates peer-to-peer payment operated on a Facebook-created blockchain (a distributed digital ledger) and owned by the Libra Association, a group of tech companies including Facebook. In light of companies such as MasterCard, Visa, PayPal, and EBay withdrawing from the Libra Association, and Facebook launching an alternative payment platform called Facebook Pay, it could reasonably be assumed that its prospects of becoming a major global digital currency is in doubt.

Nevertheless, the underlying campaign strategy of Libra, which is borrowed from its predecessors, needs to be questioned, as it is likely to recur. Facebook’s ability to threaten privacy and potentially subvert monetary policy caused an anxiety among regulators. CEO Mark Zuckerberg has in part attempted to assuage critics by promoting his effort as a way to empower the so-called “unbanked”—members of society without access to financial services such as bank accounts, loans, or credit or debit cards. Zuckerberg cited over one billion of them around the world (14 million just in the US).

Libra is not the first, and in all likelihood not the last, cryptocurrency that issuers will attempt to promote by citing the purported empowerment of the global unbanked. This claim has been repeated frequently over the past ten years, while its accuracy has gone unquestioned by governments, lawmakers, and even scholars who might otherwise be circumspect about emerging technologies.

A Decade of Hype
Back in 2014, when Bitcoin was on its way to being the most sensational of assets, former Greek Finance Minister Varoufakis called out the campaign strategy of advocates stating, “There is a Bitcoin aristocracy, the Bitcoin early adopters, who accumulated very cheaply Bitcoins from the beginning. They have every reason to talk this thing up and lure people into like a Tulip-like mania or a pyramid, making extravagant claims…. This was all just hype.”

Under pressure to cover stories about emerging technologies, the media as well seem to have largely jumped on the Bitcoin bandwagon. In 2015, Forbes magazine published a piece titled “How Bitcoin Will End World Poverty,” an idea that was also echoed by CNBC in its report asking “Can Bitcoin Help the World’s Unbanked?”

In December of 2017, the Financial Times published a report titled “Bitcoin, Blockchain and the Fight Against Poverty,” highlighting Hernardo De Sotos’s initiative to use blockchain to register informal property rights.

Who is to believe that the complex problem of poverty is miraculously going to be solved by an experimental digital technology whose real use is dictated by self-interested industry experts?

The essential question is whether there is any evidence that the world’s poor (the so-called unbanked) benefit from the technology. This is particularly relevant to nations like mine (Ethiopia) and Africa in general where Blockchain technology is being widely touted as a panacea for poverty.

In April 2019, Forbes published the story “Cardano Founder Launches Enterprise Blockchain Framework in Collaboration with Ethiopian Government” which described how residents of Addis Ababa would pay utility bills using a cryptocurrency. However, not even in developed countries—where any financial digital technology that works is adopted immediately—are cryptocurrencies widely used. Why the Ethiopian government would prioritize or even start to experiment with blockchain without having meaningfully solved the issues of financial inclusion and access to finance for its citizens is a mystery.

The Unbanked, Unchanged
Unfortunately, neither Libra nor any other cryptocurrency alone can give the poor access to a bank account or financial services. Access to money itself would seem to be a fundamental precursor to any financial transaction, and by definition, this is lacking among the poor, whether in the developed or developing world. Cryptocurrency cannot replace banking either; in fact, having a bank account is generally a prerequisite to accessing cryptocurrencies in many cases.

There are four major ways to obtain cryptocurrencies. One is that a user acquires the cryptocurrency from an exchange platform using traditional currencies. In this case, the user must have a bank account—inherently lacking in the unbanked.

A second way is if the user is a “miner”—an expert in cryptography who possesses computers powerful enough to solve extremely complex mathematical problems in order to receive the cryptocurrency in question as a reward. For obvious reasons, the unbanked are unlikely to have cryptography expertise, state-of-the-art computers, or the ability to pay for the electricity required by mining.

A third way is through a direct transfer to a cryptocurrency address (digital wallet) made by a party in an exchange for cash or another asset of value. Because this method is anonymous, it is favored by drug dealers, tax evaders, pedophiles, money launderers, and other criminals. While that doesn’t preclude honest transactions, it makes the market filled with added risk from unscrupulous actors.

Lastly, one could acquire cryptocurrency as a payment for work. The unbanked do not have the privilege to work and be paid in a fancy digital currency that has little to no use in the real world.

Respectable scholars have advanced the rhetoric that cryptocurrencies somehow bank the unbanked. Michèle Finck, a self-proclaimed technologist and the author of a widely praised book on blockchain regulation and governance in Europe claimed: “In Africa, blockchain has brought banking services to the unbanked, most famously through BitPesa, which provides blockchain-based mobile banking. Companies such as BitPesa and BitSpark moreover allow for the fast and cheap transfer of remittances.”  In support of her assertion, she cites the website of BitPesa, the company that alleges to make money transfer in Africa cheaper.

The reality is that BitPesa cannot transfer money to a customer that does not have access to a bank account and a mobile payment infrastructure. To assert otherwise is simply false. According to BitPesa’s own terms and conditions, the following steps are necessary to conduct payment using Bitcoin in Africa:

“Sender opens BitPesa Account and purchases Bitcoin; Sender authorizes transfer by BitPesa of a given amount of Bitcoin to the designated payee’s bank account; BitPesa debits the sender’s account; and lastly, BitPesa transfers the money to the receiver’s bank account with mobile payment services.”

In other words, an unbanked person cannot access BitPesa’s payment system because a local currency account and a mobile payment infrastructure are prerequisites for the payment system to work. Neither theory, nor practice, supports the idea that blockchain or cryptocurrency provides access to banking to the unbanked. Libra is no exception.

Even in the United States, where large number households are unbanked, cryptocurrencies cannot help alleviate the problem. According to a survey conducted by the Federal Deposit Insurance Corporation (FDIC) in 2017, about 8.4 million households representing roughly 20 million citizens were unbanked. Unsurprisingly, the majority of them, 53% according to the survey, are unbanked simply because they don’t have enough money to keep in a bank account. There is nothing inherently financially inclusive about cryptocurrencies that could allow them to embrace this section of the society.

Zuckerberg, his Wall Street friends, and some Silicon Valley tech companies have absolutely no intention of helping the poor. They are simply using them as a bargaining chip with regulators.

A First-World Solution for Third-World Countries
To further complicate the matter, most “third-world” countries do not recognize cryptocurrencies as money and have capital control laws that make it nearly impossible to acquire foreign currencies that can be exchanged for cryptocurrencies.

In countries where the financial system is not open to foreign banking, citizens don’t even have access to foreign currency accounts. When citizens receive remittances from abroad via Western Union or MoneyGram, the banks automatically convert the sum into local currency. In these countries, citizens cannot purchase cryptocurrencies, as they simply do not have any internationally accepted currency with which to acquire them.

Another reality is that the majority of the poor do not have access to credit for personal financing and small businesses. This is true even in countries where the financial system is sufficiently liberalized, such as in Kenya and Nigeria where mobile payment is at a relatively advanced stage. Many factors contribute to the lack of access to credit to the poor but none can be fixed by cryptocurrencies.

Even if it were to be assumed that an African government succeeds in creating a cryptocurrency-based payment system, is it worth investing in a technology, which currently requires high electricity consumption? Does it address the key priorities of the majority of the people? And are there no existing technologies that can do the exact same thing at a fraction of the cost?

Libra or any cryptocurrency, if it succeeds, might solve the first-world problem of transferring money in a minute as opposed to several minutes or hours. However, it is never going to fix the chronic problem of lack access to financial services that affects primarily third-world citizens. The latter should be on the agenda of governments, international organizations and companies who genuinely want to lift the poor out of poverty.

In a world that has an alarming wealth gap between the poor and the rich, and where third-world countries are at a conspicuous disadvantage, it is cynical in the extreme to use the plight of the poor as a pretext to accumulate wealth in the hands of a select few.

An earlier version of this article was published in the Addis Standard.