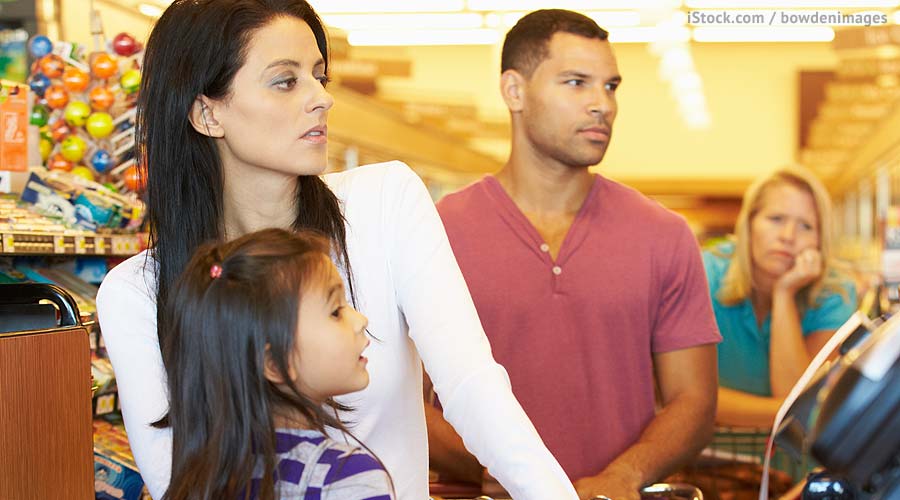 The Limits of Efficiency

“We demand convenience in all facets of life…. Why should shopping for alcohol be any different?” Why indeed! Nearly all technologies, at their core, traffic in this idea of doing something more easily or more efficiently. That is as true of the plow as it is of Drizly, the smartphone app that delivers booze to your door. Without meaning to, Drizly’s rhetorical question illuminates one of the classic misunderstandings of technophiles—the belief that making everything easier makes everything better.

Worship of efficiency as a guiding principal doesn’t appear out of a neutral framework. It’s predicated on goal-oriented behavior, a sense of linear time, the valuing of productivity as a measure of self-worth, and the ranking of different kinds of experience—all outgrowths of the technological mindset. To put it another way, if a person is living fully in the present with a certain sense of joy, then efficiency has no value. The unspoken context of efficiency is a pressure to arrive somewhere sooner. But if you’ve already arrived—at peace, wisdom, and happiness—then there’s no rush.

Efficiency comes about in part from the idea that this thing we’re doing over here—whatever it is—is unpleasant, and we just need to get it over with so we can get to that thing over there. But increasing efficiency has not led to resting in the new here. It has merely sped up the process of moving through here’s and there’s, many of which fail to satisfy, begging us for further interventions. It is only in this accelerated and superficial context that we could become disturbed by such inconveniences as paper mail, stationary telephones, and supermarkets.

What is all of this incredible ease and efficiency for? For centuries, it has been posited that technological interventions would free up our time so we could spend all day composing haiku or sipping caipirinhas under coconut palms. Never mind that most people would actually become listless and depressed if that’s all they did. 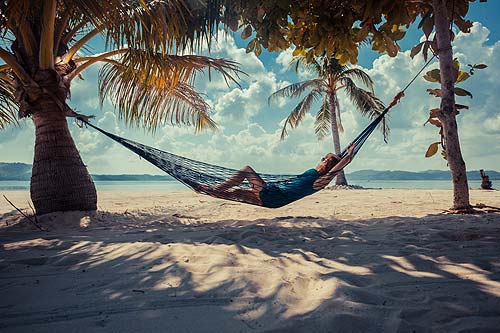 In the workplace, that hasn’t happened, first because efficiencies accrue to the owner, not the employee, and second because any efficiency is offset by a downward valuation of the product or service, thereby requiring ever more sales in order to maintain profitability. Racks of brand-new five-dollar pants at Primark testify to that, as do the Bangladeshi workplace conditions that produce such garments, including collapsing factories like the one in Dhaka that claimed 1130 lives in 2013.

Here in America, you are treated with more respect, but no employer is sending their workers home an hour early every day because a new operating system allowed them to accomplish their tasks 12.5% faster. The US Department of Labor’s time-use survey shows that the average number of hours worked has remained essentially unchanged from 2003 to 2015, during which time smart phones, Facebook, YouTube, and Twitter were all invented. Looked at this way, greater workplace efficiency is inherently folly, merely a treadmill assuring a greater volume of work for each person, or, as automation gets increasingly sophisticated, no job at all.

But ease and efficiency can also be pursued in private life, and in that realm, who would deliberately choose to make something more difficult? Look more closely, though, and things become less obvious. It’s easier, for example, to never clean your house. It’s easier not to shower. It’s easier not to have the “birds and bees” conversation with your kids, not to negotiate a raise, not to build consensus in groups, not to protest injustice. It’s easier, in fact, to lie in bed all day. Yet we know that, while easier, those choices are almost certain to lead to worse outcomes and less happiness. In short, easier is not only not necessarily better, it can be actively worse. 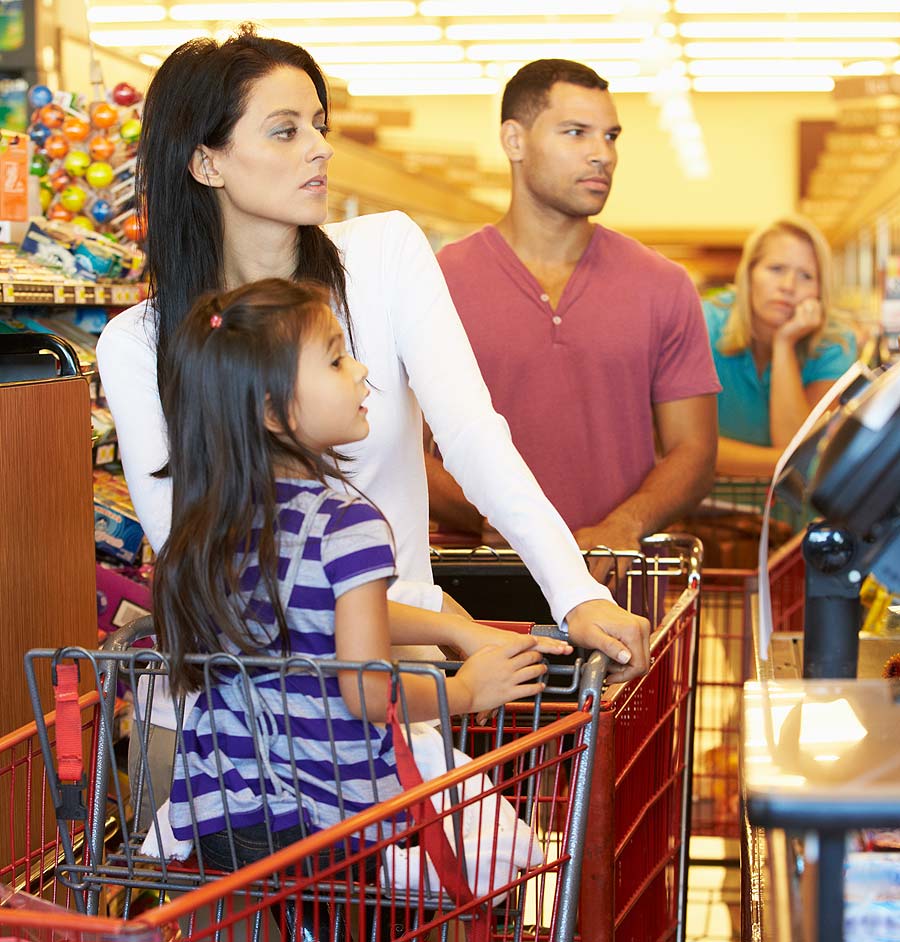 The truth is that many parts of life, particularly those that are valuable and rewarding, are difficult. The effort expended in service of these rewarding things is not incidental—it is actually often what makes the things rewarding in the first place. If a robot raised your children, it would surely make parenting easier—but also vastly less meaningful.

There are, then, two obvious approaches to dealing with life’s difficulties. One is to attempt to change our circumstances, in some cases by radically reshaping the external world, forcing it to bend to our will. This is the technologist’s way. The second approach is to develop our internal faculties so that we are stronger, more flexible, more compassionate, and more self-reliant. This is the wise person’s way. The former involves lowering life’s conditions to a place far beneath your own capabilities; the latter involves raising yourself up to meet life where it is.

In both cases, interestingly, things do have the effect of being easier. But in the wise person’s way, that happens through the development of self which leads to a richer, more satisfying life. I think most people, if asked, would want to have wisdom, strength, and resilience. In order to get them though, we have to practice—essentially we need to have the experience of finding our way through the world and overcoming challenges. There really is no short-cut to this.

The technologist’s way is a short-cut. It’s an end-run around experience and challenge. A world of complete ease is also a world without a sense of accomplishment or mastery, a world without learning or self-reliance, and a world with decreasing tolerance for the most minor inconveniences. When you think of this on a large scale, it means we’re actively practicing the very behaviors that lead to helplessness, laziness, and a sense of entitlement.

Once a technology of ease is widely adopted, it can be extremely difficult, even for otherwise diligent people, to deliberately choose a more challenging course of action—even when that action is not all that challenging to begin with. Few people would choose to walk five miles when they could drive. But by walking, they might get fresh air, strengthen their heart and legs, run into people they know, develop less wasteful habits, appreciate the scenery, enjoy letting their minds wander, or achieve a meditative state. They’d also come to see walking five miles as something they were easily capable of. It may be that while few would choose it, most would actually be happier and healthier had they done it. What we do when we unthinkingly adopt technologies of ease is exactly the opposite. Our abilities atrophy, which in turn, makes everything seem more difficult—including challenges our ancestors would have found routine.

We were all once competent facing those challenges, like feeding ourselves and building shelter. Most of us forgot these skills several generations ago. Now we are being encouraged to abandon even more modest skills, like reading maps, making plans in advance, and shopping for Jaegermeister in person. There is seemingly no task so easy that it can’t be made easier. What skills does a person who refuses to click twice develop? This is the real question we should be asking. The answer is impatience, helplessness, and a sense of entitlement. These are the skills we rehearse in the technologist’s utopia. If we’re looking for wisdom, strength, acceptance, self-worth, compassion, and resilience, then the route we’re taking is inefficient indeed.