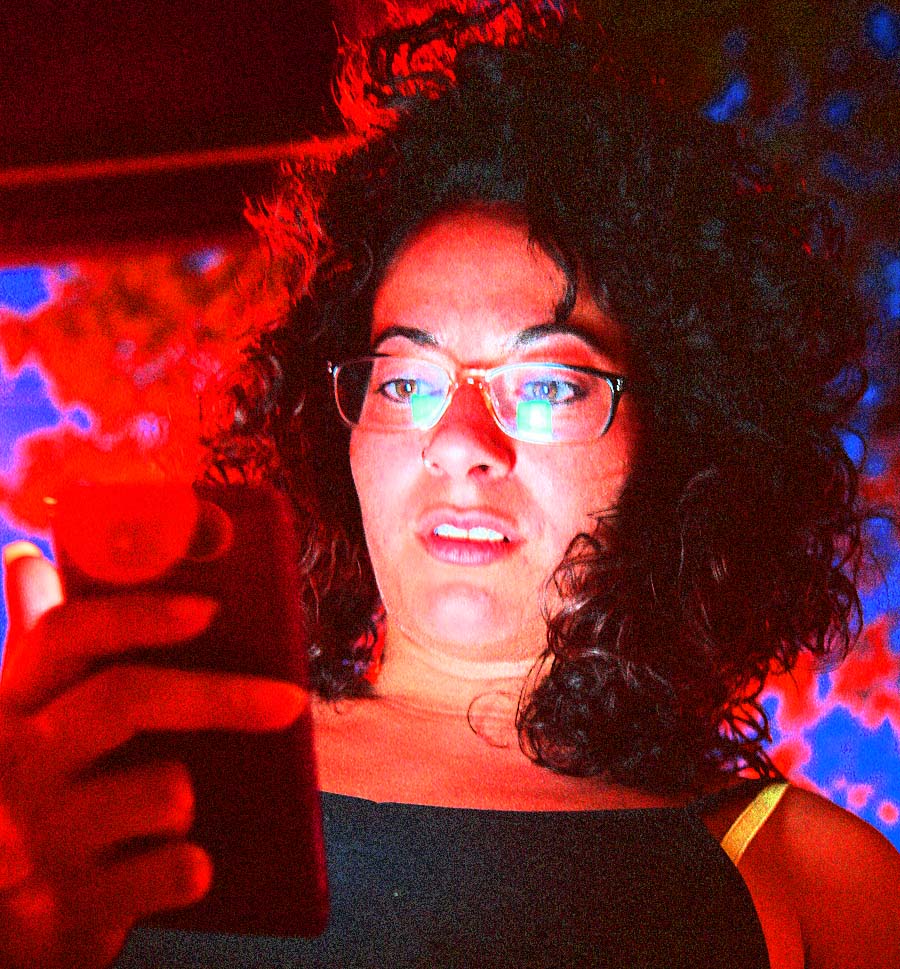 My Life Among the Zombies

The undead have certainly been popular lately, haven’t they? I have never been sure exactly what started the craze that has left almost nothing uninfected, including Jane Austen and Abe Lincoln. I’m not a fan, but I am starting to see why this theme might resonate at this particular time in history because, you see, I live among zombies.

The zombies that surround me are not actually undead in the literal sense. They are generally reasonably dressed and without open wounds. For the most part they eschew violence–that would require actually looking up. These individuals couldn’t be bothered. They are buried in their smart phones.

It is possible that I’m the last person in America who doesn’t have a cell phone. How did this happen? It was simple really. Like every other human in the history of planet Earth, I did not originally have a cell phone because they had not yet been invented. Then I just kept on not having one. I’m not sure if someone can become a spokesperson for a countercultural movement simply by not doing anything, but if so, then I have. That in itself may say a lot about where we’ve come as a society. You are probably thinking I must be an antisocial, sanctimonious Luddite. But the truth is I’m actually extremely social, for a sanctimonious Luddite. And therein lies the problem. I’m still here, but everyone else is gone.

You may not have noticed this issue because you, too, are one of the zombies. I can tell you that you are missing stuff. First of all, you’re impeding traffic, and I’m not just talking about cars. I mean foot traffic. You suddenly stop on stairwells. You walk distractedly and erratically at a snail’s pace in crowds. You chat cluelessly in front of doorways. You block aisles in supermarkets, shelves in book stores, racks in clothing stores. You think you’re aware of your surroundings, but you’re not.

There’s other stuff. You’re really loud and obnoxious in coffeeshops, on trains, in waiting rooms. You spoil quiet moments in nature or at places of great beauty. You reveal incredibly personal information about yourself, and sometimes the unwitting person you’re speaking to, in inappropriate places. Your half-conversations are amazingly distracting, even when you think they’re not, even in places where real conversations are taking place. Also, your ringer is annoying and it clashes with the music that’s on the loudspeakers in the café.

When you’re out with friends or at parties, you ignore them. You interrupt your conversations, and get pulled into something that’s happening somewhere else. You need to refer to Wikipedia and IMDB the instant that any mildly interesting question comes up, instead of talking with your friends and enjoying the process of discovery. The glow from your screen spoils the ambiance at theatres and bars.

Your obsession with documenting every moment that you’re not present for might be cute, in an ironic way, if it wasn’t so deeply sad. At concerts you shoot videos, staring at a tiny pixellated representation of what is actually happening, live, right in front of you, usually holding your phones above your head, prioritizing the view of an inanimate device over that of the humans behind you.

You can no longer make plans. You use the constantly updated ETA as a cover for your inability to show up somewhere when you said you would. You’ve become so good at delaying responses until the last minute that you are unable to commit to the most trivial of appointments.

When you’re alone, you miss opportunities to interact with your environment. You fail to connect with people in small ways, that you will never notice, that make up much of our daily human contact and build community. At a cashier, at the bus stop, in the dog park, waiting for the walk signal. You present a wall to others. You shut out the world.

In short, you have the social skills and reliability of a self-absorbed and poorly-mannered twelve-year-old. But you’re so distracted by your phone, that you don’t notice the social cues that would allow you to realize how rude, obnoxious, and unreliable you’ve become. To be fair, perhaps everyone else is also phone-blind and thus doesn’t much care what you might have had to contribute to begin with.

Wait a second, this article started out being kind of funny, but now it’s just a mean rant! You might reasonably say it is your choice, dammit, and it’s none of my business. The first part is true. But what you might not know is that your choices are affecting other people all the time, even complete strangers like me. And so it has unfortunately become my business.

Are you really comfortable letting a technological device change the fundamentals of who you are as a human? The respect and consideration that you give those around you? The manners you were taught as a child? The answer, so far, has been yes. And that makes me sad, because I liked the world where we were all in it together. I liked being in the moment. I liked taking pleasure in the company of friends. I liked dancing with abandon in a club. I liked meeting someone randomly on a train. I liked the gentle murmur of conversation of shared spaces. I liked the peacefulness of a wooded trail. I liked, in essence, being human.

All I know is, we didn’t used to be this way. You didn’t used to be this way. Yes, there were always rude and inconsiderate people, but the smart phone has enabled and even encouraged people to be rude and inconsiderate on a scale previously unimagined. And I can say for my part, with not a single moment of hesitation, the world was a much better place without it.

As it stands, I’ve been curated out of your cloud-constructed universe, another obstacle to be sidestepped on your face-down journey. Now, I not only live among zombies, but have become one.