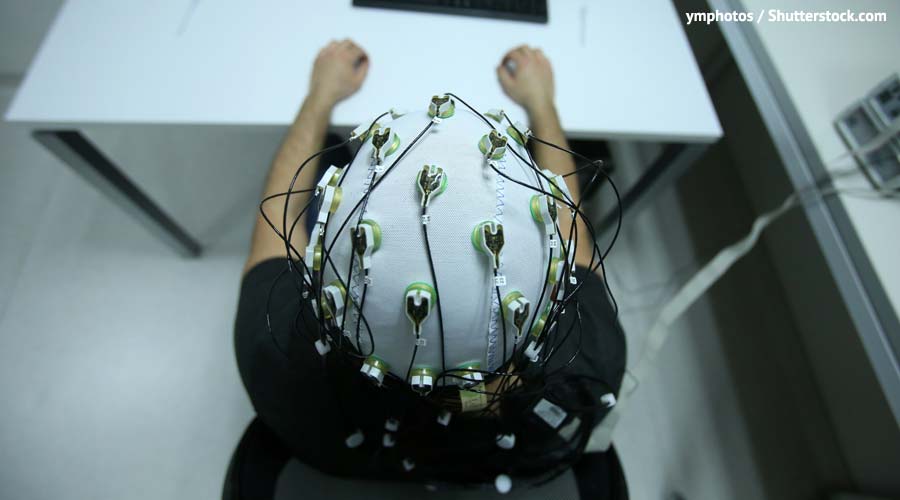 The Mind-Bending World of Neurotechnologies

Neurotechnologies link the brain to machines. They range in scope from sophisticated implants requiring the work of skilled neurosurgeons, to homemade stimulation devices made with little more than batteries, a voltage regulator, wires, and sponges. While some neurotechnology devices are designed to simply monitor or encode the electrical activity of the brain, others are designed to directly stimulate the brain in order to communicate with it or change its function.

The pace of development and use of these technologies has been breathtaking, fueled in part by public investments in the Brain Research through Advancing Innovative Neurotechnologies (BRAIN) initiative, military interest, and private investments by the likes of Elon Musk and Halo Neuroscience. Sometimes termed electroceuticals, these technologies have been used to treat neurological disease or control prostheses. But their use has gone beyond the therapeutic; companies are now designing products to enhance performance in sports, music, or mental processing. Neurotechnologies are being built to create artificial memories, transfer real ones, and to link brains into a biological Internet as if they were so many organic computers. The sober consideration of the ethical consequences of these devices has not kept pace with their development.

Electrical brain stimulation has been used since classical times when Greeks and Romans applied electric torpedo fish to the heads of those suffering from headaches. In 1803, Giovanni Aldini demonstrated the role of electricity in muscle actuation (first described by his uncle Luigi Galvani) by applying electrical charges to the body of a newly executed criminal, causing the dead man to flail and grimace in a grotesque spectacle. Electrical stimulation featured in some of the health devices invented by the corn flake baron, John Harvey Kellogg in his Battle Creek Sanitarium. In the 20th century brain stimulation in the form of electroconvulsive therapy or ECT (often called shock therapy) was widely and infamously used to treat psychological problems, and as knowledge grew about the localization of brain function, use of surgically implanted electrodes to deliver current to specific brain areas became more common.

Neurotechnologies fit into two broad categories—invasive and non-invasive. Invasive technologies require surgery, and include deep brain stimulation (DBS) employing precisely implanted electrodes, as well as devices such as cochlear implants and interfaces to enable brain control of prostheses. Non-invasive technologies include ECT as well as transcranial electrical stimulation (TES) and transcranial magnetic stimulation (TMS). In these cases, electrodes or magnets are placed on the scalp to deliver an electrical charge or magnetic pulse to the brain.

Deep brain stimulation (DBS) arose from a grim history that included efforts to alter psychological and sexual behavior. Robert Galbraith Heath experimented with DBS on a homosexual man in an effort to “convert” him to heterosexual behavior as part of the Tulane Electrical Brain Stimulation Program which began in the 1950’s and continued for decades. More recently, DBS has emerged as a useful approach to treating Parkinson’s disease with dramatic results. Some patients suffering from the debilitating tremors or frozen in the the hunched and unsteady gait that characterize the disease have been able to turn off their symptoms at the flick of a switch, as seen in promotional videos for firms like Medtronic and the NeuroMedical Center Clinic in Baton Rouge.

The application of DBS quickly expanded to the treatment of other neurological conditions like depression and obsessive-compulsive disorder. But as the use of these devices has become more common with over 100,000 implant surgeries, chronic problems have begun to emerge. The most common complaint from patients was a sense of detachment and estrangement from themselves. In a paper by Peter Zuk and colleagues titled “Alienation, Quality of Life, and DBS for Depression,” one patient reports, “I don’t recognize myself anymore,” while in a study by Frederic Gilbert and colleagues “Miss Being Me: Phenomenological Effects of Deep Brain Stimulation” another patient claims, “My family say they grieve for the old [me].” Clearly, manipulating brain function can lead to psychological distress amid a sense of lost agency.

There is currently an arms race to develop the most extensive electrode-rich interface to be knitted into the brain. The more electrodes in an implant, the greater the number of neurons that can be reached by a computer interface and the greater and faster the information transfer. While much of the current DBS technology is provided by Medtronic, part of the BRAIN initiative objectives was to stimulate development of new high capacity brain computer interfaces (BCIs). Elon Musk founded the company Neuralink to develop this sort of interface, touting arrays with thousands of electrodes that can be “stitched” into the brain with what researcher Timothy Hansen and colleagues have called a “‘Sewing machine’ for minimally invasive neural recording.” Neuralink’s advances are dwarfed by those of the Defense Advanced Projects Agency (DARPA), whose stated goal is to reach a million neurons with a BCI.

Of course, there are many reasonable motives for the military to have an interest in the therapeutic uses of neurotechnologies. Restoration of brain function or control of prostheses for those injured in battle are examples. However, the involvement of military agencies such as DARPA in the development of these technologies is an open invitation to suspicion about nefarious applications. These technologies could potentially be used to augment military training or camaraderie, to increase lethality, or to alter autonomous behavior. Imagine using artificial memories to enhance training or create artificial motivations or to manipulate emotional responses to circumstances. And what better way to create an esprit de corps than the merging of brain activities into a brain network? Far from science fiction, memory manipulation, augmentation and brain networking are all areas of active neurotechnology development. 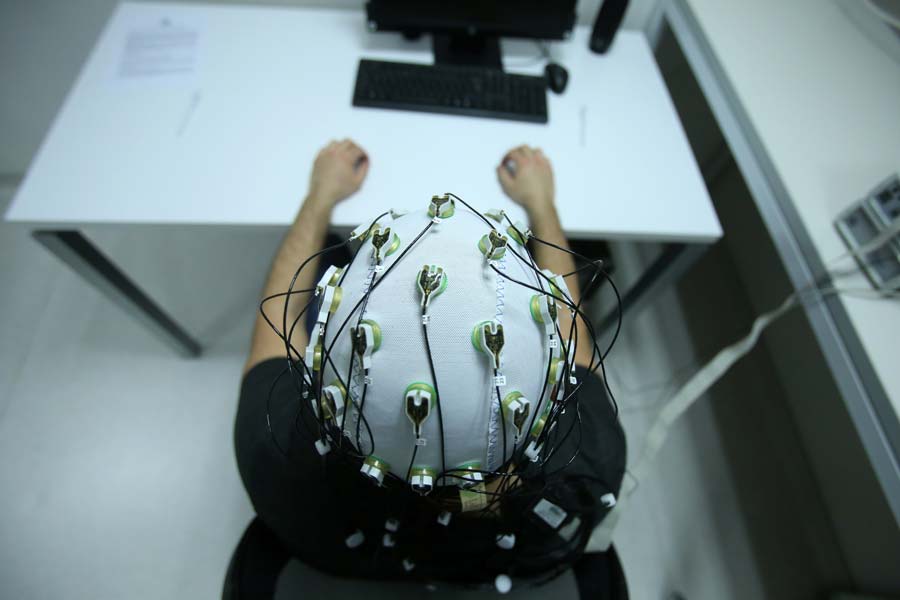 The enthusiasm for brain manipulation extends to non-invasive technology as well. Although these devices seem to offer a simpler, less “bloody” intervention, they can cause irreversible changes to the brain. The ECT treatment that Ernest Hemingway underwent caused permanent memory loss and may have contributed to his suicide. He quipped famously, “It was a brilliant cure but we lost the patient.” More recently, low-power transcranial devices have become popular as a cure-all for afflictions ranging from depression and anxiety to the tics of Tourette’s syndrome, as well as performance enhancers for cognitive function, physical training, and athletic and artistic performance. And all these benefits reportedly come without side effects. Direct-to-consumer device manufacturers have been quick to advertise their transactions with the Navy SEALS, Olympic and professional athletes, and professional musicians.

Transcranial electrical stimulation devices are the most accessible neurotechnology and therefore carry unique safety and ethical concerns. While one can purchase direct-to-consumer devices like the Halo Sport (primarily targeting the enhancement of athletic performance), those seeking a less expensive approach to enhancement or therapeutic benefits are taking matters into their own hands. There is now a vibrant on-line Reddit community where intrepid brain-zappers offer advice and share their experiences creating homemade TES devices. Imagine strapping a pair of electrodes to your head ostensibly to stimulate a specific region of your brain. How accurate do you think that placement would be? Should it be the same on both sides of the brain or different? If you are using a direct current, should this be a positive or negative electrode? How long should you stimulate? How often? These questions are the fodder of endless online conversation, and as the number of questions increases, so too do the chances of getting things terribly wrong.

One wonders about the consequences if such devices get in the wrong hands. Commercially manufactured devices are designated for adults since our brains are actively developing well into our 20s, and the consequences of their use on a developing brain are even less certain than on a fully developed brain. But will hyper-competitive parents turn to Halo Sport to make their child first chair violin or get them on the varsity team? Will this be a substitute for Ritalin in SAT prep?

Despite these concerns, the safety of transcranial stimulation is one of its great selling points. Most would say there are no side effects. One possible reason for this is the fact that the generally agreed upon maximum power used during stimulation is quite low: two milliamperes. Anything above this results in side effects, the most immediate and salient being skin burns. But is this level of power sufficient to change brain function?

At least one study, by György Buzsáki of New York University and Antal Berényi from the University of Szeged in Hungary, found no detectable external current in the brain of a human cadaver when stimulated at this power level. Cadavers are not precisely like living human beings, their temperature is different, and their conductive properties may change from their living counterparts. Nevertheless, the most parsimonious conclusion to be drawn from that study was that the charges used in transcranial stimulation were too weak to do anything. No side effects, certainly, but no on-target effects either.

However, some in the field immediately argued that the effects of transcranial stimulation, far from being a sham, must be due to the stimulation of cranial nerves that lie outside the skull. Neuroscientist Vincent Walsh from University College London summarized our understanding of transcranial brain stimulation to a Science reporter more succinctly (if more cynically) as “a sea of bullshit and bad science.”

Is this all a placebo effect or wishful thinking? There seems to be years of anecdotal evidence suggesting otherwise, but the effects of neurotechnologies are likely to be very unpredictable, the sum of vaguely managed considerations related to treatment. Whether fraud or fad, transcranial brain stimulation will continue to be offered in boutique clinics and sports clubs.

Meanwhile if these interventions actually do work as intended—by directly sending electrical current to the brain—all who use these devices may be susceptible to injury from them. Children and the mentally ill may be especially vulnerable whether they have inadvertent access or be subject to coercive use.

This is the brave new world of brain manipulation using technology developed by the military, appropriated and deployed by those seeking the competitive advantage of augmentation. What could possibly go wrong?