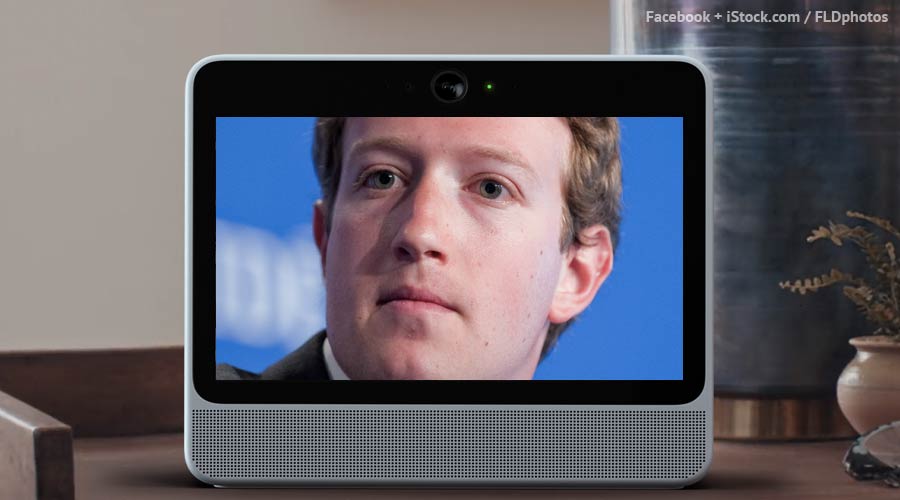 From the editor: Michael Bugeja is an award-winning professor at the Greenlee School of Journalism and Communication at Iowa State University. He’s an early critic of digital technology, recognizing that the mediation of interpersonal relationships via screens would pose societal and ethical problems. He’s been examining this phenomenon for years, including with his 2005 book Interpersonal Divide: The Search for Community in a Technological Age, 2017’s update Interpersonal Divide in the Age of the Machine, and an ongoing blog at Interpersonal-Divde.org that ties current events to briefs on the same themes. We’re grateful that Michael will occasionally share some of his topical posts with us here at The Technoskeptic, where we may include some extra contextual information for our readers.

This one comes on the heels of Facebook’s latest product announcement, an honest-to-goodness piece of physical hardware called Portal, a video phone with a “smart camera” which pans and zooms to track users:

The latest Facebook feature, Portal, is really only a hands-free video chatting device that follows you in your own home or wherever you plant the dang thing, including your office or classroom (and yes, some early adopter assistant professor will do that and publish a paper titled: “Framing the Frame: Facebook Portal’s Integration in Blended Course Development.”)

Give me a break. Or better still, Facebook give us a break.

The device comes with all manner of disclaimers about loss of privacy. Only that language is couched in what YOU can do to protect your privacy, if you use it. You can disable the camera (nobody will forget to do that, of course); the camera’s AI programming doesn’t use facial recognition (nobody will recognize you in your own kitchen using your contact data), the device doesn’t share your conversations (although it integrates with Alexa, which does), and all bets are off as soon as you say, “Hey, Portal” (cool; but you’ll have to delete voice history).

If you think this review is negative, you haven’t read the technology blogs.

“On the heels of a massive Facebook security breach [in late September, it was reported that hackers stole access tokens for 50 million users], either Facebook thinks we’re all a bunch of morons ready to give more of our blood to the tech giant, or we actually are a bunch of morons engaged in active data bloodletting at Facebook’s doorstep because Facebook has announced its Portal video device to continue the bleeding, but through video.”

The devices come in two sizes: Portal (10-inch screen, $199) and Portal Plus (15.6-inch screen, $349) with enhanced audio with video rotation to track just what you are up to in your physical environs and adjust accordingly.

Interpersonal Divide has tracked Facebook privacy invasions, its several data breaches, and its impact on higher education since early 2006. The introduction of Portal reportedly was delayed until the Cambridge Analytica scandal, also covered, was forgotten in the tumult of fake news, again covered in the blog, compliments of Facebook. [See links to Michael’s prior work in the sidebar]

Unfortunately, this new Portal device was introduced during Facebook’s latest security breach affecting between 30-50 million users, with millions reportedly having their contact information stolen, along with data about their gender, relationships and location.

It bears emphasizing that Portal is not merely the product of one tech monopoly working in the surveillance economy, but two; it’s powered by Alexa, Amazon’s automated assistant with its own nebulous privacy implications. It’s bad enough that much of our public life is now subject to surveillance cameras. Why put one in your own home? —ML