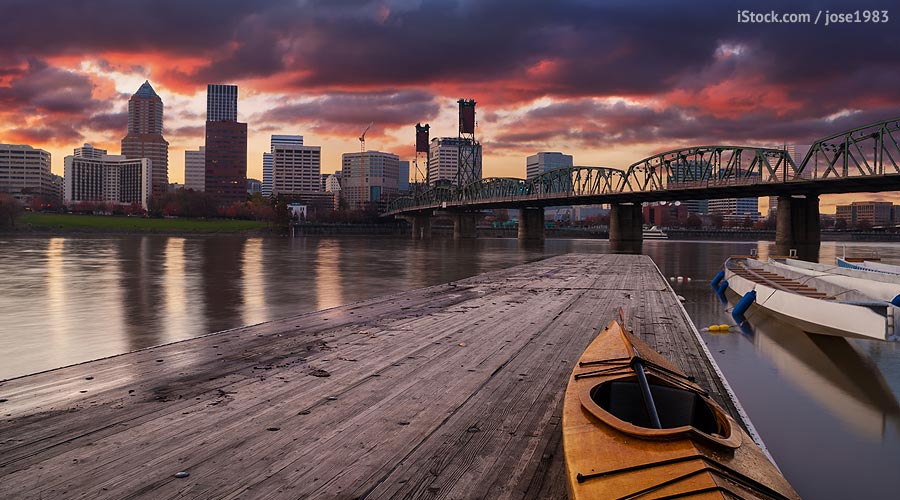 On a clear July morning three years ago, dozens of environmental activists pushed their kayaks into the Willamette River in Portland while others rappelled 400 feet from the top of St. Johns Bridge in an attempt to block a Shell Oil ship and its drilling equipment from leaving the port and entering Alaskan waters.

A key piece of Shell’s arctic drilling fleet, the vessel had arrived in Portland for repairs but its departure was delayed by protesters chanting “coal, oil, gas, none shall pass!” during two days of civil disobedience that became known as Summer Heat.

By the time the vessel finally sailed, the stage had been set for what would be a yearlong battle, culminating in an ordinance that banned construction and expansion of fossil fuel infrastructure in the city.

In January, the Oregon Court of Appeals upheld Portland’s ban as constitutional, affirming the city’s power to regulate the safety and welfare of its residents and sending a powerful signal to cities that they too can take the lead to limit fossil fuel use.

And while the court ruling could set precedent for similar climate action elsewhere, how Portland passed the nation’s first fossil fuel infrastructure ban holds important lessons for how other communities can use grassroots activism to implement the renewable energy transition in their cities.

“The Oregon Court of Appeals decision basically says that ‘yes, local communities do have the right to restrict against fossil fuels and the risk that they bare,’” says Mia Reback, who helped organize Summer Heat and is development coordinator at the Portland chapter of a global climate action group, 350PDX.

In the fourteen months since the Portland ban was imposed, elected officials across three U.S. states—Idaho, California, and Washington—have publicly committed to creating similar climate action in their communities.

In part because of the roadmap Portland’s provided, city- and state-level actions opposing the fossil fuel industry are gaining momentum across the country. But it took Portland a while to find its own way.

Seeing value in the Pacific Northwest for its geographical proximity to Asian energy markets, oil and gas companies were planning expansion of offshore oil and gas operations in ways that threatened the atmosphere with carbon dioxide emissions.

“In the public consciousness, we started to message that ‘all fossil fuels are bad.’”

In fact, a Sightline Institute study in 2014 showed that the number of proposals for new and expanded terminals and pipelines in Oregon, Washington, and British Columbia had the combined potential for releasing five times the level of climate-warming carbons as the Keystone XL pipeline.

And for Portland, construction seemed inevitable because the Port of Portland could enter most agreements directly with the oil industry without having to hold public hearings. That left local climate activists stuck in perpetual crisis-response mode each time a lease permitting Arctic drilling was issued. Civil disobedience and direct action seemed the only avenue to slow the industry, Reback said.

In 2014, some 5,000 people in Portland participated in the People’s Climate March, a global event that drew nearly 1 million people onto the streets in cities around the world. In Portland, retired teachers, churchgoers and students later came together to form the Climate Action Coalition to continue to build on the momentum at a grassroots level.

They straddled tracks to block the passage of oil trains in Vancouver, Washington, where 21 people, dubbed the Vancouver 21, were arrested. But their involvement in ‘kayaktivism’ which created a human blockade of the Willamette River that day in 2015 was one of their boldest moves.

Bonnie McKinlay, 67, is a coalition member and a longtime climate justice activist who participated in the Keystone XL pipeline protest in front of the White House in 2011.

“In the 70s we fought nuclear power plant proposals,” McKinlay said. Older generations “have been engaged in labor issues forever, civil rights, and women rights issues through the decades—we bring a lot of those organizing skills to the fore.”

“Us older folks can bring what we’ve learned and has been a part of our careers, lives, and political lives.” 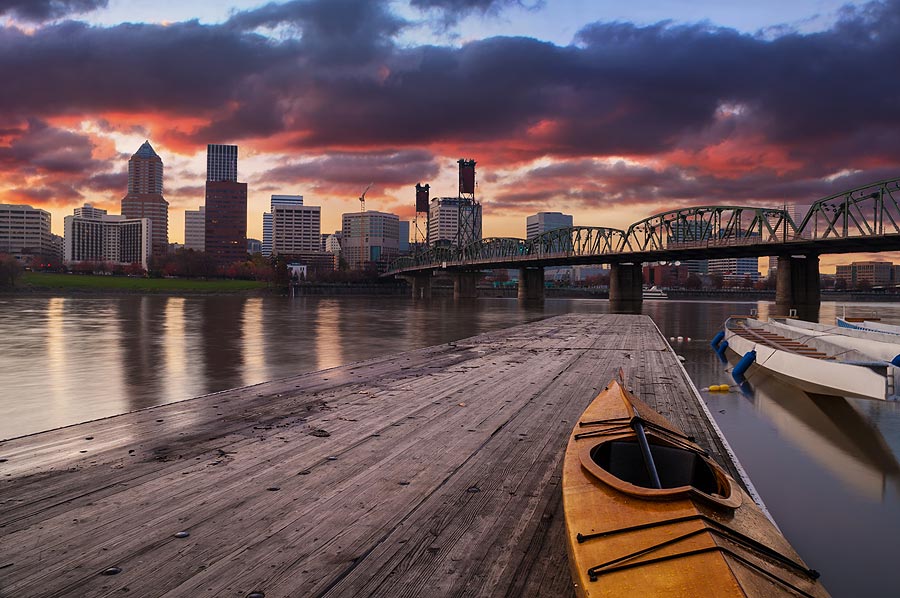 But the industry has gotten more powerful and technology through social media has changed a lot about how groups build movements and organize against social ills. McKinlay calls the work of climate organizing “a two-way learning street.”

“Us older folks can bring what we’ve learned and has been a part of our careers, lives, and political lives to these new campaigns,” McKinlay says. “There’s been a tremendous amount of sharing.”

A rare moment that fostered community between generations, young and old, happened in July 2015 when Portlanders in the climate movement gathered for storytelling night. “We had this amazing spread of stories shared that night that really brought into the room so much movement history,” said Reback.

But even as coalition members bonded, another oil project was under way. This time a Canadian company, the Pembina Pipeline Corp., proposed shipping 37,500 barrels of propane every day to the Port of Portland on the Columbia River. The propane would arrive via oil trains across sensitive environmental areas between Portland and Pembina’s Redwater facility in Canada, northeast of Edmonton, Alberta.

Coalition organizers knew a propane terminal this large warranted a big response. Media reports had been showing the worsening impact of fossil fuels on both the climate and health of people in the Pacific Northwest.

A 2014 Oregonian report showed that 25 percent of Portlanders reside in what it called the “blast zone,” along rail lines where train cars carrying propane would present irrevocable damage if it were to explode or spill. Oregon’s emergency planners, the report noted, were insufficiently prepared to clean a spill or respond to an explosion.

“Fossil fuels do not belong in our society and we would transition off of them.”

“Some of the people most impacted by (this) are living in rural and conservative areas… it’s threatening the fundamental livability of this planet,” Reback said.

So the coalition fine-tuned its message to shift the debate from liberal versus conservative to focus on the health and safety dangers the oil industry posed to everyone.

And then they found a breakthrough. Pembina inadvertently opened up the public hearing process after it requested a small modification to land use and zoning regulations, necessary for just 300 feet of pipe. But that small opening gave the public its first chance to launch a fiery referendum on the entire project.

And in May 2015, eight months after he came out in support of Pembina, Portland’s then-mayor, Charlie Hales, cited more than 3,000 public comments in denying the company’s land-use request. In withdrawing his support for the entire project, Hales called it “a real referendum on our commitment” to addressing climate change.

A resolution, which wasn’t challenged in court and passed in September 2015, requires the city of Portland to divest local government money from Chevron, Exxon Mobil, and 200 of the largest fossil fuel companies on the city’s ‘Do Not Buy’ list.

“We sent the message, very loudly and clearly that we were tired playing whack-a-mole,” Reback said. “We were done fighting these individual fossil fuel terminal projects, and we’re ready to find creative solutions that once and for all settle the question that fossil fuels do not belong in our society and we would transition off of them.”

Kevon Paynter wrote this article for YES! Magazine. Kevon is the Surdna reporting fellow for YES! Follow him on Twitter @KevonPaynter. This article was funded in part by a grant from the Surdna Foundation.