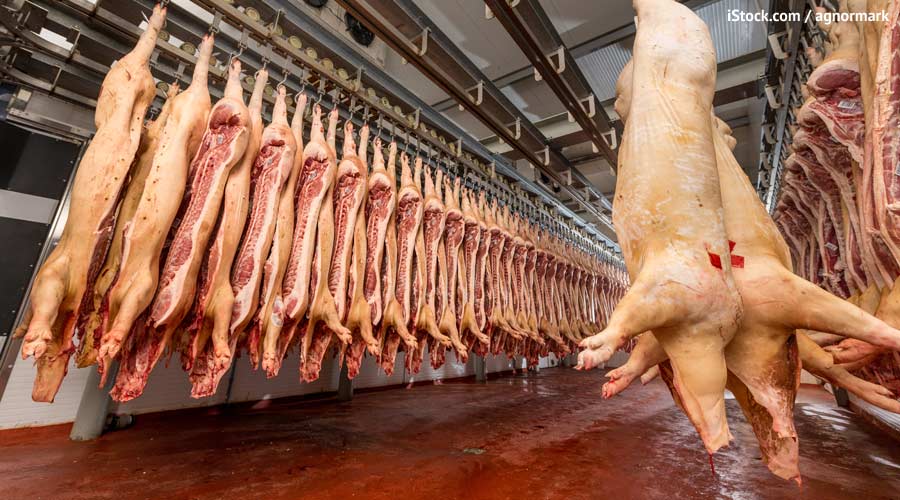 The Problems of Industrial Meat: A Primer

Americans love meat. According to Johns Hopkins Bloomberg School of Public Health, we eat about three times the global average, which means our meat intake has doubled in the last century alone. But our country’s carnivorous tendencies would be impossible if it weren’t for industrialized meat production. Before the industrialized practices that fuel today’s chart-topping consumption levels, meat was either expensive or required significant time and physical exertion (whether via hunting or the raising and feeding of animals). That is no longer the case. And while meat may be easily accessible and affordable, its consumption comes at a high cost to animal welfare, the environment, and human health.

While America’s meat-loving society stands in contrast with the rest of the world’s more omnivorous approach, the idea of eschewing meat for a more plant-based diet can be traced back to ancient times. The first arguments against the consumption of meat began in ancient India and ancient Greece, stemming from religiously motivated nonviolence. Throughout the ages, many other groups have also chosen to restrict or eliminate meat from their diets, particularly for moral and ethical concerns. Buddhists, Jains, some Jews, and early Christians favored vegetarianism over meat-eating, and these early thinkers influenced 19th-century activists such as authors Percy Shelley and Gustav Struve. 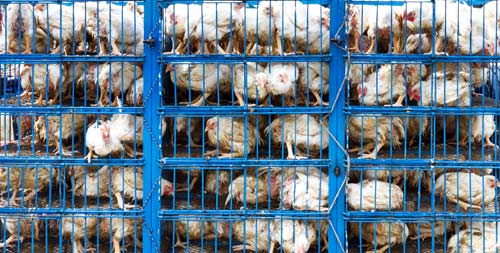 Today, vegetarian and vegan movements are on the rise, gaining popularity among middle and upper classes around the world. Animal welfare concerns are still largely at the forefront of these movements, but thanks to industrialized agriculture, we must also contend with fallout from antibiotic resistance, environmental destruction, and concerns about nutritional deficiency.

As these issues arise, consumers are taking notice. A recent National Research Group poll about factory farming concluded the vast majority of consumers want to reduce animal suffering on industrial farms. For example, four out of five Americans polled said that they wanted food companies to drastically reduce the suffering of chickens on factory farms. This data has given rise to a slew of new claims by meat producers that their animals are “free-range,” “organic,” “antibiotic-free,” or “pasture-raised.” While these claims may assuage consumers’ guilt about what they are buying, they don’t necessarily indicate a better quality of life for the animals on these farms. There are very few actual laws dictating what constitutes free range, organic, or pasture-raised, which means that meat labeled as such doesn’t even necessarily come from animals who lived outdoors. Farmers strapped for cash have found ways to technically comply with USDA requirements without actually providing a better quality of life for their animals.

Since the USDA has a vested interest in ensuring US farmers turn a profit, the organization’s standards for animal welfare are generally low. For example, though the USDA requires organic chicken access to the outdoors, a small screened porch would fit the requirements even if most of the chickens couldn’t get to the area due to overcrowding. Free-range meat is supposed to come from animals who were able to roam outside freely, but according to the Associated Press, USDA regulations for free-range chicken don’t “require the birds to actually spend time outdoors, only to have access.” And free-range regulations don’t apply at all to cows or pigs. Most meat in the US comes from factory farms, and most of those industrialized farms can stamp “free-range” on their packages with no legal repercussions (which they do). Because of this lack of transparency, even the most conscientious meat consumers are contributing to practices they might find to be cruel and unjust. Industrialized agriculture has distanced us from the high levels of violence and suffering inherent in factory farming (compared to more primitive methods of accessing meat). We have separated ourselves from the reality that eating meat inherently requires violence and, with modern practices, induces pain and suffering on the animals that sustain us.

Animals in factory farms and many free-range farms experience harsh conditions, ranging from overcrowding to forced branding. With little room to move around, they have no freedom to live their lives doing what animals naturally do. In such environments, they often suffer emotional issues such as anxiety and depression. Pigs and especially cows are routinely fertilized with “rape racks,” after which their babies are taken away from them at a young age. Unneeded male chicks in the egg industry are thrown into a grinder as soon as they are born, suffering a painful death. These are just a few of the disturbing practices that industrial farming has made routine. 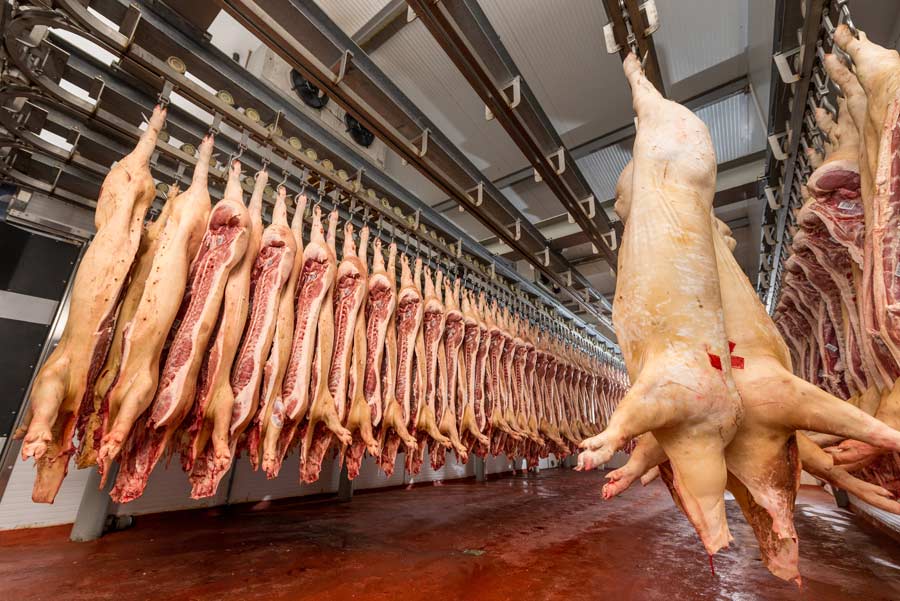 But even those who are unmoved by animal welfare concerns should worry about the impact of factory farming on the environment. First and foremost, the industrialized meat industry generates a significant amount of greenhouse gases. According to the Institute for Agriculture and Trade Policy, “The industrial meat and dairy sector emits more greenhouse gas than the entire transportation sector, while often relying on forced farm and slaughterhouse labor and draconian contracts for farmers.” Many of these emissions are in the form of methane, which is significantly more potent and environmentally damaging than carbon dioxide.

Furthermore, vast quantities of resources must be redirected in order to produce enough meat to meet demands. Livestock requires a huge amount of grain, the production of which also requires significant pesticides, fertilizer, and water. In fact, more land in the world is set aside for grazing animals than for any other single purpose. And according to the American Journal of Clinical Nutrition, one calorie of animal protein requires the same fossil-fuel input as ten calories of plant protein. If resources for raising animals were instead used directly for human consumption, we could produce more food with fewer pesticides and less fertilizer use while drastically reducing the agricultural sector’s greenhouse gas emissions.

Greenhouse gases aren’t the only environmental issue, though. Factory farms often use preventive antibiotic treatments, which increase antibiotic resistance, ultimately resulting in superbugs. And cattle ranching practices contribute significantly to the deforestation of the Amazon, which yields broad environmental impact, including the destruction of a major natural carbon dioxide sink essential to keeping our air breathable.

Beyond our environment, a negative aspect of meat eating that has also gained the attention of consumers in recent years involves adverse effects on human health. While the Johns Hopkins Bloomberg School of Public Health recognizes that essential proteins and nutrients can be found in meat, most consumers in the US eat one and a half times the recommended daily protein allowance. Excess protein consumption can lead to a host of health difficulties, such as cancer, diabetes, and other “lifestyle” diseases. A variety of studies, including one published in The BMJ in 2017, point to an excess consumption of meat—particularly red and processed meat—as a cause of mortality. 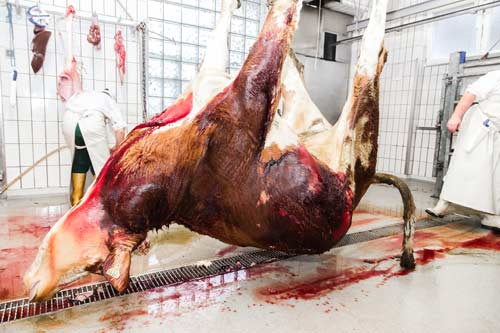 Do we really need so much meat when the same beneficial proteins and nutrients found in meat can be found in plant-based foods? It seems we don’t. Since 2009, The American Dietetic Association has supported vegan and vegetarian diets, stating that “appropriately planned vegetarian diets, including total vegetarian or vegan diets, are healthful, nutritionally adequate, and may provide health benefits in the prevention and treatment of certain diseases. Well-planned vegetarian diets are appropriate for individuals during all stages of the life cycle, including pregnancy, lactation, infancy, childhood, and adolescence, and for athletes.” This statement effectively negates the common claim that vegans and vegetarians can’t get the nutrition they need to thrive.

With an abundance of reasons to eschew modern meat production, there are few rational arguments for meat eating that carry significant weight. Unfortunately, vegan and vegetarian activists have made themselves vulnerable to criticism by focusing on whether it is “natural” to eat meat. While it’s undeniable that the human species evolved eating meat, current scientific understanding of the human body’s nutritional needs clearly demonstrates that historic meat consumption has no relevance as to whether this practice should continue where other healthful options are abundant.

As a vegan myself, I cannot support the killing of animals in any context—whether they live happy lives on farms or not. But whether you are a vegetarian or a committed omnivore, there are ample reasons to turn away from factory-farmed meat. The suffering it imposes on livestock is morally abhorrent, it is environmentally irresponsible, and it is bad for public health. Clearly, factory farming, which provides the vast majority of Americans with their meat today, is a bastardization of the way humans consumed meat for thousands of years. Until we question the ubiquity of industrial animal agriculture and the modern technologies that drive mass meat production, we cannot be honest with ourselves about our stances on animal welfare, environmentalism, and human health.