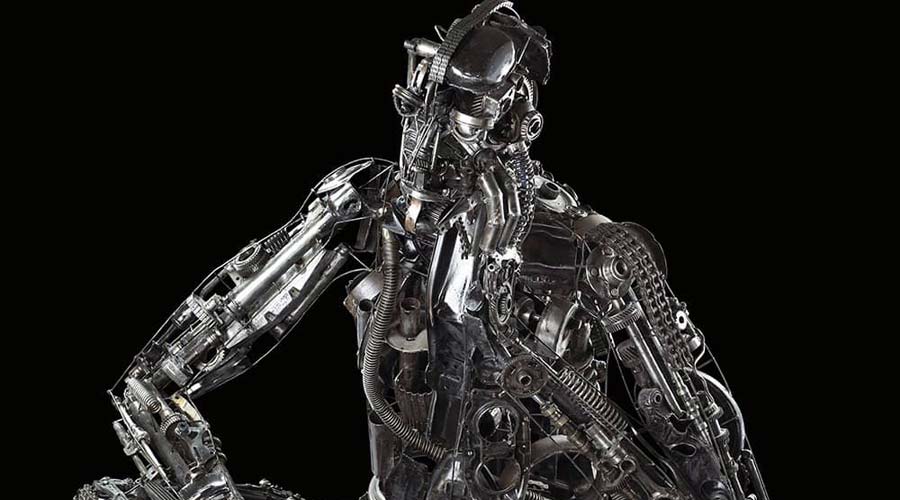 Brett Frischmann and Evan Selinger’s work Re-Engineering Humanity—a “framework for identifying and evaluating techno-social engineering of core capabilities that distinguish humans from simple machines,”—is a vital new addition to the literature on humanity and technology. The reason is that we are already living in an era in which the terms “progress” and “human progress” are no longer synonymous. Progress is today defined as the advancement, well-being, and strengthening of what Stephen Talbott called “things that run by themselves,” that is, of systems, rather than of humans, societies, and civilizations.

Frischmann and Selinger tell us that our present situation was foreshadowed a century ago by Frederick Taylor, the industrial-manager-turned-philosopher. Aiming at greater efficiency, Taylor wrote that whereas “in the past the man has been first; in the future the system must be first.” The authors argue that Taylorism has, in our century, extended out from the workplace to include every facet of daily human life. The relentless perfection of efficiency in all spheres, rather than the well-being of human and other life, has thus become the central, all-encompassing ideal.

The authors write in an eloquent and convincing way that, guided by neo-Taylorism, technologists are endeavoring to smooth out all the transaction costs and inefficiencies of being human. In the process, humans are being brought down to a level indistinguishable from simple machines. Instead of humans engineering technology, technology is now engineering humanity.

Re-Engineering Humanity insists that instead of focusing on the future danger of new technology advancing upward to equal or surpass humans, we must consider the specter of today’s humans being dumbed down by the technology that is already here. In systematically cutting away human inefficiency, the architects of these systems end up throwing the baby out with the bathwater: defeating humanity’s freedom to be itself and to independently chart its own course.

In modern times, this kind of freedom was carved into the political and economic ground of liberal democracy. The authors argue that the new architectures are authoritarian at their core, in every way antithetical to liberal democracy as we have known it. They assert that the “smart” environments technologists are building pose “a threat to the liberal democratic ideal that people should be generally free to choose their own ends with minimal interference,” and that they will instead collectively function “much like an authoritarian government imposing a mandatory state religion.” The author Douglas Rushkoff has previously noted that humans are increasingly being cocooned in these environments, separated from one another, their life energies dissipated and atomized, and humans thereby stripped of their natural capacity for collective, coordinated, focused action on their own behalf.

Whereas systems were once engineered to fit the priorities of humans, Frischmann and Selinger tell us that humans are now being programmed to fit the priorities of systems. They claim that what makes this 21st century version of “techno-social engineering,” or “engineered determinism,” as they alternatively call it, different from humanity’s earlier encounters with technology is its scale, scope, influence, architectural extension, and the new factor of media intervention. These all add up to unprecedented power. We have now entered an era in which humanity is being overpowered by the systems it made. Neo-Taylorism as the driving ideal makes this not only acceptable; it makes it the preferred outcome.

In their discussion of what these new systems require of humans, the authors ask not whether machines can be programmed to think, but whether humans can be programmed to “not-think,” or stop thinking. They propose an inverse Turing test, in which a machine observer might mistake a human for a machine, because the human is that much reduced. If humans can be made to stop thinking, they’ll require less and less in the way of system resources to sustain themselves. In that eventuality, the systems will be able to run the humans in the most objectively efficient ways possible, through autonomous algorithms that take over most human functions. 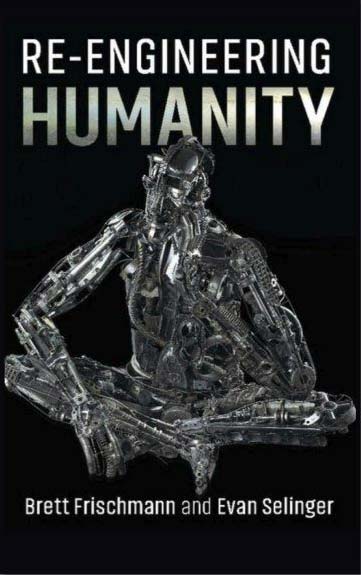 For humans to allow this to proceed, machine control has to be made pleasurable and entertaining for them. To hook them in, their minds have to be made to experience pleasurable sensations. Thus the emergence of a new world of what the authors call “cheap engineered bliss,” in the form of the “Experience Machine n.0,” the n standing for whatever is the most current version number.

By using the mathematical notation n, the authors imply that this process is set to escalate indefinitely. As it does, people’s standards will adjust regressively downward, they claim, such that the production of cheap bliss to occupy human minds will require progressively fewer, more efficient resources. These will eventually become minimal, yet still sate the public. That’s because human minds will be engineered to be devoid of initiative, leaving most humans with neither the will nor the ability to create their own happiness, and instead content to have it engineered for them by the system. In the footnotes, the authors use the words “zombies” and “slaves” as synonyms for these regressed minds.

Frischmann and Selinger rightfully say that we must reject this future, that we cannot allow the blessings of humanity to be foreclosed in this way. How might we do this? Unfortunately this is where the authors’ insightful skills falter. They assert that degrees of freedom for humans should be engineered into the technology: “What we’re asking is for degrees of freedom engineered into our lived-in environments and thus our lives.”

Given Frischmann and Selinger’s own arguments, we should not depend on or expect technologists, guided by neo-Taylorist principles, to do that, nor should we want them to, as that would be usurping our own authority to lay claim to our own natural degrees of freedom. Human degrees of freedom are inefficient—which is why they are being so determinedly excised in the first place. To the contrary, real, meaningful freedom comes not from the minds of engineers, but from our own determination and will to keep our world structurally open for the sake of our future. To remain free, we must not let technologists create a closed spatio-temporal circuit around our world for the purpose of control. The exits must outnumber the walls by our own doing. That is the definition of a structurally open system.

Aside from this single prescriptive weakness, Re-Engineering Humanity is among the strongest and deepest works on the subject to appear in at least the last decade, suggesting that the freedom of the 21st century will be the freedom to be “off.” It asserts, in so many words, that the ability to be off is nothing less than the ability to exercise our “freedom of will and practical agency,” free from interference by these techno-social engineered “smart environments,” and thus, from techno-social engineering as a whole. For humanity to retain this freedom will require that we actively move to reclaim our original human spaces, those that gave birth to and sustained us across history, those real-world environments that transcend the simulated and semi-simulated environments of “cheap bliss” currently being technologically engineered for us to inhabit in their stead.

“Off” describes the human spaces where human futures are built, and the blessings of humanity passed on. The freedom to build that human future, and our systematic, practical exercise of that freedom in real-world times and spaces, are existential: they constitute nothing less than the right to be human in a machine-dominant age.