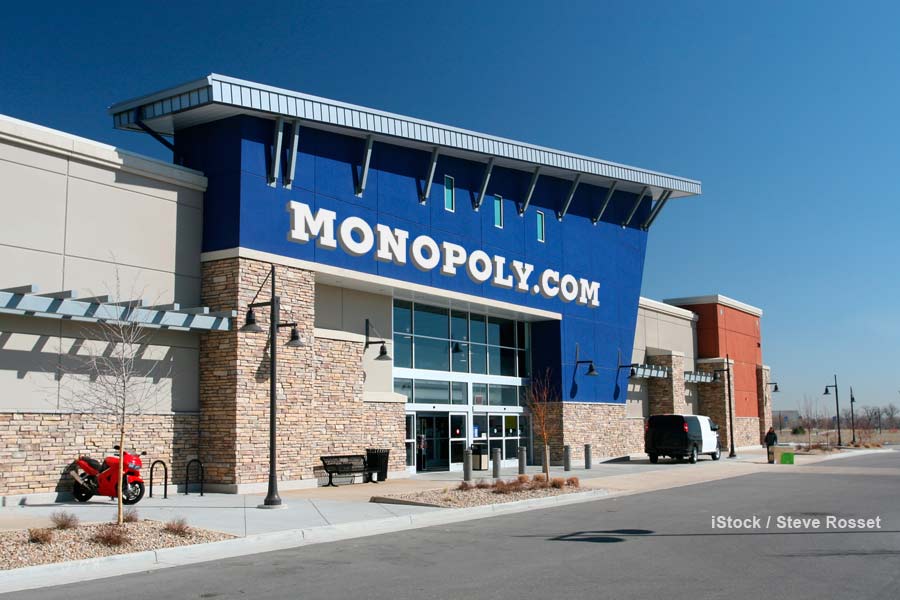 Getting Our Act Together: Robinson-Patman and Monopoly Power

Theoretically, the Internet is the great equalizer for entrepreneurs looking to start a business.

Let’s say you want to sell computer parts online. It’s fairly simple to set up a website and payment platform, and if people can find your site, there’s really nothing stopping you from competing head-to-head against online retail giants like Amazon, Newegg, and Best Buy.

But the reality isn’t quite that simple. Let’s say you get a good reputation selling solid state hard drives through your site for $94.99. That’s just enough to make you a tidy profit and get the attention of buyers, so more people start ordering from your site.

But then the supplier starts selling those same drives to Amazon at an even lower price. Amazon in turn starts retailing them for $87.99, even below the manufacturer’s minimum advertised pricing policies.

You could go even lower with your prices, but not only will that cut into your profits substantially, it also risks the manufacturer cutting you off for a while for breaking their pricing rules.

“Amazon cheats by buying millions of dollars of inventory in bulk, and then breaking minimum advertised pricing policies,” said Jared Poole, a Missouri-based e-commerce developer who works on websites for many small online businesses. Poole explained that while suppliers will temporarily suspend an account for violating a policy, “Amazon buys enough stock at once to ride through their suspension, and just repeat the cycle.”

You can still make some money playing by the rules, but Amazon still has a huge advantage in terms of being found more easily through search engines, where first page rankings are king.

“Amazon has become such a giant that it is nearly impossible to compete with them in a paid search campaign,” Poole said. “A small business has to spend tens of thousands of dollars in Google search marketing campaigns to gain what are scraps compared to what Amazon is given in organic search results.” On top of that, Poole added, they need to set a price point below the minimum needed for either the supplier’s policy or their own profitability. Suddenly, Amazon has a sizable price advantage and near-monopoly that all but shuts you down.

If that sounds like it should be illegal, well, it is. Sort of. But building such a case is not easy. In fact, if the price discrimination by a manufacturer doesn’t put you out of business, the legal battle almost definitely will.

The law allows for both criminal enforcement by the federal government, and civil lawsuits by buyers who feel wronged by the price discrimination of sellers.

“The Act was originally passed during the Depression to protect small grocery stores against chain stores, and it was purely a political act,” said Theodore Banks, a partner specializing in antitrust litigation with the Chicago law firm of Scharf Banks Marmor. “The FTC had studied whether chain stores were getting unfairly better prices, and determined that they were not. The lobbyist for the association of wholesalers that supplied mom-and-pop grocery stores (the chain stores often purchased direct and bypassed the middleman) lobbied for the law, and Congress passed it, notwithstanding evidence that chain stores (supermarkets) were vastly more efficient than the corner grocery.”

As a law that has always been politicized, the Robinson-Patman Act has a complicated history. Federal enforcement was initially aggressive, yet subsided in the 1960s.

In the ’70s, there was a movement to repeal the act, then in the ’80s the Federal Trade Commission started to resume enforcement of the act against booksellers. Federal enforcement declined again in the ’90s, and is now nearly nonexistent. Still, Banks says there is “zero” chance the act will be repealed anytime soon. The act is on the books, but lawyers know it’s rarely worth bringing up anymore.

Civil lawsuits under the act are more common than criminal actions, yet also extremely difficult to win. If a plaintiff does somehow manage to prevail, it’s possible to get triple damages or win an injunction against the discriminatory sales act. The former is very difficult to calculate; the latter is a little more likely.

For a plaintiff to prevail under a Robinson-Patman Act claim, he or she must prove that the defendant sold to both the plaintiff and a competitor:

Where the price discrimination:
• Harmed competition generally
• Harmed the plaintiff specifically
• Was known to be unlawful by the competitor

The biggest issue with a Robinson-Patman lawsuit is proving that the prices offered by a manufacturer both hurt competition and the plaintiff.

When looking at the effects on competition, a court will look at the other reasons a larger retailer receives a better price. One common reason why the biggest retailers are given price breaks is volume or growth discounts. This means that if a retailer orders more of a product at once, or over time, they get a better price on each individual unit.

This can be somewhat justified under the theory that the volume discount is open to all buyers, but realistically it’s just a legal way around the act. Amazon and Joe’s New Computer Parts may each get a discount for buying 1,000 hard drives from Samsung, but realistically, Joe can only afford 20 hard drives while he’s building his business.

“The case law has evolved to require a plaintiff to show injury to competition, not just to the individual competitor,” Banks said. “This does not even consider the many defenses that are available, such as meeting competition.” 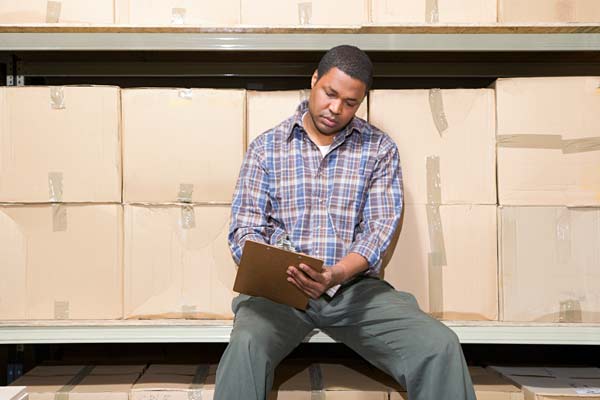 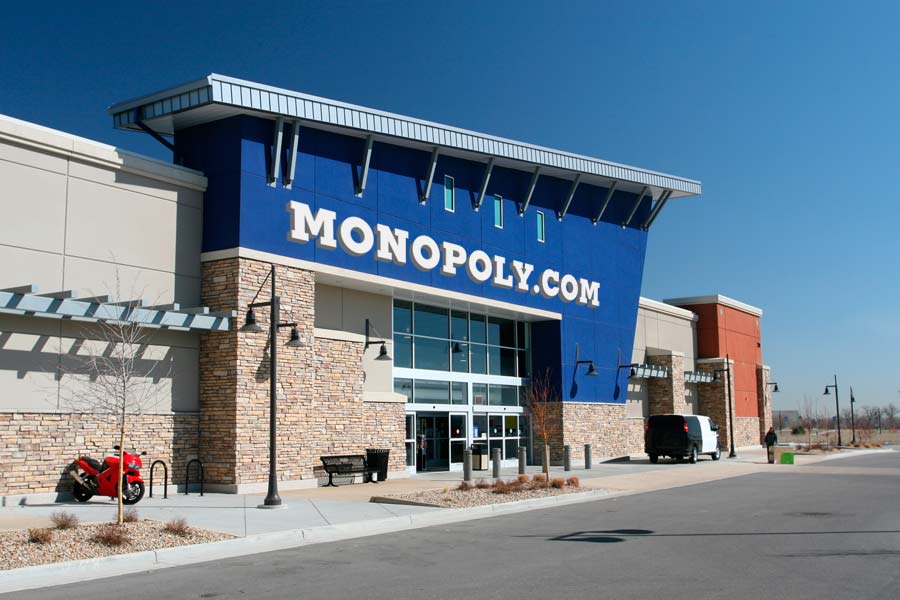 Then there’s the issue of proving damages. Just showing the difference in prices isn’t enough to calculate damages. The plaintiff must show that the price discrimination directly caused lost sales, which are almost impossible to calculate.

“You need to show not only that the sale is at a different price, and that you were hurt, but that it is below cost,” Banks said. “You will have a tough time showing competitive injury since there are many factors that might have gone into a sales decline (e.g., you managed your store inefficiently).”

Latest Robinson-Patman Cases Don’t Look Great for Plaintiffs
While a case involving a separate section of the act and discriminatory promotional services is currently pending before the Seventh Circuit Court of Appeals, actual price discrimination cases under the act continue to be exceedingly rare.

One of the best examples of how courts view Robinson-Patman claims came in 2001 in American Booksellers Association v. Barnes & Noble, out of the northern district of California.

The pricing of books has long been a hot-button Robinson-Patman claim, and in this case, the ABA and 27 independent booksellers joined together to challenge discounts that Barnes & Noble received from Ingram Book Company.

The plaintiffs made a strong showing that there was indeed an agreement in place that benefitted Barnes & Noble and not small booksellers, but the sticking point was damages.

The plaintiffs relied on an expert witness, MIT economist Franklin Fisher, to calculate their damages. Fisher developed a model showing an average of what the plaintiffs paid compared to the terms of an ABA Book Buyer’s Handbook, rather than the actual prices that were paid for books.

The court took issue with the speculative damages and the model’s failure to consider geographic markets. It also noted that book stores face other competition besides just each other (something online commerce would now only further complicate). Summary judgment was granted in favor of Barnes & Noble.

On the one hand, the speculative nature of the Fisher model was fatally flawed when specific damages need to be shown in any antitrust case, and particularly one brought under the Robinson-Patman Act. On the other hand, the amount of certainty that courts expect with one of these claims is nearly impossible to get from any expert, especially when the plaintiffs tend to be smaller businesses without a lot of money to litigate.

“It is difficult for any plaintiff to win a [Robinson-Patman] case since there are many defenses available and it is usually difficult (and expensive) for a plaintiff to prove competitive injury,” Banks said.

Is Robinson-Patman a Zombie Law?
So what we have at this point is a law that could potentially help small businesses thrive, but that the federal government has virtually no interest in enforcing. And if you can afford to bring a civil lawsuit, you’re almost certainly going to lose.

The issue is that while the FTC and Department of Justice could start taking more manufacturers to court to help small businesses, doing so wouldn’t necessarily help consumers, which is at least the federal government’s official line for its lack of enforcement.

“Historically, enforcement of the act has worked to protect competitors at the expense of competition,” said Christina DePasquale, an assistant professor of economics at Emory University and co-author of the recent article “Antitrust’s Least Glorious Hour: The Robinson-Patman Act.” “Eliminating price competition certainly hurts consumers.”

While DePasquale admits that better enforcement of the act would benefit small businesses, the problem is that the act itself, which isn’t exactly the most clearly written law, does a poor job of identifying why exactly price discrimination exists.

“Persistent price differentials are apt to reflect cost differences across customers,” she said. “These differences may be due to service costs, selling costs, purchase volumes, wholesale functions performed by the buyer, and the like. To the extent that the Robinson-Patman Act inhibits such price differentials, more efficient firms will be denied a lower price, which in turn harms consumers.”

Of course, that ignores the fact that to be active consumers, citizens need to actually have money to purchase goods, which come from higher wages. By enforcing Robinson-Patman more often, Congress could put more money in the hands of small businesses to pay their employees, but there’s just no political will to do that.

At the federal level, the best course of action may be to lobby Congress to rewrite the Robinson-Patman Act or replace it with something that is actually enforceable, and that can benefit both small businesses and consumers. Of course, given the current political climate, that is pro-big-business at best and completely paralyzed at worst, getting such a law through Congress anytime soon seems almost impossible.

The other hope for some possible plaintiffs then might be to pursue state claims of price discrimination. But even then some states are going to be more likely than others to pursue these claims, and many attorneys general will take additional factors into consideration before pursuing a case. Just complaining that larger competitors get a price break likely won’t be enough to get a state involved.

“Some state laws might give a plaintiff a better chance, although many state laws follow federal interpretations,” Banks said. “The best chance may be for a plaintiff to convince a state attorney general that things are so bad that it is appropriate for the attorney general to bring an action. Usually there would be an element of unfairness or deception present to justify an action by the AG. Think about the cases where drug companies drastically raised the price of certain prescription drugs.”

Small businesses, particularly those operating online, face a ridiculously unfair marketplace that is squeezing them out. The feds have completely abdicated any enforcement role when it comes to the laws that should protect them. Having state government step in may not be an ideal solution, but unfortunately, right now, it’s all there is.