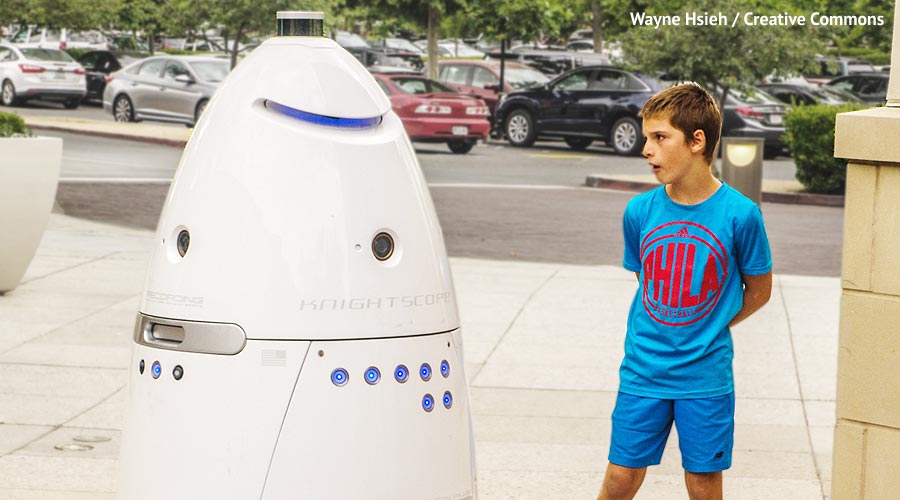 Have the Robot Wars Begun?

The conventional wisdom in Silicon Valley is that robots and AI will usher in a new age of human ease and convenience and greatly enhance the quality of life for humankind. Early indications, however, may be pointing towards an entirely different outcome. Recently, as reported by The Guardian, a rather bizarre series of events took place on the streets of San Francisco: a clash between a robot patrolling city streets and irate citizens who were outraged at a machine functioning in essentially a police capacity. Arguably, such events are a cultural watershed. They also signal just how quickly and dramatically we may begin to encounter the darker elements of dystopian sci-fi narratives such as Blade Runner, The Matrix, The Hunger Games, and Brazil.

The story begins with a highly controversial decision made by San Francisco’s SPCA, located in the city’s Mission District. The organization had been experiencing problems with crime and vandalism on its campus. SPCA management linked that trend to the high numbers of homeless individuals living in encampments nearby. Apparently too focused on animal welfare and not enough on the human variety, the organization decided to hire a robot security guard to patrol the area, discourage the encampments, and drive the homeless away from the area. “We weren’t able to use the sidewalks at all when there’s needles and tents and bikes, so from a walking standpoint I find the robot much easier to navigate than an encampment,” noted Jennifer Scarlett, the SPCA’s president, as quoted in the San Francisco Business Times.

The robot (a K5 model nicknamed K9 by the SPCA), was specifically designed by security startup Knightscope for crime prevention, with GPS, lasers, sensors, and cameras to avoid obstacles and monitor its surroundings. It patrolled the campus and surrounding sidewalks, taking action against individuals not recognized on a pre-approved list. The organization chose this approach because, at $6 an hour, K9 was less expensive than a human security guard.

A visit to the Knightscope web site reveals some fun facts about their robot products. The landing page banner advises us to “Meet the Security Team of the Future.” There is a list features offered by the various models. The SPCA’s model stands 62 inches tall and moves at a top speed of three miles per hour. It can read up to 300 license plates per minute and the marketing language suggests possible uses such as employers creating blacklists of terminated employees so they can be identified if their cars are spotted in company parking lots. What any of these devices does when it apprehends a suspected transgressor is not specified.

Irate Citizens Push Back
What SPCA management didn’t anticipate was an overwhelmingly negative response from city residents and pedestrians. One resident living near the SPCA was approached by the robot while walking her dog, upsetting both her and her pet. She sent a letter to the SPCA to complain. The targets of the robot’s policing—the homeless—were, of course, not pleased to be chased around by a vicious electric can opener on wheels that lacked the capability to listen or respond to specific situations. At one point, K9 was knocked over and outfitted with a tarp. One enterprising individual poured barbecue sauce over its sensors. 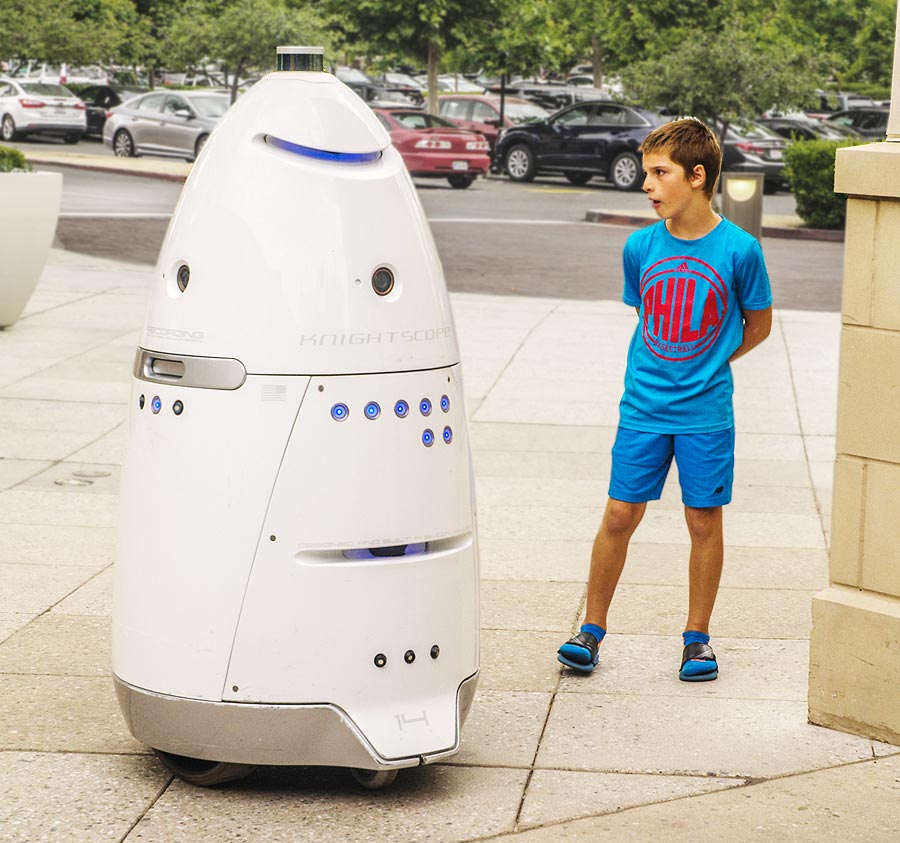 Other forms of pushback found more organized expression. Walk SF, an advocacy group that successfully promoted a ban on food delivery robots, took action to oppose the SPCA decision. Previously, Walk SF had mounted a campaign on its web site under the banner “Sidewalks are for People, NOT Robots!” The site pointed out that “Sidewalks are the only dedicated space on our streets for people walking—and they should stay that way…companies are illegally operating robots on San Francisco’s already crowded sidewalks. These delivery robots clog sidewalks, block curb ramps and create hazards for children, seniors, and people with disabilities.“ It then urged residents to sign a petition and attend a public safety meeting that was held at City Hall on October 11th.

Pushback from the public proved to be effective: city officials ordered the SPCA to keep the robot off the sidewalks or face a $1,000-a-day fine. In an era of increasingly dehumanizing government and corporate policies, it’s likely that the use of robots for private security purposes will increase unless citizens take decisive action like the residents of San Francisco. It’s also worth noting that this isn’t the first time such incidents have taken place. In January 2017, a Knightscope robot was spotted patrolling the streets of New York City. And, in July 2016, a security robot guarding a California shopping mall collided with and injured a toddler.

China’s Disturbing Plans for Robot Police
It may be just a matter of time before robots are used in the US not just for private security but to augment existing police departments for crowd control and other purposes. This has already happened in China where a robot was recently unveiled that uses an electrically charged riot control tool, similar to a Taser. Police robots with facial recognition software and an extendable electroshock arm are already being tested in Beijing for crowd control.

AI technology combined with robotics can be human-friendly or not depending on who is using it and for what purpose. But if the trend to use robots for policing and military purposes continues, then it’s conceivable that what happened in San Francisco might grow into a larger cultural dynamic. Some form of “robot wars” between humans and robots might even become a reality and not just a clever sci-fi movie hook.

The increasing deployment of robots in everyday situations is happening all too quickly and without oversight or thought as to what kind of society and culture they’re creating. Will humans eventually become subservient to and controlled by AI-enhanced devices used by elites and government entities that are no longer responsive to human social needs? If that happens, will the populace fight back? And will that even be possible given the increasing sophistication of such devices? Only time will tell.