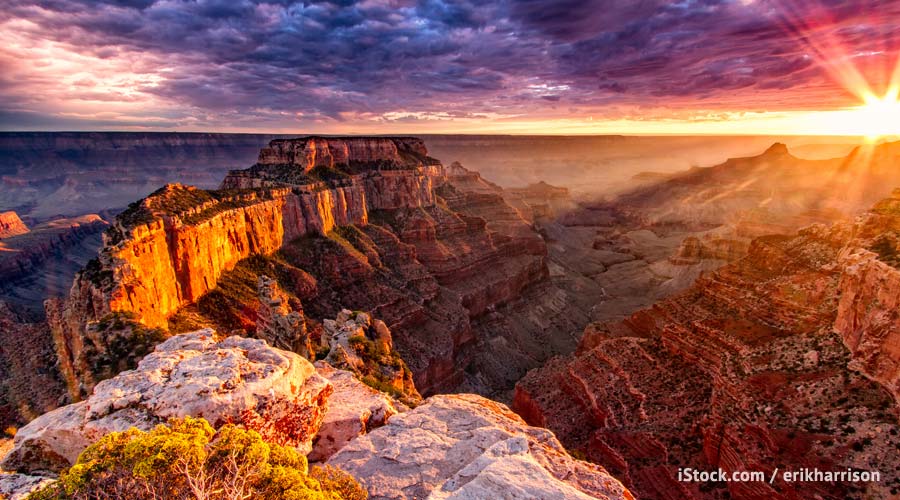 From the Sublime to the Ridiculous, part one

It is exactly two hundred years ago that Byron, Percy Shelley, and his wife, Mary Shelley, were sequestered by a Swiss lake, hemmed indoors by the most wintery summer modern man had endured. We now know, as they did not, that “the year without a summer” was caused by the previous year’s eruption of Mount Tambora far away in Indonesia. That restless mountain had launched, up to forty kilometers in the air, enough ash to cover the entire surface of Britain knee-deep. But it was the extraordinary propulsion of sulphuric gas, translated into a giant stratospheric screen of acid droplets, which chilled and darkened the days, halting the 1816 harvest in the ground from the Carpathians to the Berkshires. Thus constrained from outdoor pleasures, Mary Shelley wrote the great novel of humanity and technology, which she partly named after the Greek deity Prometheus—the fore-thinker—who brought fire to mortal men.

Amid its many themes, Frankenstein confronted readers with the consequences of humans’ compulsive hubris, as Dr. Frankenstein’s knowledge outruns his wisdom. Though blessed with god-like insight into the secret spark of life, Frankenstein is not endowed with foresight—from the moment of his creative act, a litany of unintended consequences steadily overwhelms him. This is, broadly speaking, the same principle as the fall of man that unfolds in the first book of the Hebrew Scriptures. In Genesis, rejecting stewardship for autonomy and grasping for God’s purview without his omniscience, man’s arrogant presumption brings him shame and alienation. Frankenstein is horrified by his own creature—“now that I had finished, the beauty of the dream vanished, and breathless horror and disgust filled my heart”—but, later, his native Alps rouse a starkly contrasting emotion. “The immense mountains and precipices that overhung me on every side—the sound of the river raging among the rocks, and the dashing of the waterfalls around, spoke of a power mighty as Omnipotence—and I ceased to fear, or to bend before any being less almighty than that which had created and ruled the elements, here displayed in their most terrific guise.” This was the archetypal experience of Romanticism: the sublime. To experience the sublime was to be overwhelmed by that which was gloriously beyond the reason and artifice of man.

As European Romantics engaged in the pseudo-religious veneration of majestic nature, across the Atlantic, a similar infatuation with astonishment-inducing natural sights drew some Americans to Niagara Falls and, eventually, the Grand Canyon. These places, to employ F. Scott Fitzgerald’s famous phrase, were “commensurate to [their] capacity for wonder.” For many Americans, they were also shrines of a civil religion that located American exceptionalism in its vast and awe-inspiring landscape. But even as Mary Shelley wrote her tale of a thousand cautions, America had settled its second and last war of independence and began to develop a different defining characteristic. As the technological harnessing and manipulation of nature on a grand scale became seemingly central to the new republic, Americans were given a new focus of astonishment: “technological majesty,” as the late and legendary scholar of American history Perry Miller described it, or, in the formulation of MIT’s David Nye, “the technological sublime.”

“For almost two centuries,” Nye states, “the American public has repeatedly paid homage to railways, bridges, skyscrapers, factories, dams, airplanes, and space vehicles.” The raw power and grandeur in American industrial innovation, and the awe and wonder it provoked from the steamboat to the steel mill, connected technological development with an aura of civilizational triumph, further enshrining a technological determinism—which assumed both the rightness and inevitability of technologically-driven progress—in the American character. The idea of technology as a tool with which America would push mankind into a new era was another pseudo-religious concept that was indivisible, just as the sublime visions of American wilderness and paradise had been, with the dream of America as a New Jerusalem. Antebellum America was a place in the grip of both popular evangelical revival and a civil religion of American progress. Though far from identical phenomena (and sometimes at odds), they had a common concern with the imagery and reality of redemption, and, in Perry Miller’s view, elements within both helped form a formidable tide of perfectionism. As the perceptive writer on technology and religion, Michael Sacasas, summarizes, “Americans blended, almost seamlessly, their religious affections with their veneration for technology until finally the experience of technology took on the unifying role of religion…a remarkable faith in technological progress that has been periodically rekindled by one sublime technology after another.”

Such a vision had all the more power because variants of Christianity had long associated technological determinism with millennial expectation. In most orthodox Christian theology, it is decline that marks the general path of human history, alongside a simultaneous spread of God’s grace through the gospel until it touches all nations and this age ends. This gave many Christians an identity as pilgrims, not empire-builders. One does not build a house on sand. But it was also easy for some Christian groups to take their optimism at the inevitable progress of the gospel and apply it to the world in general. On the one hand, they emphasized the image of God in which (the book of Genesis teaches) man had been made, and, on the other, regarded a thousand-year reign of Christ on earth (i.e. the millennium) as something that people could and would usher in, not wait for. As historian David F. Noble claims in The Religion of Technology: The Divinity of Man and the Spirit of Invention, this theological bent, starting in the Middle Ages, “situated the process of recovery in the context of human history and redefined it as active and conscious pursuit rather than merely passive…expectation.” 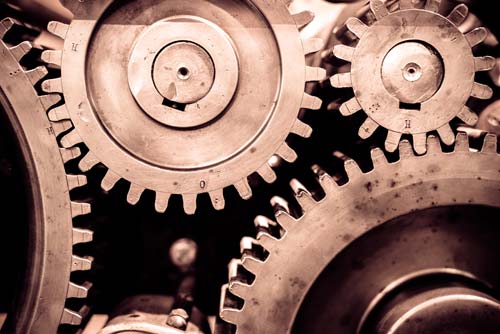 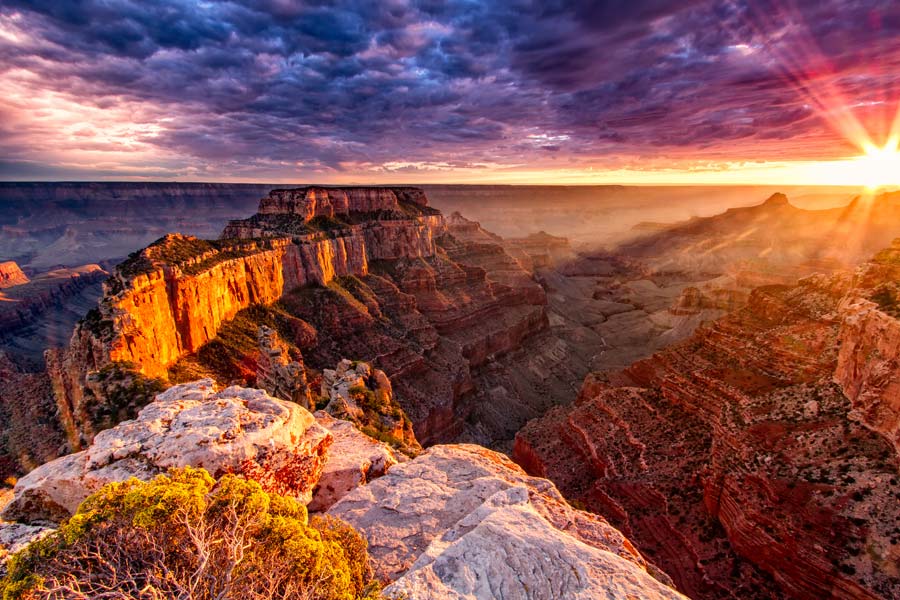 The idea of a renewed and perfected humanity preceding the end of this age fired the Western imagination with a thousand hopeful and grandiose dreams. “This new historicized millenarianism was to have enormous and enduring influence upon the European psyche,” Noble concludes, “and it encouraged as never before the ideological wedding of technology and transcendence. Technology became at the same time eschatology.” It was no mere novelty, therefore, when the technological sublime encouraged many Americans, who were also increasingly loyal to a non-traditional evangelicalism, to conflate technological progress with human development. The adoration of the technological sublime drew strength from popular forms of Christianity to push Americans and Europeans from the nineteenth into the twentieth century with a formidable faith in inexorable human progress.

But even as this was happening, the Western optimism and quest for perfection gradually began to be detached from its religious and pseudo-religious impetus. A specifically Christian respect for the transcendent telos (ultimate goal) of life had given societal legitimacy and emotional momentum to the idea and disciples of progress. How can the integrity of the journey be retained while it breaks away from its driving force? The driving force must be effectively replaced. Technology itself, and science—as the study of the natural world was now revealingly named instead of “natural philosophy”—became increasingly viewed as actors driving the change and principles defining it, rather than means of achieving it. In public discourse, it was initially a subtle distinction, but it was an important one.

The point is that Western hope and belief in progress were constructed on a foundation of transcendental ideas that were increasingly rejected in the application of that hope. And the awkward consequences of this cognitive dissonance are what we are exploring here. The fruit of technology became so ever-present and influential that it was easy, even unconsciously, to think and speak of it as both the mother and the child. Meanwhile, even as scientific discoveries veined the limbs of technology, scientific hypotheses provided explanations for the principle of development which seemed not to require transcendence at all.

But this word transcendence is the crux. Hope is a transcendent emotion and progress is a transcendent idea. While evolution can explain development, it cannot explain progress because there is no reason for the more advanced to necessarily be good, which is what we enduringly understand progress to entail. Gears and pistons get things done but they do not, of themselves, engineer hope. That was why the technological sublime was so important. It inspired “religious” feelings, giving a sense that a connection between meaning and direction in the pursuit of progress had been maintained. In the 1750s, Burke, who defined the sublime for a generation, described experiencing it as a soul-astonishment in which “the mind is so entirely filled with its object, that it cannot entertain any other, nor by consequence reason on that object which employs it.” Indeed, Walt Whitman described an industrial exposition in 1871 in a way one might be embarrassed to describe Everest itself. “Mightier than Egypt’s tombs / Fairer than Grecia’s, Roma’s temples / Prouder than Milan’s statued, spired Cathedral / More picturesque than Rhenish castle-keeps / We plan, even now, to raise, beyond them all / Thy great Cathedral, sacred Industry.” The technological sublime was a reason for people to believe that they were what they hoped to be: heroic authors of a grand new chapter of humanity.

Even though American rhetoric tended to describe the New World’s industrious progress in contrast to the Old’s, the use of Christian ideas of progress to sacralize technological development was far from a uniquely American phenomenon. Britain and northern Germany, for example, were both early pioneers in the practice of modern industry, as well as centers of popular protestant devotion. And while there may have been more tension between the two in Europe, they were synthesized by apologists for industry and commerce. More than a century before Whitman, Scottish poet James Thomson’s technological sublime consisted in the great ships and invigorating crush of sea-born commerce they unleashed on the streets of Georgian London. “Like a long wintry forest, groves of masts / Shot up their spires… / The roaring vessel rush’d into the main. / Then too the pillar’d dome, magnific, heaved / Its ample roof; and Luxury within / Pour’d out her glittering stores: the canvas smooth… / All is the gift of Industry; whate’er / Exalts, embellishes, and renders life / Delightful.” To say this is the harnessing of religious expression to deify human technology and attainment is to state the blindingly obvious.

But what is far more pertinent here is the more recent technological sublime in places where the severance of religiously-inspired perfectionism from transcendence was overt: the European communist world. Communism’s secular “religion” carried an emotional weight with which the secular liberalism of Western Europe and America struggled to compete. But the allegedly scientific communist ideology had no scientific answer for why it would be that the course of history was ever upwards rather than circular, downwards, or randomly without direction. And so the dogmas of communism were only sustainable and viable to the degree that they could be manifested to the public in material results. In a reverse of Judeo-Christian theology, communism posits that humanity reflects the world, and so, for the new communist man to develop, a new communist world had to be made in which to nurture him; a Gordian knot of a paradox that communist states struggled to cut.