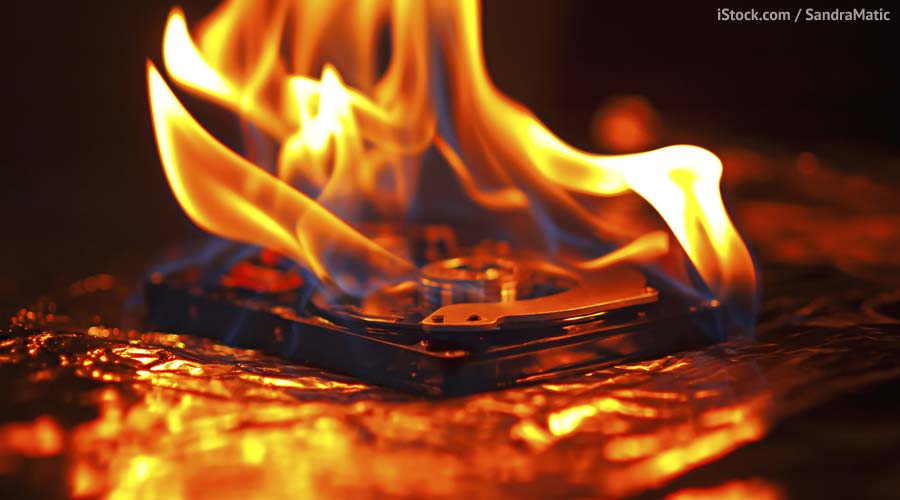 Technophobic, traditionalistic, anti-modern, retrograde, clueless—these are words conjured up by that most loaded of terms, Luddite. The definitions say it all. Macmillan: “Someone who does not like new technology and who tries to avoid using it.” Merriam-Webster: “Broadly, one who is opposed to especially technological change.” Even the Urban Dictionary parrots this trend in its irreverent way: “One who fears technology (or new technology, as they seem pleased with how things currently are…why can’t everything just be the same?)…”

The consensus is clear: a Luddite is a person who resists change, especially of the technological ilk; except that linguistic consensus doesn’t necessarily equate with historical accuracy. To understand the word Luddite we need to immerse ourselves in the dramatic social and economic upheaval of the Industrial Revolution of early 19th-century England. The original Luddites were named after Ned Ludd (or “King Ludd”) who was almost certainly a fictional character and a convenient, romantic cypher for the movement. The Luddites were neither opposed to technology nor inept at using it. Many were highly-skilled machine operators in the textile industry. And the technology that they (literally) attacked wasn’t even particularly new. One of the Luddites’ favorite machines to smash was the stocking frame, a knitting machine first developed more than 200 years earlier by William Lee. In fact, machine-smashing had been going on in England since the 1760s and was a mainstay of protest during the French Revolution of 1789.

Context is everything, of course. We need to remember that there was immense mistrust with how the Industrial Revolution was upending work and labor. Society and the workplace were in a state of flux. Things came to a head on March 11, 1811, in Nottingham, a textile manufacturing center in the English Midlands, when police brutally confronted a crowd of protesters demanding more work and better wages. Outraged workers revolted that night against the brutality by smashing textile machinery, followed by similar attacks that first occurred sporadically, and then in waves, all across northern and central England. Soon, a thoroughly alarmed government positioned thousands of soldiers to defend factories and Parliament passed a measure making machine-breaking a capital offense. The bloodiest month was April 1812, culminating in the hanging of three Luddites; hundreds of others were sent to prison or deported to England’s then-favorite social dumping ground, Australia. In just four years, Luddism had both defined a revolution and begun to take on its derogatory meaning.

The Luddites may have smashed machines but one thing needs to be made very clear: they were not anti-machine. Kevin Binfield, the editor of the 2004 collection Writings of the Luddites, notes that the Luddites confined their attacks to manufacturers who used machines in what they called “a fraudulent and deceitful manner.” Binfield states, “They just wanted machines that made high-quality goods and they wanted these machines to be run by workers who had gone through an apprenticeship and got paid decent wages. Those were their only concerns.” This is hardly the stuff of knee-jerk anti-modernists. If anything, the Luddites sound like early welfare socialists, not neo-traditionalists.

Based on Binfield’s contentions, the Luddites were focused on mechanization that allowed for quality to be preserved and workers’ rights to be respected. Integrity, both in terms of production and socio-economic realities, was at the heart of the Luddite movement, not destruction hell-bent on preserving an antiquated status quo. Knowing that suddenly puts the modern (and mostly derogatory) understanding of Luddism into a very different perspective. 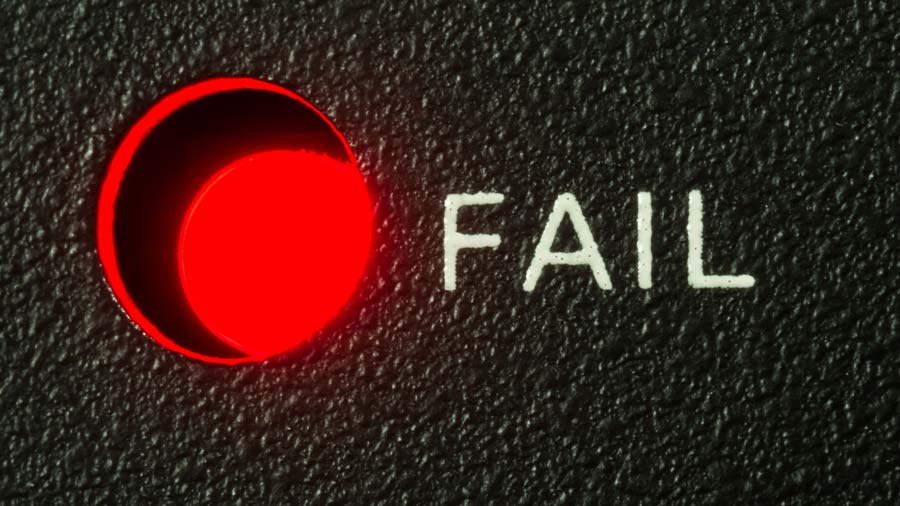 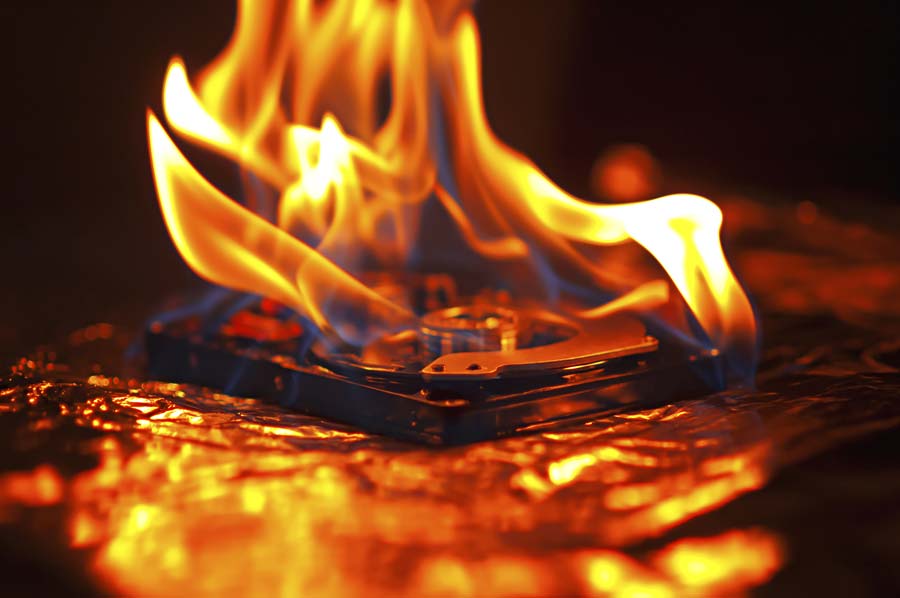 Instead of a rational (read: more historically correct) understanding of Luddite, today the word is a universal stand-in for laughable ineptitude or technological resistance of every stripe. A blogger worries about being “a drinking Luddite” because she hasn’t yet mastered “infused” drinks. An American woman self-attributes herself as a Luddite because she simply “cannot deal with heel heights” given in centimeters instead of inches. A mother worried that their child is online too much is a parental Luddite, according to The Telegraph. And what does Forbes call those who don’t want their smartphone to replace their wallet? Yes, a Luddite. It’s the catch-all phrase for any friction with the new, be it frivolous or serious.

If we are to give the word Luddite due respect, then how should we define it? Importantly, it should not be entirely devoid of a technological context; technology did play a role in the original Luddite movement. The Smithsonian even argues that modern Luddites are at the forefront of technology, except in its malevolent form—designers of computer viruses, cyberworms, and other malware. The magazine opines that, “Even off-the-grid extremists find technology irresistible.” Not only is that a myopic view of the modern Luddite, it’s a patronizing one. We’re back at the whole knee-jerk “destroy-technology-for-its-own-sake” understanding of Luddites. It’s not about smashing the machines—it’s about why they’re being smashed.

The fundamental Luddite ethos is not in opposition to any change, but rather change for the sheer sake of change. The Luddites didn’t detest the machines per se—remember, these machines had been around for decades, even centuries. No, they detested what the rich owners and self-serving establishment were doing to workers’ rights, the dignity of those workers, and the quality of goods.

Our modern equivalent of this change for the sake of change may be the relentless charge towards digitization, cloud computing, automation, and artificial intelligence. Who has stopped to ask the important questions? What of workers’ rights? What of pay and labor practices? How many of us are really winning in the so-called “gig economy”? AI is being touted as inevitable and (like every other “progress” in history) as being highly beneficial. But whom will it benefit? Have the repercussions of a world steeped in AI been properly debated in terms of work, income distribution, civil liberties, and even food security? Not a chance—technology elites don’t need that, now do they?

The original Luddites were neither short-sighted nor ignorant—they were even ahead of their time by realizing that change, however “advanced,” has consequences, particularly for people, their livelihoods, and sense of the world. Modern Luddites are no different—we realize that the cloud and the byte and the robot have consequences, not all of them good. We don’t rail against them because of what they are but because of what they might mean for us all. We don’t rail against Facebook or Twitter because of the facile communications they offer, but because they’re monopolies who have diktats on free speech based on nonsensical “community standards” and who encroach ever more on our private spaces—ditto for the likes of Google, Apple, and Amazon.

The Luddite is not a technophobe, but a technoskeptic. The Luddite is not a naysayer but a person that demands caution and reflection. Luddism is about who we are and what we wish to be as a society. To be a Luddite is to realize that technology doesn’t always have the answers, and to be okay with that. Ultimately, at the heart of being a Luddite is the wish for a world in which people maintain their dignity. There is nothing retrograde or anti-modern or clueless about that.