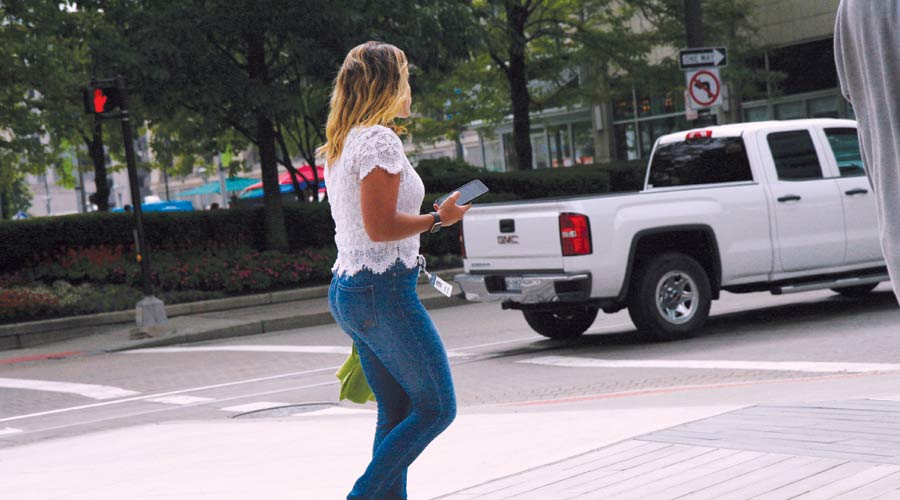 More than a quarter of people in America’s public places are somehow occupied with digital devices. That’s the result of a new visual survey I conducted for The Technoskeptic. Last summer and fall, I examined behavior at various urban crossroads across the country, categorizing different modes of digital distraction. The results make up the cover story of our summer print issue, now available nationally.

Overall, 17,102 people were tallied in 27 locations within 18 metro areas from coast to coast. Out of those, 27.86% were seen holding, looking at, listening to, or speaking into a device. The most distracted places in the survey were the downtowns of Detroit and Salt Lake City, clocking in with device rates of 49.15% and 46.20% respectively. The least occupied with devices? San Francisco’s Chinatown neighborhood at 8.46% and El Paso’s El Segundo Barrio at 11.29%.

You can find detailed maps with results broken down by location here. A lot more information and detail about the survey, including analysis and methodology, is available in the print edition.