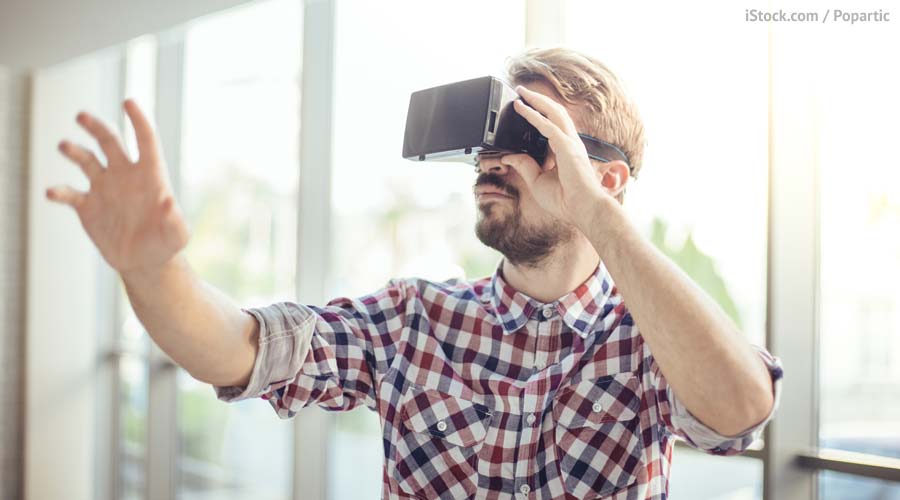 You may remember the promise of virtual reality (VR) from back in the 90’s, and the disappointment that followed when those horrible attempts didn’t do much more than cause motion sickness in some unlucky people. Now VR is back, and it’s supposedly better than ever before. But what are the false promises hiding this time around?

Beyond motion sickness, VR may have the potential to cause other damage to your brain and optical perceptual system. Of particular concern are the effects of virtual reality on children’s developing brains. Currently, VR is only used by a few people and still has a relatively small user-base, but UK market research firm IHS Markit has released a report projecting the number of users to grow from five million in 2015 to 81 million in 2020. Given that potentially massive increase, it’s vital to investigate any possible negative effects VR may have now, before it’s too late.

Thus far, VR research is limited because it’s a very new technology, but short-term use has several well-known negative side effects, including motion sickness in some. The United States Army Research Institute for the Behavioral and Social Sciences (USARIBSS) has decades of experience studying pilots in advanced flight simulators. Although not exactly the same, their research of motion sickness and simulator sickness provides the closest thing we have to a longitudinal study on VR. Motion sickness is distinct from simulator sickness in that it is induced specifically by motion, whereas simulator sickness may be caused by visual motion cues without actual movement of the subject.

The effects of motion and simulator sickness have been labeled a “virtual hangover” with some people experiencing it more than others. Long exposure does create more severe symptoms for a longer period of time, but symptoms are generally better after an hour and rarely persist up to 12 hours after. The Air Force limits their simulator time to two hours to reduce the incidence of simulator sickness, and given that they have the greatest body of data on the subject it seems prudent to take their advice and limit your VR exposure.

There are, however, a few anecdotal reports of people who have experienced extreme symptoms from short-term use. First-hand reports of long-term symptoms from a single use of VR, lasting days or even weeks, have popped up on several blogs and forums. Alex Handy wrote an article on Medium titled “How Virtual Reality Might Break Your Brain” which got a massive response on social media, with people chiming in that the same thing had happened to them. Alex wrote, “I’m still experiencing severe symptoms of dizziness caused by a VR experience from three weeks ago .... Right now, my head feels like it’s being squashed into an iron clamp, there’s a lingering nausea and my eyes don’t seem to be able to focus properly.” He also describes experiencing a worsening of symptoms from being in a car, suggesting that it may be some kind of motion sickness, as well as his unique experience of simulator sickness which included his “consciousness feel[ing] two seconds slower and I struggle to concentrate on anything other than these intrusive mental sensations.”

Although random people on the Internet are not the best source of data, these experiences suggest that more study needs to be done. In his book Being Really Virtual: Immersive Natives and the Future of Virtual Reality, Frank Steinicke, an expert in VR at the University of Hamburg, cautions that although anecdotal reports are to be taken with a grain of salt, the possibility of very rare and severe side effects cannot be discounted. The USARIBSS does not mention symptoms as severe as what some have described, but it does note that one to three percent of people are particularly susceptible to motion sickness and simulator sickness, meaning that there is a vulnerable portion of the population who must exercise greater caution with using VR, particularly for long sessions or over the long term.

The long-term effects of VR use are less understood. In a new article released by Leeds University on Medium entitled “Is Virtual Reality Bad For Our Health?” Professor Mark Mon-Williams writes: “Two decades ago, our research group made international headlines when we published research showing that virtual reality systems could damage people’s health. Our demonstration of side-effects was not unique — many research groups were showing that it could cause health problems.”

Concerns range from potential eye damage to long-term effects on brain function. The potential negative effects on the eye for adults are similar to the well-documented risks of screen use. Eye strain and headaches are commonly associated with VR, and ophthalmologists are concerned that children might develop eyesight problems with excessive VR usage as their eyes grow. Persistent, excessive eyestrain may cause abnormal muscular development, or even contribute to astigmatism. 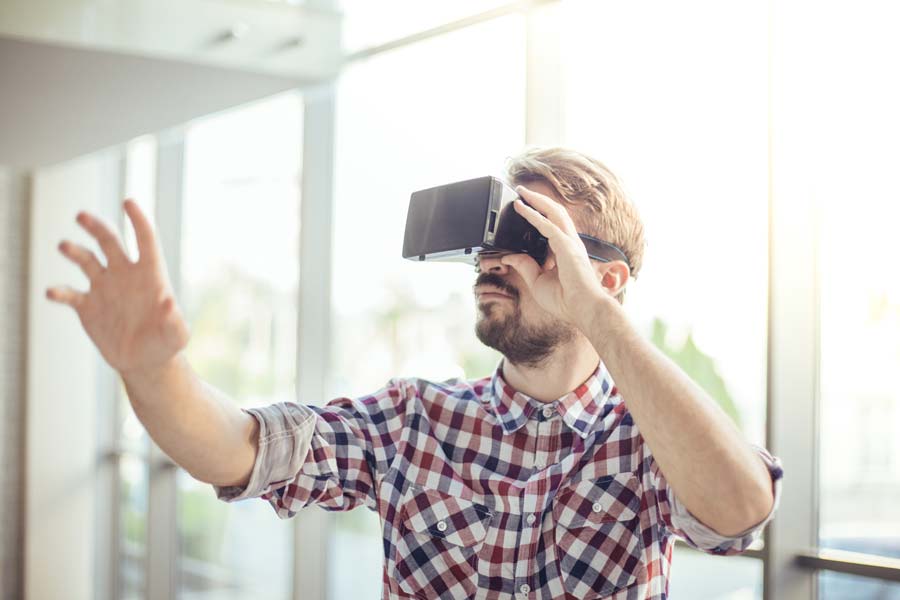 A 2009 study in Archives of Ophthalmology examining 12-to-54-year-olds showed there has been a clear increase in the incidence of nearsightedness, with levels rising from 25 percent of the US population in the early 1970s to 42 percent by the early 2000s. Co-Author Susan Vitale at the National Eye Institute in Bethesda, Maryland told Wired that while the data isn’t certain, “Some people would say near work is a reasonable explanation.” Remember when your mom used to nag, “Don’t sit too close to the TV”? Well she may have been right all along.

Unhealthy eye development is just the tip of the iceberg when it comes to discussing children’s use of VR. The Guardian recently published an article titled “Virtual Reality Headsets Could Put Children’s Health at Risk,” where one out of the 20 kids studied at Leeds University playing a video game for 20 minutes, two of the children had issues detecting distances and one had a drastic worsening of balance immediately afterwards. This very preliminary study puts into question the safety of VR in regards to healthy brain development in children, as well as the potential negative effects of long-term use on the development of children’s eyes and visual system.

Also, 3D representations in VR are more realistic than ever, leading to concern that (much like video games) there may be effects from the psychological impact of exposure to violence or other powerful stimuli. These concerns have also been voiced to a lesser extent for adults as well. VR companies actually warn that children under 12 or 13 should not use VR, and recommend exposure limits. Warnings and age restrictions have done little to reduce children’s access to adult media in all other digital formats, and it’s ludicrous to think people will follow the guidelines without legal regulations put in place to enforce them.

Beyond these issues, there are deeper unanswered questions about how virtual reality might affect the brain. It is not known whether having such a powerful sensory experience in which all sensory modalities are not present might affect embodied perception. As Professor Mon-Williams states, “The problems come when the normal relationship between the perceptual information and the corresponding action is disrupted…. If there is a mismatch between the visual information and the hand movements then ‘surprise’ will result, and the human brain will need to adapt if future interactions between vision and action are to maintain their accuracy. The issue is that the process of adaptation may cause difficulties — and these difficulties might be particularly problematic for children as their brains are not fully developed.”

There is compelling neurologic evidence that shows that humans in VR are experiencing a unique psychological state, one in which our brains are highly active, but selectively experiencing just vision, space, and sound, without multi-modal sensory integration. A 2015 study in Nature Neuroscience tested mice in a simulated virtual space, measuring brain activity as they experienced the virtual environment. Senior study author Mayank Mehta wrote, “The pattern of activity in a brain region involved in spatial learning in the virtual world is completely different than when it processes activity in the real world,” and that the differences are non-trivial and important to understand. VR creates high activity in the hippocampus and cerebellum, but without the other systems that normally activate in the non-virtual world. And that “unique” state should be scary, because your brain has never been in it before. Alex Handy’s experience suggests that this could create “intrusive mental sensations” and habitual use could affect processing pathways and associations in your very plastic and malleable brain, to the point where it would have detrimental effects on your ability to process and understand your physical reality outside VR.

So far, there are only a few concerning anecdotes on the Internet. Yet, because we have so little data, and experts show concern that VR can create measurable changes in the brain, the potential downsides of using VR should be studied further, before long-term use leads to new neurological disorders we can’t even imagine yet. VR is exploding with investment and set to grow exponentially, potentially changing our world, but, as with many technologies, the enthusiasm to embrace the new could mean we are not looking before we leap. Maybe we should wait a while before giving up on reality.