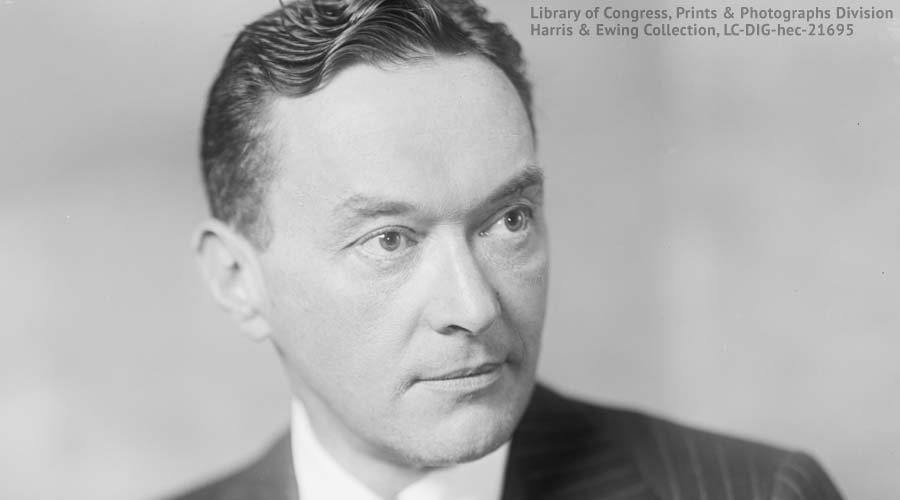 “Men can know more than their ancestors did if they start with a knowledge of what their ancestors had already learned…. That is why a society can be progressive only if it conserves its traditions.” So wrote Walter Lippmann in 1955’s The Public Philosophy. In a time when all of human history is seemingly a mouse click away, we have nonetheless lost an embodied understanding of our ancestors’ wisdom. We’ve been convinced that innovation is the highest ideal, that disruption is to be admired, and that material wealth is the measure of progress. In this context, we could do worse than reacquaint ourselves with the knowledge of at least one ancestor in particular: Walter Lippman.

Lippmann was one of the foremost journalists, political theorists, and philosophers of the twentieth century. He helped found The New Republic, wrote for Vanity Fair, and penned a longstanding New York Herald-Tribune column, Today and Tomorrow, for which he won two Pulitzer Prizes. He had the ear of presidents and the respect of the masses. His 1922 book Public Opinion remains on college syllabi nearly a century later.

Although technology per se was not Lippmann’s usual purview, modernity was a theme he returned to throughout his career; he had a canny understanding of the way it was shaping identity and politics. Lippman saw the modern person as being divorced from any spiritual anchor, community context, and sense of self. Not only did this spell trouble for an individual’s sense of fulfillment, it also had profound effects on geopolitics. His connection of these two ideas in the years between the world wars was astute and prescient; much of his writing in this vein, like this bit from a 1938 column, seems as topical as the latest Twitter feed:

“There are the people who eat but no longer know how their food is grown, who work and no longer see what they help to produce, who hear all the latest news and all the latest opinions but have no philosophy by which they can distinguish the true from the false, the credible from the incredible, the good from the bad. Is it so surprising that as civilization has become more streamlined, democracy has become more unworkable?

For these masses without roots, these crowds without convictions are the spiritual proletariat of the modern age, and the eruption of their volcanic and hysterical energy is the revolution that is shaking the world. They are the chaos in which the new Caesars are born.”

In a 1931 column, Lippmann had already seen the direction things were headed: “When people feel safe and at ease they like to be jollied and told that all is well. But when they are frightened and realize things are really wrong, they despise the easy optimists and like men who are resolute in applying stern remedies.” Those two 86-year-old sentences may do more to explain the 2016 election than any recent cable news analysis.

In December of 1941, mere weeks after the Japanese attack on Pearl Harbor, Lippmann gave the Association Address at the 17th annual meeting of the American Catholic Philosophical Association. It was entitled “Man’s Image of Man,” and in its impassioned tone you can sense the frustration he must have felt, watching the troubles that he had been diagnosing all along culminate in the ultimate act of destruction:

“The modern man is a sick man,” he said, “For the paramount characteristic of the modern man is that he rejects the classic and traditional conception of human nature….” Instead of reason moderating desire, Lippman told his audience, it was now quite the other way around: “This conception of human nature—one in which desire is sovereign and reason is the instrument for serving and satisfying desire—this conception has become increasingly the accepted image of man in the modern world….” 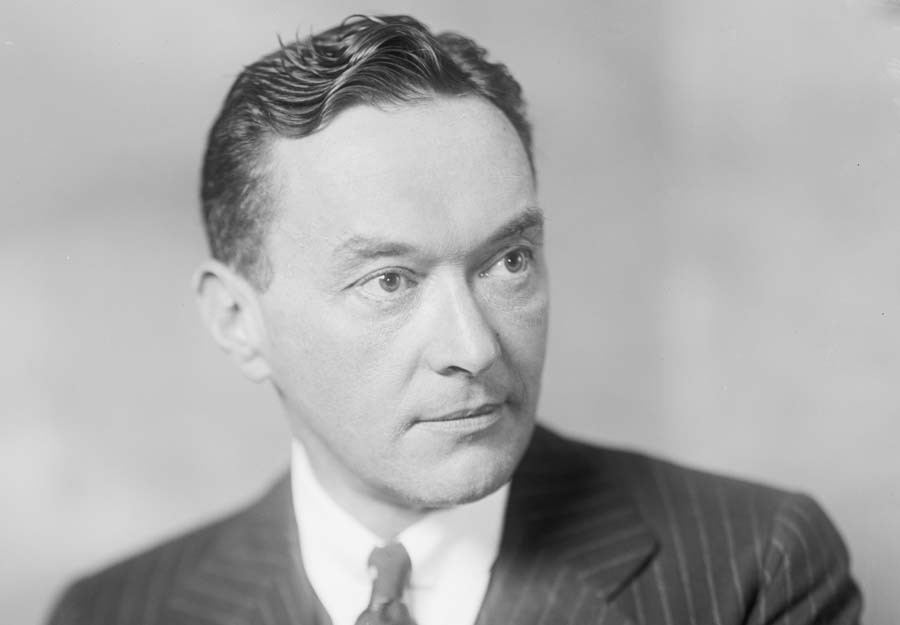 “The social problem of the modern world arises not out of the objective difficulty of providing an adequate material existence but out of men’s subjective expectations, which, because they are unlimited and insatiable, cause violence, inequality, hatred, and frustration….”

“No income can therefore be sufficient to satisfy men’s needs. For the appetite merely grows from feeding it. No standard of living is standard. For there is always a more luxurious standard. No prosperity is rich enough. For the statistical curves on the charts might always go higher still….”

“Their insatiable desires are an unending torture, like that which the gods inflicted on Sisyphus, in which they hunger though they eat, thirst though they drink, feel they are naked though they are clothed, long for love and cannot consummate it, seek and never find, achieve and always fail. This is the bitter core of the unhappiness of the modern man…His true nature, which is to find peace in the rational measure of things, has been deformed by desire that knows no limit and can find no rest.”

In this last assessment, Lippmann, perhaps unwittingly, invokes the Buddhist concept of the Hungry Ghost, a creature with a gigantic belly and a tiny mouth. No matter how much it eats, it cannot take in enough nourishment. As insight meditation teacher Narayan Liebenson explains, it’s “this sense of always craving, always wanting, always having to have.” Buddhist wisdom tells us, as Liebenson says, “You are enough. You don’t need something coming towards you to feel like enough.” But the modern human—with technology as the powerful enabler—is constantly persuaded of the opposite.

As Lippman continued, “this secular man, now dominant in the world, has for his chief article of faith an ideal of secular progress which is totally alienated from and profoundly opposed to the real character of the human person….Thus the modern conception of progress is self-defeating.” Lippmann could not have known about the Oculus Rift or Pokemon Go, but he nonetheless understood that “For disordered men there is at last no solace except in a flight from reality.”

It’s been 128 years since Walter Lippmann was born. He spent a long lifetime seeking to express higher truths meant to guide us towards a more perfect democracy. That his words would have surprising relevance fifty or a hundred years after he wrote them can be taken as evidence of either his enduring wisdom or of our enduring foolishness. Nonetheless, let’s hope another half-century hence we can say, “now we know better.”