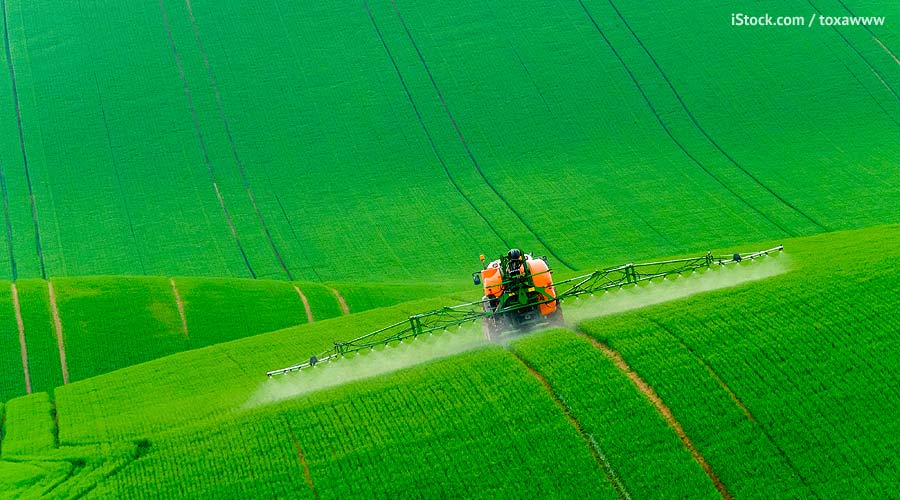 One of the biggest problems the world faces is malnutrition. According to the Food and Agriculture Organization of the United Nations, around one in nine people in the world are food insecure—unable to consume enough food for an active lifestyle every day. While this is still a significant portion of the world’s population, it’s a vast improvement from just 25 years ago. This improvement is largely thanks to the Green Revolution, a series of technological advances in agriculture—the breeding of high-yield grains, fertilization, irrigation, and mechanization—that have allowed farmers to produce more food with less labor in less time.

While these advances have had some positive effects globally, when you look at the industrial agriculture and food systems in the US, it’s clear that something has gone wrong. On average, there are 600 more calories per person available than there were in 1970, according to the US Department of Health & Human Services. Yet more than 23 million Americans live in food deserts—areas where it is difficult or impossible to access a grocery store.

So what are millions of Americans left with? They have access to food, yes, but it is largely the type of food that is known to cause heart disease and type 2 diabetes, two of the most common illnesses in the US. This includes everything from fast food to processed meat to refined grains—pretty much anything you can buy in a package. This sort of mass-produced food is only possible because of these advances in agriculture. How did they do it?

Monocrops are the staple of the modern agricultural system. Farmers used to plant a wide variety of crops to keep the soil healthy and to prevent destruction from pests. Now, genetically-modified seeds (often called “Roundup Ready”) are capable of withstanding herbicides and pesticides, meaning that farmers can control pests chemically rather than biologically. However, these plants were genetically modified not for optimal health benefits or even taste, but simply to withstand chemical treatment. That has left us with a homogenized system of fruits, vegetables, and especially grains that are lacking in both nutrients and flavor. A large majority of these crops are used to produce packaged and processed foods. Plus, monocrops strip the soil of its nutrients, and the application of pesticides further damages the environment.

What’s worse is that farmers are often unable to stay in business unless they produce these kinds of crops. Small family farming, which used to be a cultural cornerstone of middle America, is now a smaller and poorer industry than ever, and the communities that used to thrive on small farms now face economic disaster. Many people have had to sell farms that had been in their families for generations to commercial growers, completely surrendering their way of life. For example, in 2014, the Washington Post reported that, “The number of farms in the country has fallen by some 40 million between then and now—from more than six million in 1935 to two million in 2012. Meanwhile, the average farm size has more than doubled, and the amount of total land being farmed has, more or less, remained the same.”

America has come so far down this path that few of us remember what real food is. The diet and packaged food industries want us to believe that our problem is fat or carbs or whatever the demon food of the month is. In reality, our problem can’t be solved with low-carb Hot Pockets or fat-free salad dressing. We can only maintain our health by eating more fresh fruits, vegetables, and whole grains.

For those in food deserts, the poorest people in our country, obtaining fresh fruits and vegetables regularly is nearly impossible. They are the ones who suffer the most from diet-related diseases. But it doesn’t have to be that way. The countries with the diets least likely to lead to so-called “lifestyle diseases” include African nations such as Chad, Sierra Leone, Gambia, Mali, and Uganda. You won’t find a Whole Foods on every corner in these countries. What you will find are local farmers producing a variety of grains, fruits, vegetables, and legumes that people have been eating for centuries. Yams, jollof rice, and dried fish are common dishes.

Yet these countries are viewed as less agriculturally productive than the US. They are our definition of poverty. But according to Vandana Shiva, environmental activist and writer, the idea that subsistence farming equals poverty is a myth that depends on “an assumption that if you consume what you produce, you do not really produce.” Since farmers in these countries do not contribute significantly to GDP, we see their contributions as meaningless. This concept stems from a gross misunderstanding of true value. Money is symbolic and inherently meaningless until we assign it some sort of significance, whereas food is necessary for life and has value even when divorced from the economy. If these people are lacking material goods but enjoy a high quality of life with healthy food and a connection to their land, is that real poverty? 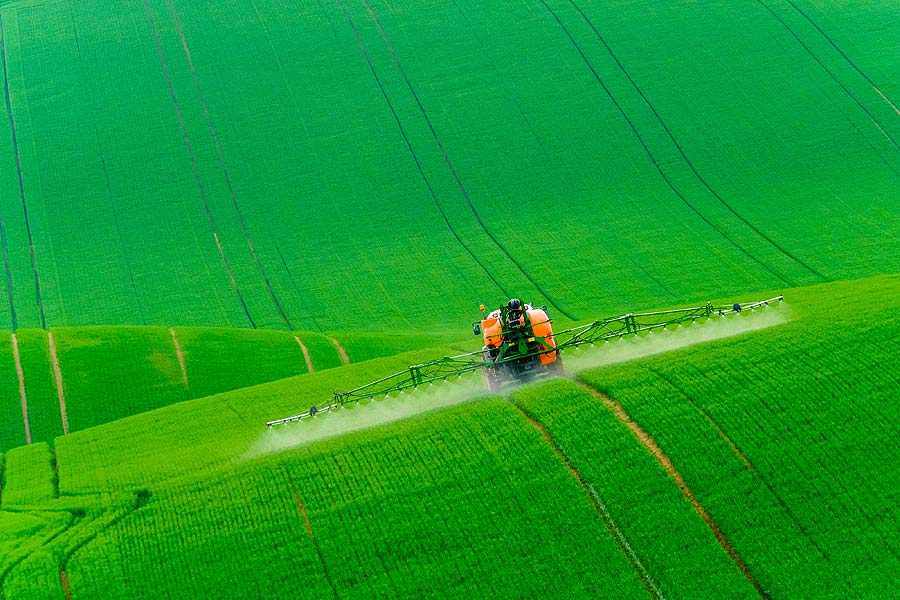 According to Shiva, Third World countries have the answer to the problems in our industrialized food system. But the environmental exploitation of these kinds of countries by the Western world is making it harder and harder for people there to support themselves agriculturally. We ruin the land they depend on for sustenance with the same destructive practices we’ve already used here at home and then force them into our own economic framework, which creates real poverty—a lack of access to food, not lack of access to the latest iPhone.

The insanity in all of this is that healthy food could be much cheaper if people had the environmental resources and knowledge, but we’ve convinced ourselves that it’s the most expensive way to eat, out of reach for many Americans. If we had ways to grow real food and distribute it locally, which is how people have eaten for the vast majority of agricultural history, it would be by far the least expensive way to eat and would be available to people of all economic backgrounds.

Luckily, local and sustainable food is becoming more and more popular in the US. And while farmer’s markets are not always accessible to those in food deserts, many organizations like New York City’s Green Cart initiative are doing what they can to offer fresh fruits and vegetables to areas with limited access to healthy food. This program works with vendors who are willing to sell only fresh fruits and vegetables at stands in low-income neighborhoods where it might take over an hour and multiple buses to access a grocery store. Plenty of local farmers markets like these are popping up all over low-income areas in urban centers. 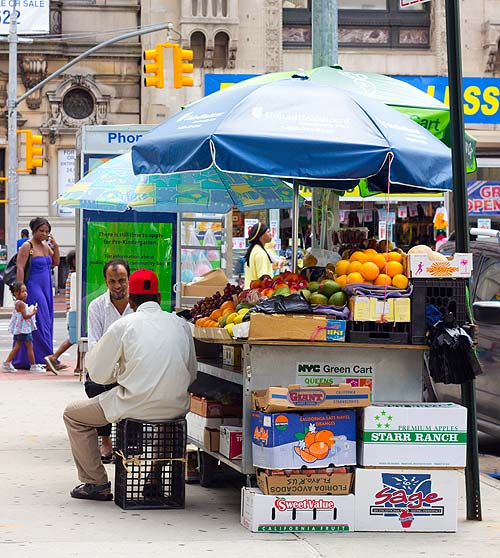 Some might say that this push toward local, small-scale farming will take us backwards in terms of solving the problem of world hunger and malnutrition. But recognizing the benefits of a less-industrialized food system does not mean we have to throw all the successes of the Green Revolution out the window. Advances in transportation and communication can allow us to find creative new ways to get food to those who truly don’t have any other way to access it. But we first have to accept that filling bellies isn’t good enough if it leads to a population riddled with disease and obesity or despoils the environment. Cheetos and microwave meals aren’t the answer and never will be.

This should not be a controversial issue. Both the producers and consumers of food suffer under our industrialized food system. We are tricked into buying food that is bad for us, bad for the environment, and bad for the farmers producing it. It even tastes worse than food grown locally and organically. For those of us who do have the resources to support local agriculture, it’s time to reject industrial agriculture and find our way back to healthy, affordable, and delicious food. We have nothing to lose.